Kelechi Iheanacho's career is at a crossroads

Eyebrows were raised when Leicester City paid £25m to sign Kelechi Iheanacho in 2017, and two years later the 22-year-old finds his career at a crossroads. Iheanacho has struggled for form and playing time at the King Power Stadium and has come under criticism from Nigeria’s head coach for a lack of professionalism, resulting in his being dropped from the national team.

Rohr said to Oluwashina Okeleji of BBC Sport: “I think (Iheanacho) must be more professional. We're not satisfied with his performances the last time he was with us. It's not good enough to be funny all the time. You must show that you are serious by working hard every day in the training sessions. And show that you seriously want to come back into the team at the club and also with us."

Leicester manager Brendan Rodgers came to Iheanacho’s defence by insisting he’s working hard in training to turn things around, but such claims are contrary to the evidence. The Nigeria international has been reduced to cameo appearances at the end of games and hasn’t found the back of the net in any competition since September 2018.

After scoring and creating 28 goals in 63 games at Manchester City (ESPN), the centre-forward was predicted to shine in the East Midlands, but he’s fallen under the weight of expectation. Iheanacho has been named in 75 of Leicester’s matchday squads, but he’s been an unused substitute in 21% and came off the bench in 44%. So, what’s gone wrong for him? 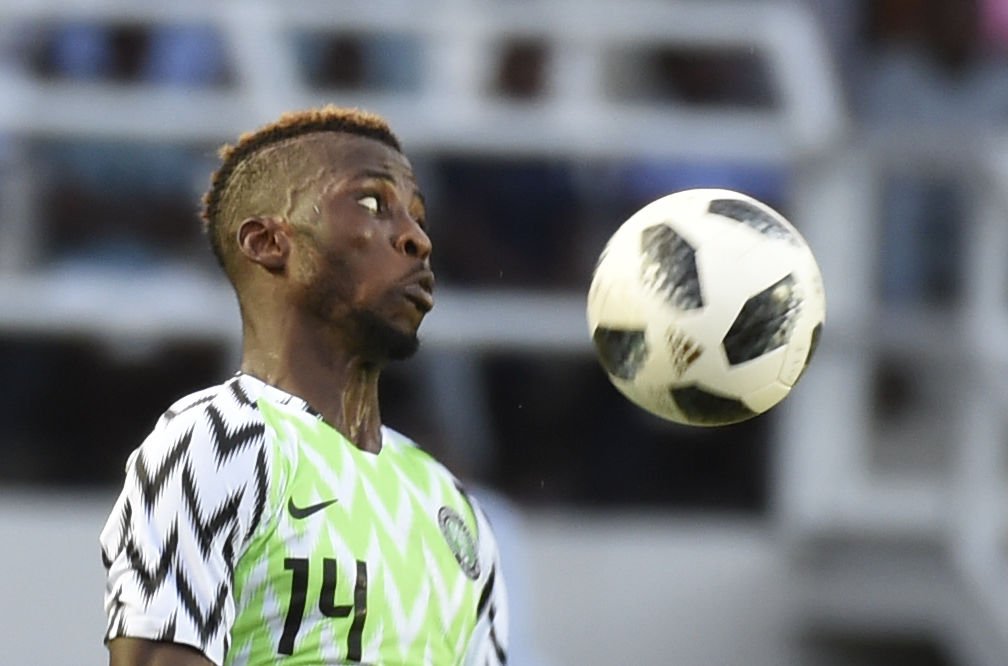 Iheanacho had to wait seven months before scoring his first Premier League goal for Leicester – ending a 14-game drought. He’d netted in the EFL Cup against Leeds [October 24, 2017] and FA Cup against Fleetwood [January 16, 2018] & Peterborough [January 27] but struggled to cope in the top flight. He failed to make a league appearance between late-November and mid-January too, spending two months on the bench or out of the matchday squad.

The 22-year-old ended 2017/18 with eight goals in 29 games in all competitions, just three of which came in the league and his second season hasn’t gone any better. Iheanacho has scored just one goal in 26 league appearances this campaign, racking up less than 900 minutes of football. He’s been reduced to cameo appearances in 2019, amassing less than an hour of football and hasn’t netted a goal in seven months.

Leicester probably thought they had a long-term replacement for Jamie Vardy when they signed Iheanacho, but he hasn’t shown any indication of taking on the scoring burden when the 32-year-old hangs up his boots. Instead, Vardy remains as prolific as ever, hitting double figures for league goals in four consecutive seasons [24 in 2015/16, 13 in 2016/17, 20 in 2017/18 and 13 in 2018/19].

Future at Leicester may hand in the balance

Rodgers appears to have given up on Iheanacho in recent weeks, handing the out-of-favour striker one minutes of normal time against Brighton & Hove Albion [February 26], seven minutes against Watford [March 3], none against Fulham [March 9] or Burnley [March 16] and one against Bournemouth [March 30].

It’s fortunate that Vardy has missed only four league games this season, as Leicester wouldn’t have coped without his goals. The former England international continues to play a full 90 minutes most weeks as Shinji Okazaki and Iheanacho haven’t been good backup in attack. Leicester have spent close to £31m (£25m transfer fee, £6m in wages) for the striker who has four league goals in 47 games to show for it.

The Foxes showed a lot of faith in Iheanacho, selling Ahmed Musa and Islam Slimani while loaning out Leonardo Ulloa last summer, but the decision appears to have backfired.