I know. Basketball isn't football. Sometimes, it doesn’t matter. They serve the same purpose: to inspire. Figures rise from both [as well as other competitive forms] and, when they rise, lift us with them. Some do it even as you hate them. In that respect, Kobe Bryant resembled Cristiano Ronaldo.

Those words sum up both men. While they weren’t shy in flashing their success, each dedicated himself to his game. As Ronaldo leaves everything on the pitch, Bryant left it all on the court. Kobe did everything to be fit and prepared, as does Ronaldo, each defined by their desperate need to win.

Desperation is a condition commonly associated with addiction. To serve his addiction, Ronaldo gives his entirety, spirit, mind and body, while demanding teammates do the same. As did Kobe. His demanding nature drove the self-absorbed centre, Dwight Howard, out of Los Angeles. Mamba didn't care. Either you wanted to win or you didn't.

While Ronaldo and Kobe each sought to be the greatest, both suffered rivals they could not overcome. In the eyes of most football fans, Lionel Messi is the GOAT. Kobe doesn't stand quite as tall in basketball lore as Michael Jordan. Unlike their nemeses, however, Kobe and Ronaldo's influence extends beyond the game and its trappings.

Maybe it's a stretch to talk about Ronaldo in the artistic sense given he doubles as a fashion model but, to be fair, he's building a business empire in arenas foreign to football and athletic gear.

After he retired, Byant chose an entrepreneurial path as well. He started a venture capital firm in partnership with Web.com founder Jeff Stibel. Bryant Stibel engaged with major clients such as Starbucks, Dell Computers and Epic Games [Fortnite]. In addition to major corporations, the company worked with other top athletes who sought to grow beyond their sports, such as Kobe’s fellow Laker alumnus, Magic Johnson and Olympic swimmer Michael Phelps. 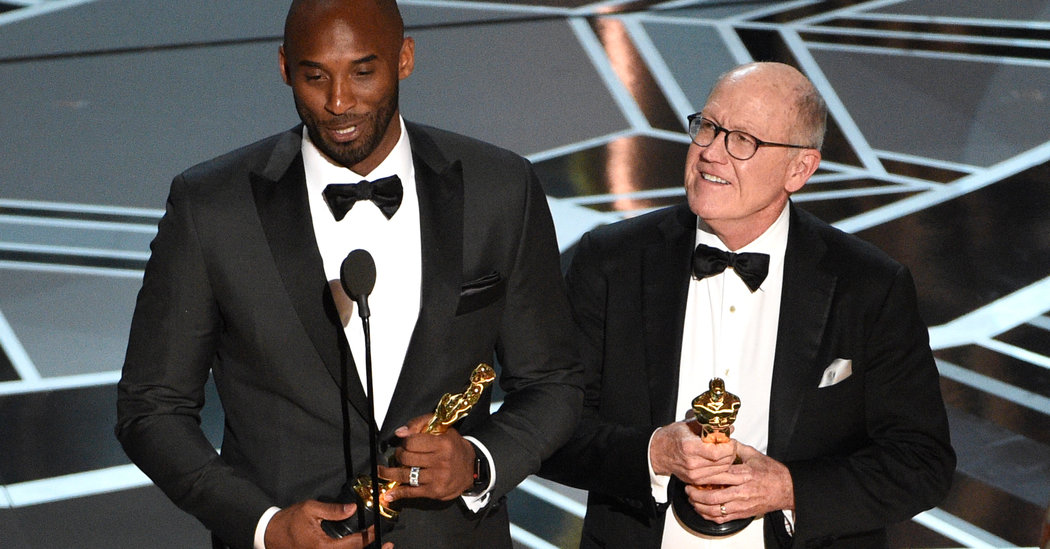 Michael Cooper
coopnytimes
Follow
When the master of scoring sought out the master of the score https://t.co/GFCXTGUG8O
Follow
02:05 AM - 27th Jan 20
14
41

But Bryant wasn’t satisfied with expressing himself through business. He sought to flex his artistic muscle in other media. He wrote and published a poem, Dear Basketball, in the Player’s Tribune, allowing the verse to announce his pending retirement.

A classical music enthusiast, he then recruited conductor/composer John Williams, famous for his Star Wars and Disney work, and former Disney animator Glen Keane to create an animated short film based upon Dear Basketball. He worked closely with both, even discussing how he used Beethoven’s Fifth to set the rhythm in one NBA game.

I asked myself a question. What makes a John Williams piece timeless? How is he using each instrument? How is he building momentum? As a basketball player, what I found myself doing a lot was essentially conducting a game, right?

In 2018, Bond over Beethoven won the Academy Award for Best Short Animated Film. Along with his five National Basketball Association titles, two NBA Finals Most Valuable Player awards, two NBA scoring titles and one NBA MVP, Bryant had an Oscar in his trophy cabinet.

Some artists, like Messi and Jordan, create in a single medium. Others, like Ronaldo and Kobe, branch out in unexpected ways. In the same manner that Kobe reached out to John Williams, the heavy metal band Metallica collaborated with Michael Kamen and the San Francisco Symphony on the album S&M [Symphony and Metallica]. Ex-Sunderland and Wolverhampton centre-back Jody Craddock mixes classical sculpture and modern art in his painting. Journeyman midfielder and leg-breaking tackler Vinnie Jones took up acting, as did another artist who left us too soon, David Bowie.

If football is the only sport that does it for you, that’s alright. But if you can appreciate artistry and inspiration in other forms, you should take a moment out of your life to pay respect. Whatever his game, Kobe Bryant ranked among the greats.

People say stats don’t lie. Lionel Messi recently surpassed Cristiano Ronaldo as the all-time scorer at a top European club. At the writing, he has 614 goals for Barcelona…