Is Lazio the Serie A dark horse?

Until Liverpool and Manchester City raised the bar, the Premier League was often hailed as the game's most competitive. La Liga was a two-horse race, Ligue 1, the Bundesliga and Serie A not even that. Juventus' dominance in Italian football extended to eight years in 2018/19. Napoli rose up to challenge them under Maurizio Sarri but lacked the stamina to push the race to the wire. This term, Inter promise that stamina under Antonio Conte. Rather unexpectedly, so do Lazio.

Conte uses his weapons effectively. Heading into Matchday 24, the Beneamata sat level on points with the Bianconeri atop the table. Coming out the other side, however, they found themselves three points off the pace. While the Old Lady dispatched Serie B-bound Brescia 2-0 at the Allianz Stadium, Inter failed to sack Rome, losing to Lazio 2-1 at the Stadio Olimpico.

Simeone Inzaghi's men are on a decent run. The victory over Inter lifted them into second, a point behind Juve. Only Atalanta scores more than the Biancocelesti's 55 goals in Serie A. No one holds a greater goal difference than their 34. In Lazio's last 19 league matches, they've won 15 and drawn the other four. Their last Serie A defeat came to Inter at the Giuseppe Meazza in September. Imagine going unbeaten that long and still flying under everyone's radar. 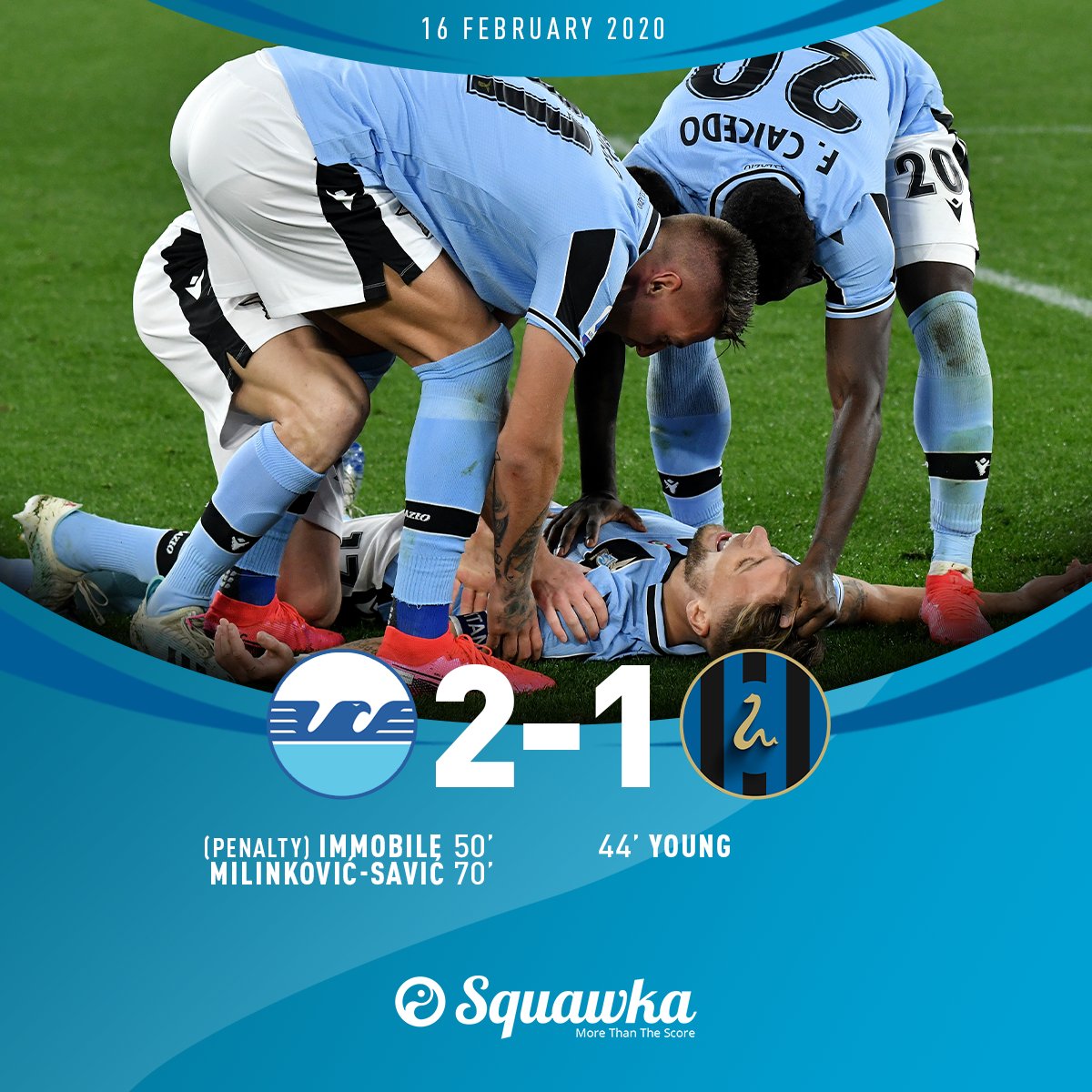 Along the way, they've defeated both their title rivals. In December, they knocked off the champions twice by identical 3-1 scores, once in league play, the other to claim the Supercoppa d'Italia. Yet, all the talk still swirls around Inter and Juve.

The Eaglets have what it takes to go all the way. The team is firing on all cylinders. Ciro Immobile tops the scoring chart with 26 goals. Luis Alberto feeds him like Serie A is an all-you-can-eat buffet. Joaquin Correa and Sergej Milinkovic-Savic provide additional threats. Felipe Caicedo keeps coming on to score late winners. Lucas Leiva shields a defence anchored by Francesco Acerbi. Young Albanian Thomas Strakosha quietly handles his business in the shadow of goalkeeping stars like Donnarumma, Handanovic and Szczesny.

Lazio are a match for any Serie A Club. They also operate without the stress or distraction of European or Coppa d'Italia matches. Inter and Juve must deal with Europa and Champions League obligations respectively. In March, the pair have it all to do in the second legs of their Coppa semifinals. The Old Lady hosts Milan with their tie level at one following a contentious match at San Siro. Inter must travel to the San Paolo to overturn a 0-1 deficit to Napoli. Simone Inzaghi's squad need only worry about the Scudetto. The manager can take time to work with his squad extensively between matches and those players with niggling injuries and knocks will enjoy time to recover.

To everyone's surprise, Serie A is a three-horse race in 2019/20 with the Biancocelesti coming up hard on the outside. For once, the Scudetto promises to go down to the wire. Who's complaining?