The first trophy on offer in English football is approaching the critical point. After Burton Albion and Manchester City booked their places in the last four last night, the remaining two will be known today. North London rivals Arsenal and Tottenham collide at the Emirates Stadium while Chelsea have the small matter of Eddie Howe’s backpedaling Bournemouth to dispatch. Winners on the night will complete the semi-final quartet.

So far, everything is set up in Chelsea's favour to make the last four. Not least the fact that Maurizio Sarri's men play at home to a Bournemouth side that has dropped into the bottom half of the Premier League for the first time this season. Once progress is secured, and that is the most likely outcome, the Italian tactician can begin to seriously dream about his first taste of silverware as a manager.

From leading Empoli to the top flight of Italian football, to guiding Napoli to a second-place finish in Serie A, the former banker has yet to lift any trophies in his managerial career. No doubt, the dominance of Juventus contributed to his decision to leave Italy as he did his best to end Napoli's nearly three decades wait for the Scudetto to no avail.

The lure of a bigger pay cheque and a better chance to add some titles to his resumé made the move to England an easy decision to make. The Naples-based side that once had the mercurial Diego Maradona on its roster may lay claim to being a top European side in its own right. But in recent times, Chelsea has become a bigger and more attractive brand.

However, any manager looking for job security may need to look elsewhere.

The template of changing coaches like players change jerseys has worked in the club's favour. Yes, it's not a model to copy if you want to achieve success through long-term planning and stability, but Roman Abramovich will have it no other way. And who can blame him? It's been working.

Since taking over in 2003, he has built a managers starting XI that can beat any other. Yet, the longest serving of them is José Mourinho, three years. The billionaire inherited Claudio Ranieri when he took over the club in 2003, but the Italian was fired the next year despite finishing second in the league.

He was replaced by Mourinho fresh from winning the Champions League with Porto.  The Portuguese lifted five major trophies in his three-year spell with the club including the Blues' first top-flight title since 1955. Yet, he was cut loose in 2007. 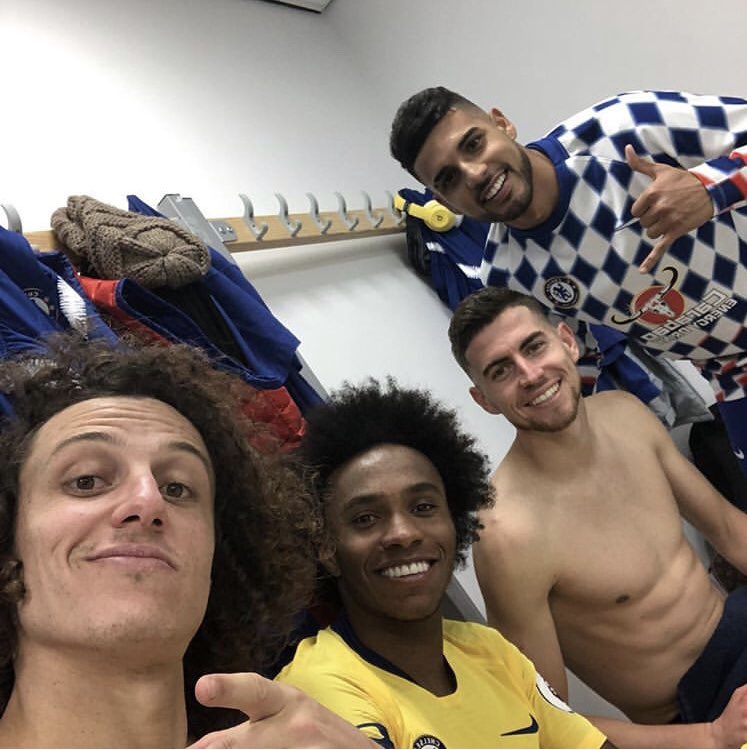 Avram Grant, Luis Felipe Scolari and Guus Hiddink all came and left within two years despite contributing the FA Cup in 2009.

Carlo Ancelotti was recruited in 2009 and won a league and cup double in his first season, with his team netting a record 103 league goals. He was still dismissed in 2011 having finished second on the table in his second season.

In came Andre Villas-Boas who was, in turn, sacked in 2012 after spending less than a year on the job and his replacement Roberto Di Matteo won the Champions League that year. He still did not last until the end of the year. His replacement Rafael Benitéz won the Europa League.

Benitéz was let go in 2013 and was succeeded by Mourinho who was making a comeback. He delivered the league title twelve months later but was booted out again in 2015 as Dutchman Guus Hiddink was brought back to clean up the mess he left behind.

The Special One suddenly became more special with his press interviews as results suffered on the pitch and the team struggled to find it's bearing, as usual, the Russian owner wasted no time in wielding the big stick.

Again, another ‘permanent’ replacement Antonio Conte secured another league title in 2017. Unfortunately, the Italian's second season at the helm was marred by off-field issues as he and his employers were not on the same page with regard to transfer matters, amongst other things. It may well just be a club habit kicking in though. He still delivered another FA Cup to the club as a parting gift.

So the precedent is well set for Sarri. At Chelsea, the manager must deliver silverware, and fast. As expected, his very first competitive match for the club was for a trophy - the Community Shield. But Pep Guardiola's Manchester City had other plans as the Sky Blues strolled to a comfortable 2-0 win. Sarri could be forgiven, he was still trying to settle down.

The 59-year-old has redeemed his image by paying Guardiola back with a taste of his own medicine. His tactical masterpiece produced a morale-boosting 2-0 victory when the two sides met in the Premier League recently. With this new-found confidence, the Italian can hope to defeat the defending champions again if they meet in the semi-finals or final.

The same applies for any other opponent left in the competition. That puts Sarri in a very good position to follow in the footsteps of his recent predecessors in the Chelsea dugout.

But more importantly for the ‘Sarri-ball’ exponent, it will yield the very first silverware of his career. And who knows? With the club's strong showing in other competitions like the Europa League and the Premier League, it could be the first of many to come.