With the Championship playoff final settled all attention turns to Sunday's League One showdown at Wembley. Lincoln City's recent success is truly a football fairy tale. From their lowest point fighting it out in non-league to winning promotions and reaching the last eight of the FA Cup, they now sit one win away from the second tier,. The Imps can take the next step in today's playoff final by defeating Blackpool. Victory earns them a place alongside some of the biggest names in English football, such as Blackburn Rovers, Derby County, Nottingham Forest as well as recently relegated Fulham and West Bromwich Albion.

Between 1988 and 2011 the Imps were a one division team, spending all but one of those seasons in English football's fourth tier. The run ended unceremonously when they dropped out of the Football League. Five mediocre non-league seasons followed. Step forward the Cowley brothers, manager Danny and assistant Nicky. Under their guidance, the club transformed in three seasons. Two promotions, an EFL Trophy success and a FA Cup quarter-final came on their watch. When the siblings moved on to Huddersfield Town in 2019, Michael Appleton took over the hot seat but the forward momentum did not stop. In his second season in charge he has the club on the brink of the second tier for the first time since 1961.

The Imps enjoyed a fantastic campaign this term, threatening to grab an automatic promotion place for a spell. While unable to keep pace with Hull City and Peterborough United, Lincoln secured a playoff spot by finishing fifth. Entering the semi-finals as underdogs, Appleton's side held off Sunderland over two legs.  After winning 2-0 at Sincil Bank, Lincoln came under the cosh at the Stadium of Light. The Black Cats leveled the tie in the first half before creating numerous other glorious chances. It seemed inevitable the former Premier Leaguers would go through but Appleton's half-time talk lit a fire under his squad. The Imps were a different side following the break and Tom Hopper's header proved the difference, advancing them to the final 3-2 on aggregate. 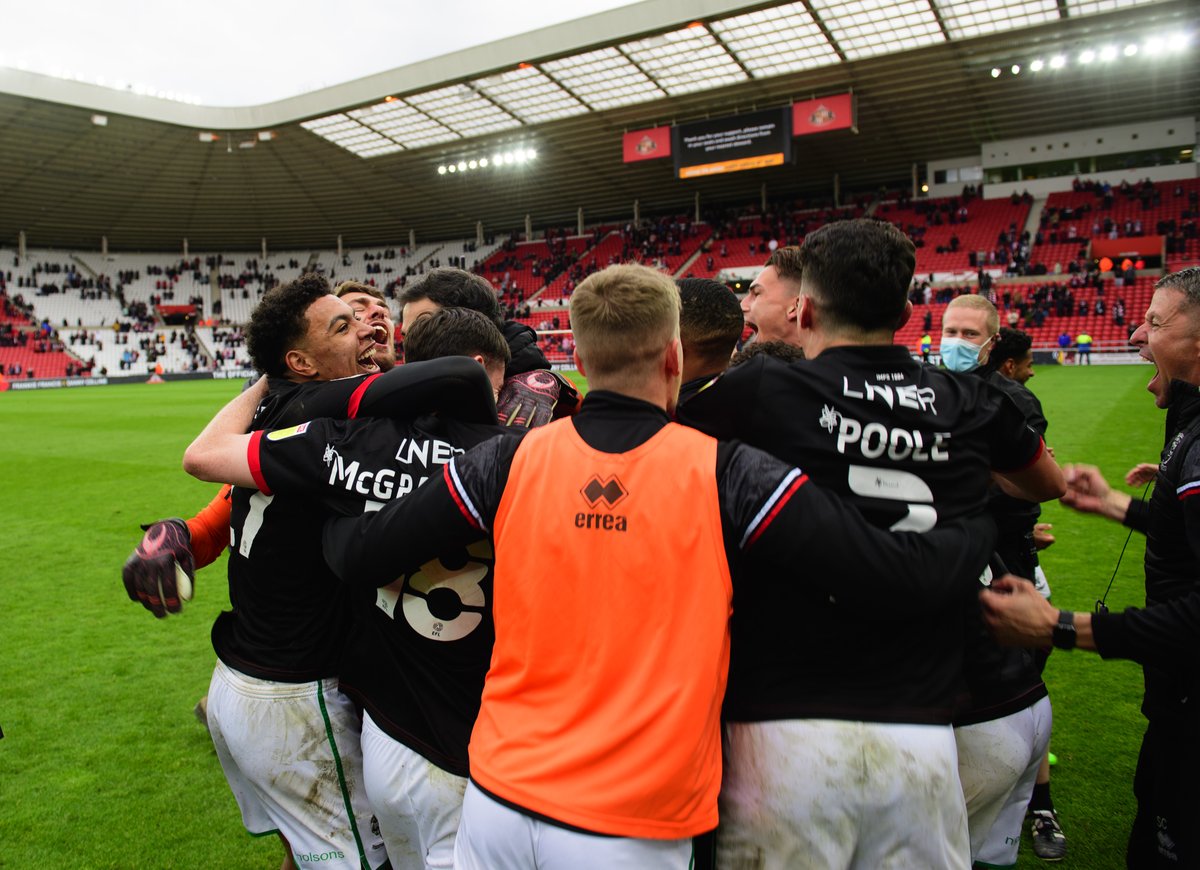 Lincoln journey to football's cradle on Sunday for only the second time in their history. Victory over Shrewsbury Town in the 2018 EFL Trophy final had been their only Wembley pilgrimage. This time they face a Blackpool side looking to return to the Championship for the first time since 2015.

The Seasiders come into the game as favourites, having finished third in the league and riding a 17-match unbeaten streak. The bookmakers can't help but adore Blackpool. In the EFL era, they've won promotion five times, the last from League Two in 2017.  Although it is manager Neil Critchley's first full season in charge, it's tough to bet against them given their recent form.

Regardless, Lincoln fans travel to London full of hope, their lads having taken four points from their two league meetings with Blackpool this season. The Imps were the better team against Sunderland for three quarters of the semi-final tie by playing on the front foot and putting their opponents under pressure. To win promotion, they must do likewise to Blackpool.

There will be 10,000 fans in Wembley for the League One playoff final and if Appleton gets his team set up right, Lincoln's five thousand will celebrate their club's passage into English football's second tier for the first time since their grandparents were courting.

Leave a comment
Latest League One Articles
League One Playoffs: Can Sunderland recover and gain promotion?
By Simon Hahn