League One Playoffs: Can Sunderland recover and gain promotion?

By Simon Hahn
Blackpool Lee Johnson Lincoln City Oxford United Playoffs Sunderland Wembley League One
Sunderland have a mountain to climb if they're to earn the final Championship promotion spot...

When Sunderland suffered back-to-back relegations to League One in 2018, fans expected an immediate return. Three years later, the Black Cats still find themselves in the third tier while their greatest rivals are set for another year in the top flight. If they are to gain promotion this season, Sunderland will now have to do it the hard way, but can they finally get back to the Championship at the third time of asking?

Much like the previous two campaigns, Sunderland have remained in the promotion shake-up for most of the season. A change in manager seemed to have done the trick with an up-turn in results following the arrival of Lee Johnson in December. This run put the third-tier outfit on course to seal one of the two automatic promotion spots. However, a disastrous run of just one win in Sunderland’s last nine league games saw them finish fourth and condemn the club to the playoffs for the second time in three years.

On Wednesday night, Sunderland travelled to Sincil Bank for the first leg of their semi-final with Lincoln City, however, their struggles continued. Apart from a couple of spells, it was the hosts that looked the better side throughout with goals from Tom Hopper and Brennan Johnson giving the Imps a 2-0 lead to take into Saturday’s second tie on Wearside.

For the majority, Sunderland looked bereft of ideas with individual moments from star players Charlie Wyke and Aiden McGeady their only real threats on goal. Johnson’s squad of players is more than capable of winning the second leg and taking the club back to Wembley for the second time this season following EFL Trophy success in March. However, their form since the start of April means it will be Lincoln who fancies their chances of moving a step closer to promotion.

On the flip side, the turnaround at the Imps over the last five years has been nothing short of remarkable and it was great to see 3,000 of their fans back in Sincil Bank on Wednesday night, as Lincoln took a big step towards a third promotion since 2016. There was a massive slice of luck involved in Johnson’s goal to give Lincoln a cushion ahead of their trip to the North East, but the two-goal lead was fully deserved. 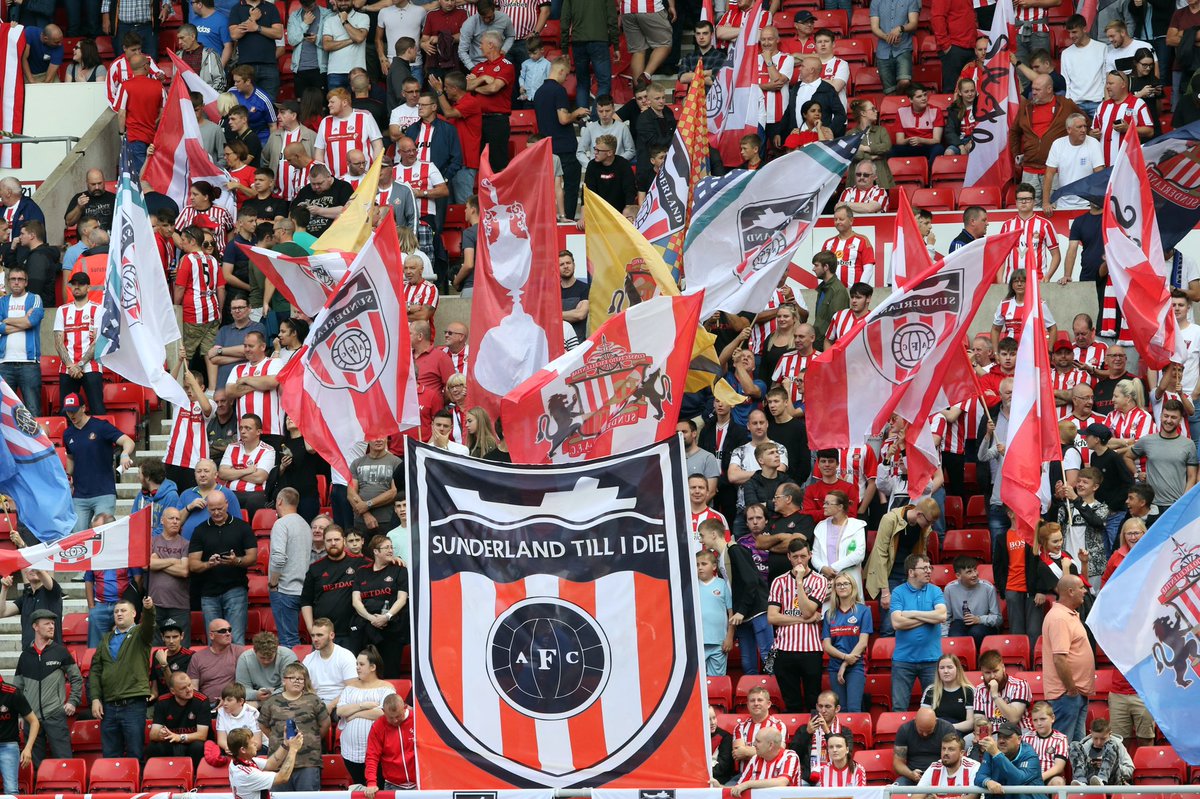 Sunderland AFC
SunderlandAFC
Follow
A tough one to take, but 90 minutes remain in the tie.

The other semi-final is also at the halfway stage - but it already looks done and dusted. Third-place Blackpool came back from Oxford United with a 3-0 win away from home on Tuesday night, leaving The U’s hopes in tatters.

Ten years ago, the Seasiders were battling in the Premier League, but it has been a tough decade for their fans since with multiple relegations and financial disasters. However, after promotion to League One in 2017, they now seem to be moving back in the right direction. This is the first year since Blackpool returned to the third tier that they have made the playoffs and it was a dominating first leg display, which all-but books a trip to Wembley. Early goals from Oliver Turton and Ellis Simms were followed by a second for Simms late on, meaning their fans should be able to return to Bloomfield Road tonight for a party atmosphere.

For Oxford, they were last in the second tier in 1999, but they look destined to remain in League One for another year. Last year, the Yellows reached the playoff final before falling 2-1 to Wycombe Wanderers, but Karl Robinson’s side will have to produce one of the club’s greatest ever turnarounds to reach the final again. They had come into the playoffs in good form winning six of their last seven to secure a top-six finish. However, Oxford are yet to score in any of their three meetings with Blackpool this season.

After the first legs, it looks likely the League One showdown at Wembley will be between Blackpool and Lincoln City. However, Sunderland, with their fans back in the Stadium of Light, will have something to say about that...