Conspiracy Theory: Is the Curse of LeBron affecting Liverpool?

Throughout history, monarchs married off their daughters to secure peace and political alliances. Thanks to revolutions of the democratic, socialist, despotic and sexual nature, that is no longer an option. Who knows? The world might be a better place if Donald Trump was able to promise Ivanka and the less-celebrated Tiffany to Vladimir Putin and Xi Jinping. Since he can’t, we’re stuck with Jared and Robert Mueller’s report. I’m just saying that gender equality comes at a price. In the kingdom of Anfield, the butcher's bill came due when the crown passed indirectly from Kenny Dalglish to LeBron James.

In King Kenny’s day, Liverpool was a force both domestically and in Europe. He led them to glory both as a player and manager. When Dalglish sought to conquer new kingdoms, he plundered a Premier League trophy with Blackburn but, like everyone else, couldn’t whip the Toon Army into an unstoppable force.

Meanwhile, the Reds languished in the Premier League. Gerard Houllier took them to limited success abroad, winning a UEFA Cup and Super Cup. Rafa Benitez, the current prisoner of St James’ Park, delivered a Champions League and Super Cup in 2005. Both also won the FA Cup and Community Shield [it was called the Charity Shield in the Frenchman’s time] and Houllier won two League Cups. Neither was able to conquer the Premier League, however.

In America, King James endured similar fortunes. A 6’ 8” man-child with the size, power and skill to circumvent the college ranks and proceed directly to the pros from high school, LeBron was Michael Jordan’s heir apparent, a young Arthur seemingly destined to make the NBA his personal Camelot. Instead, history cast him in the Mordred role.

In his career, the 34-year-old’s made more finals than Jordan, nine in total, eight in succession this decade, but fallen well short of His Airness’ 100% record by lifting the trophy just three times.

In 2019, he moved to Los Angeles where the Lakers wallowed in their own Merseyside malaise, Showtime hasn't made the playoffs since 2013 and last won the title in 2010 under Phil Jackson.

In 2018, LeBron willed a woeful Cleveland squad to the finals where he was outnumbered by the Golden State Warriors’ Steph Curry, Klay Thompson and Kevin Durant. Lakers GM Magic Johnson and owner Jeannie Buss hoped the King’s talent and leadership might make the Lakers a Western Conference power again. Instead, he alienated his new group of hapless lackeys by lobbying for a trade with New Orleans for Anthony Davis in which several of them would go in the other direction. So much for the Staples Center roundtable. 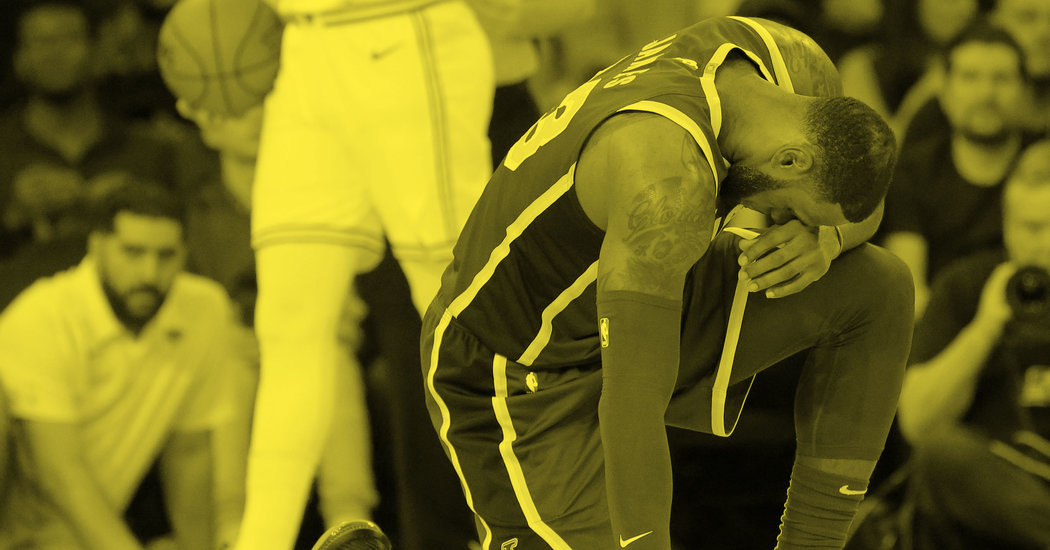 The New York Times
nytimes
Follow
"The internet, especially, has embraced LeBron James's failure so lustfully that you wonder if the seeds of animosity were there all along. When we look up at our idols, is there a shard of hatred buried inside our adoration?" https://t.co/EdJC6SDRPu
Follow
08:00 AM - 2nd May 19
67
245

After rallying from a poor start to rise high into the playoff ranks, the team fell apart in the stretch run. James never got the opportunity to continue his eight-year streak of finals appearances.

When Rafa Benitez left Anfield, preceded by Javier Mascherano and followed by Xabi Alonso, the Reds wandered the Premier League desert for a thousand days, coming nowhere close to their Premier League Holy Grail. The first set of American owners, Tom Hicks and George Gillette, nearly ran them into the ground. The second, the Fenway Sports Group led by John Henry and Tom Werner, lifted them back to their feet but not before allowing Roy Hodgson to kick them while they were down. Thankfully, Henry and Werner had the good sense to temporarily restore King Kenny to pick the squad up, dust them off and set them marching in the right direction.

The club legend set the stage for Brendan Rodgers and Jurgen Klopp. To aid the rebuilding process, FSG encouraged outside investment. Enter King James. In 2011, LeBron bought a 2% share in Liverpool FC for £6.5 million. A year ago, Brandon Wiggins reported in Business Insider that his holding had grown in value to £32 million.

While money powers championship sides, however, titles remain the true measure of their influence. LeBron appears cursed in that department.

In 2014, Brendan Rodgers led the Reds to the brink of their first Premier League title but it slipped away after Steven Gerrard infamously lost his footing against Chelsea late in the season. Last season under Klopp, the Merseysiders reached the Champions League final only to be taken down by Sergio Ramos’ judo skills and Loris Karius’ poor goalkeeping. The Reds just cannot cross the finish line.

This term, Liverpool have only lost one league match but drawn so many that defending champions Manchester City hold the inside track to the title. Mo Salah's apparent concussion against Newcastle doesn't brighten their outlook. As well, failure to take their chances against Barcelona in the Champions League semifinals makes returning to the final highly unlikely. It’s barely a year since Roma proved overcoming a three-goal deficit at home to Lionel Messi and company was possible. Liverpool replicating the feat while the pain remains fresh in Barca’s memory is not something on which sane people bet their children's college fund.

Sane people may not think that LeBron James' 2% stake in the Liverpool Football Club is sufficient for his curse to infect the Merseysiders either. Thankfully, I’m around to point these things out.