Soyuncu replacing Maguire was always in the thoughts of Leicester’s recruitment team. The Turk was tracked for 12 months and when Manchester United flirted with their World Cup hero, Brendan Rodgers sanctioned the deal for around £19 million from Freiburg.

It turned out Maguire stayed put, leaving Soyuncu as the Foxes fourth-choice centre-back behind him, Johnny Evans and Wes Morgan.

Soyuncu must have expected the worst following an error-riddled performance against Huddersfield Town in April. Leicester were rampant on the road, sweeping their hosts with quick counter-attacks. Rodgers was assured of maximum points - his fourth consecutive in the Premier League. The only blip was a Turkish centre-half.

With Maguire and Evans absent, Soyuncu failed to take advantage. Starting for the first time since the year's turn, he was culpable for the only goal conceded when his rash challenge on Karlan Grant gifted a penalty which Aaron Mooy calmly converted.

Rodgers, though, picked the positives from Soyuncu's horror show. “He is a young lad who has come in. Perhaps things haven’t quite gone for him as he would want, but I have found him a really good boy who wants to learn. He is strong and aggressive, but he hasn’t had a lot of game time. He is adapting.” 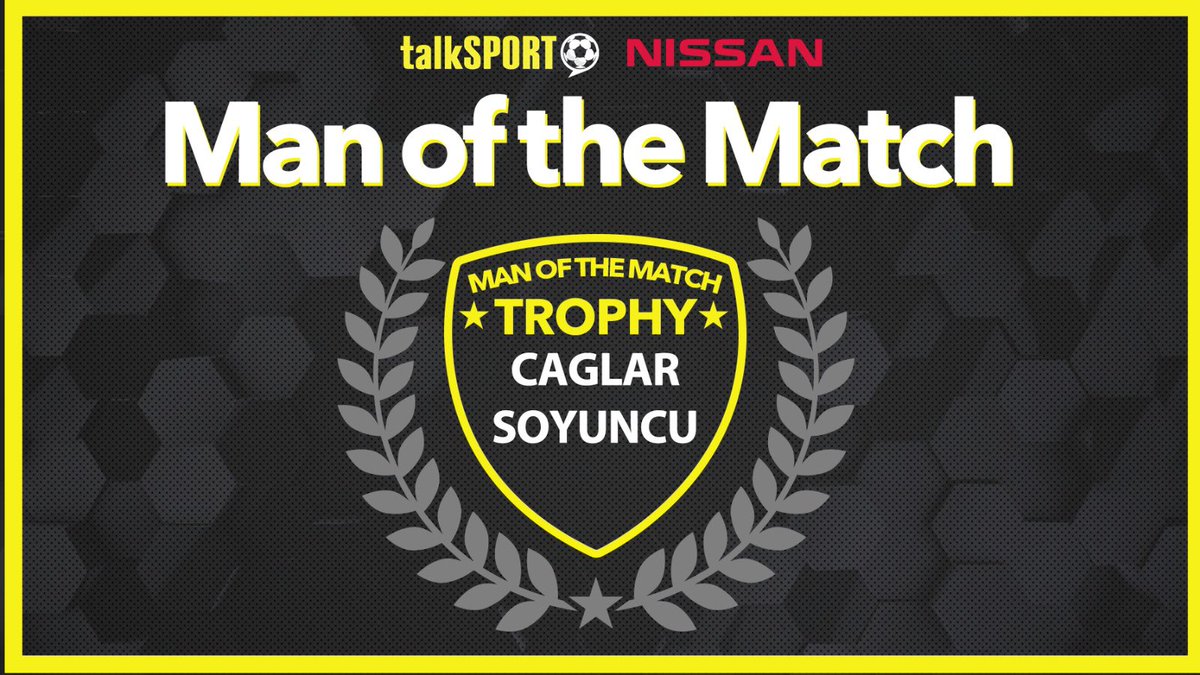 Caglar Soyuncu is the winner of our MOTM award with @NissanUK 🏆

A rock solid performance at the back for the victorious #LCFC.

Soyuncu is rising to the occasion. He hasn't missed a minute of Leicester's six league games - equalling his six appearances for the whole of last season. He's already achieved the ultimate by succeeding Maguire.

Soyuncu is three inches shorter than 6' 4'' Maguire albeit as comfortable in the air as he is on the ground. As with the England international, he's a ball-playing centre-back willing to start attacks from deep. His partnership with Evans is currently the Premier League's second-best after Liverpool's Virgil van Dijk and Joel Matip pairing.

Soyuncu's shown a brilliant range of passing, sending precise long balls with both feet. Originally right-footed, he worked on his left and it's now quite difficult to spot the difference. The 23-year-old combines combative character and physical presence with elegance, prompting comparisons with Mats Hummels. He has a maverick approach, aggressive without the ball and firm in the tackle.

Against Tottenham Hotspur on Saturday, Soyuncu took on Tanguy Ndombele in his own box and then went on a marauding run upfield in the dying seconds. He battled throughout that encounter as the Foxes came from a goal down to win.

There's still much room for improvement. Soyuncu has work to do. He's caught in the wrong spot quite often. He played Bournemouth's Callum Wilson onside for his goal in last month's 3-1 victory. The Turkey international's been guilty of losing concentration as well. He was culpable for Tottenham's goal most recently.

Soyuncu's shove didn’t have the force needed to keep Harry Kane from drifting past him. Prior to that match, his clumsy challenge on Marcus Rashford cost Leicester against United. His tendency to act as a playmaker from deep has led to careless decisions.

At 23, Soyuncu has plenty of time to improve. If he does, he could well become a better defender than Maguire.