In the summer of 2016, Danny Cowley, previously at Braintree Town, came in as Lincoln City manager. In less than two seasons the club has been promoted, has a chance at another, reached the last eight of the FA Cup and now capped it all off by winning a trophy in their first ever appearance at Wembley.

Lincoln City wears an unwanted tag for having being demoted from the Football League more than any club. They were ousted in 1908, 1911, 1920, 1987, and 2011, total five. With 2011's exception, the Imps have gone straight back up at the first time asking. Yet the task has become much harder over the years.

Since relegation from the Football League, their best finish in the National Premier had been 13th in 2016. Every other season was spent in the bottom half fighting relegation.

Cowley came in as a hungry young manager with a great future in the game, but no one could have predicted the impact he would have had in less than two years in charge.

In their history Lincoln City have spent the majority of their time in what is now League One and League Two, having not been in the top two divisions since 1961.

The 2016/17 campaign was a truly historic one for Lincoln City.  The Imps stepped into the limelight when they became the first non-league side since Queens Park Rangers, in 1914, to reach the FA Cup's last eight.

Entering the competition in the final qualifying round, they overcame Guiseley and Altrincham before causing some real shocks. They beat League One side Oldham Athletic before victories on TV against Championship clubs Ipswich Town and high flying Brighton Hove Albion.

Having reached the last 16, Lincoln produced one of the biggest shocks in FA Cup history. A dramatic late winner gave them a 1-0 victory at Turf Moor against Premiership side Burnley. Their run ended at the Emirates, where Arsenal thumped them 5-0. It did not matter; the players had written themselves into the history books.

However, despite this, the league title and promotion were the ultimate priority. They overcame a battle with Tranmere Rovers to clinch the title finishing with a very impressive 99 points to secure their place back in the Football League. 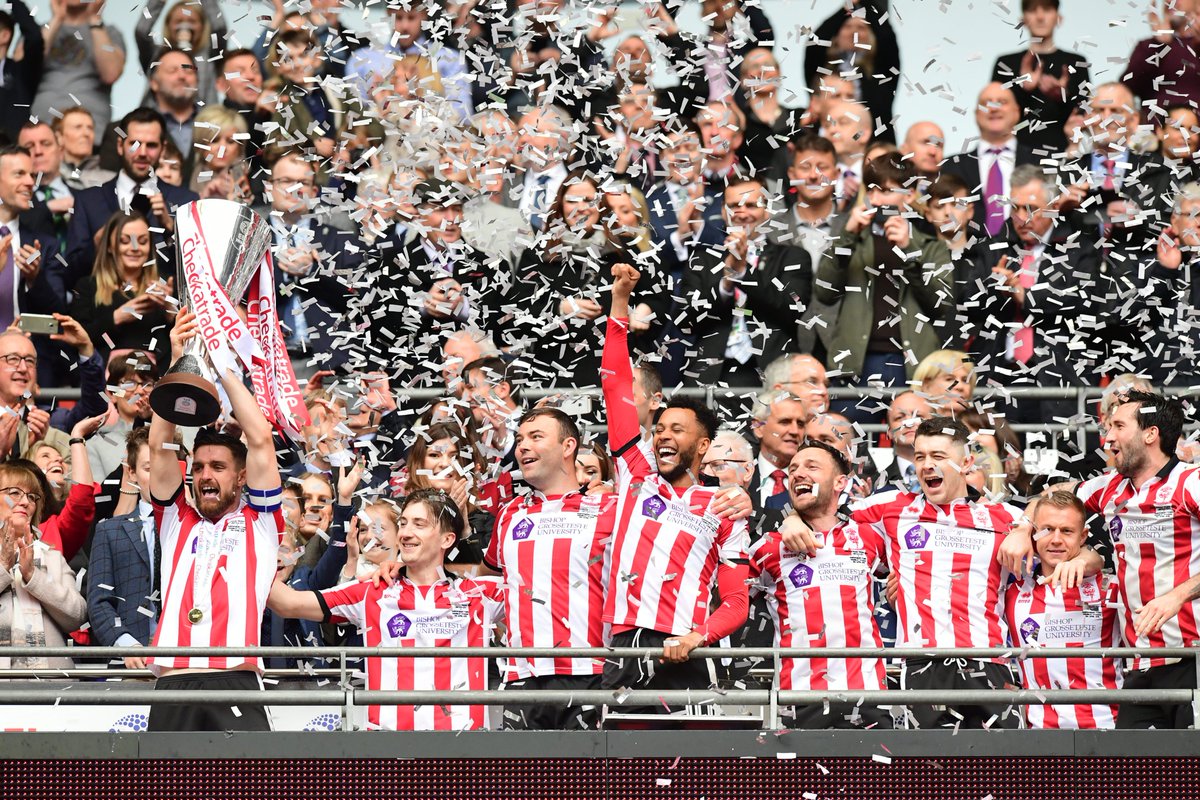 A lot of sides who gain promotion in the lower levels of the pyramid go on to succeed at the next level as well. However, Forest Green Rovers who came up into League Two with Lincoln are currently just outside the relegation zone meanwhile the Imps sit 6th with 4th-7th earning a place in the end of season playoffs. Having not lost in over a month they are certainly in form and looking very likely to make the top seven at least.

This weekend though the Imps attention turned away from league action once again. Following on from last seasons FA Cup exploits it was the Checkatrade Trophy that has taken their interest this time around.

The competition which has traditionally only been for sides in League One and League Two has seen Academy sides from Premier League and Championship sides also enter the competition for the last two seasons.

It is one of the events which has come under a lot of criticism. Low crowds, and weakened teams being put out by not just Academies but the League sides as well. However, when you get to the latter stages teams do take notice with a chance at Wembley for the winners, just ask last year's winners Coventry City who took an impressive 43,000 fans with them to Wembley.

In the semi-finals, Lincoln booked their first ever appearance at Wembley in dramatic style on penalties against a Chelsea under 21 side in front of almost 10,000 fans at Sincil Bank.

Shrewsbury Town stood in their way of lifting the trophy at the home of football on Sunday. The League One outfit is also a club on the up fighting for promotion to the Championship.

However, Lincoln as underdogs came out on top 1-0 thanks to an early Elliot Whitehouse goal.

For a club that has been in the doldrums somewhat in recent decades, Wembley victory marks an incredible turn around in two years. Who knows they could have another promotion on their hands yet.

Leave a comment
Latest Other Tournaments Articles
Can Tite unlock Everton star man Richarlison for Brazil at the Copa America?
By Tom Clarke

Richarlison made his senior debut almost six years ago. He's played in the Premier League for four. Yet his best position remains up for debate.  When the Brazilian burst…

Can James Rodriguez focus on the Copa America with his club future in limbo?
By Zaid Pathan