Is Liverpool braced for a clean sweep of PFA awards?

Not since the 2013/14 season have two players from the same team hit 20 goals or more in a single campaign. In that campaign, it was Luis Suarez and Daniel Sturridge who achieved the feat. Unfortunately, their efforts couldn't secure a long-sought first Premier League title. There are no prizes for guessing which team pipped the Anfield side to the title. It was the team poised to do it again five years down the road, Manchester City.

Again, two Liverpool players sit on at least 20 goals. Sadio Mane and Mohamed Salah both hit the landmark against a sorry Huddersfield team on Friday night. Liverpool secured a comfortable 5-0 win against the already relegated Terriers. After Naby Keita opened the scoring roughly 60 seconds in, each of the two wingers notched a brace. The Senegalese clocked 20 in the league while his fellow African went one better.

The result took the Reds to 91 points. Normally, that’s more than enough to win the league. The problem is normal is undergoing renovations in the English top flight at the moment. Pep Guardiola has built a monster in Manchester and his team is achieving extraordinary results. So any accomplishment elsewhere are now measured by the Manchester City yardstick.

Liverpool is so good that four players made it into the PFA Team of the Year.

Virgil van Dijk is rock solid in defence. The Netherlands international single-handedly transformed a rearguard that was the Merseysiders' weakest link last term. Well, to be fair, Brazilian goalkeeper Alisson Becker played his part in the scheme of things. 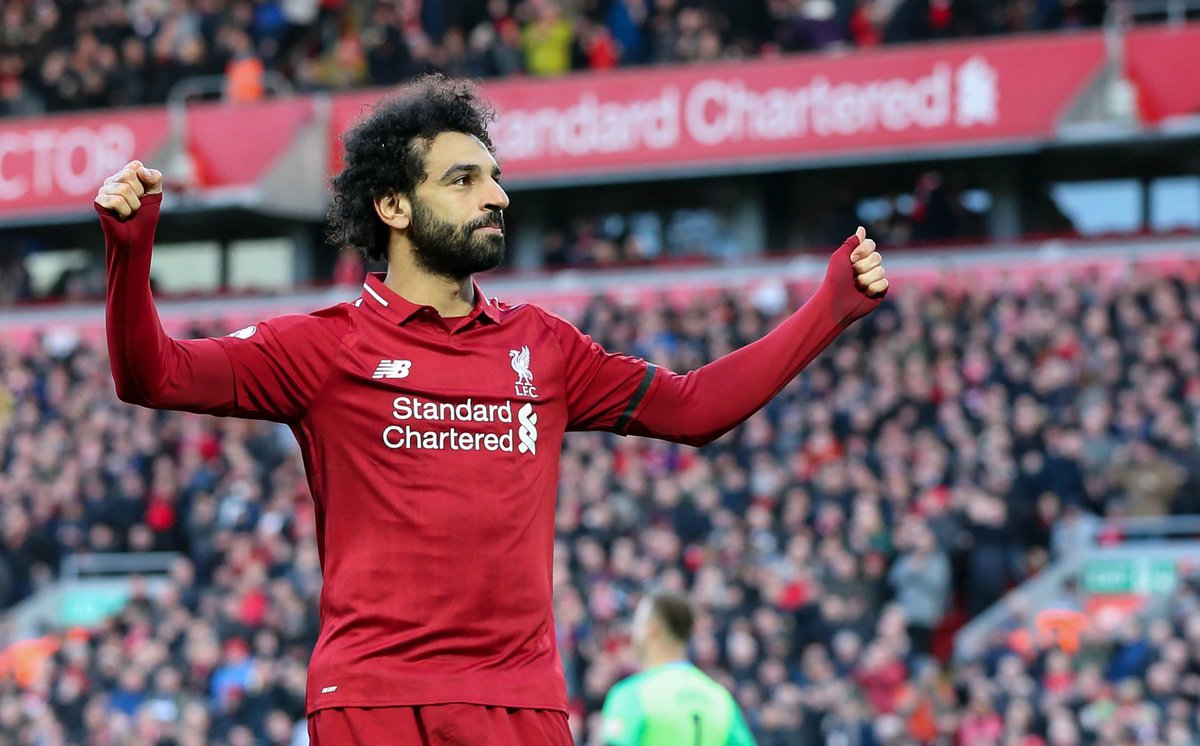 - Joint most goal involvements in the Premier League (29)

Yet Mohamed Salah isn't in the PFA Team of the Year!

Up front, the team is lethal. Goals remain in plentiful supply as Mane, Salah, and Roberto Firmino combine to devastating effect. Only Guardiola’s City score more goals in England this season. The trio is fed by the fullbacks. Andrew Robertson and Trent Alexander-Arnold are arguably the league's best in those positions. It’s not surprising they joined Mane and Van Dijk in the PFA Team of the Year.

VVD emerged as the favourite to claim the PFA Player of the Year award ahead of Man City’s Raheem Sterling just as mane and Salah appear set to nick the Golden Boot from Sergio Aguero. On 19 goals, the Argentine must do something special in his three remaining games to overtake the duo.

Keeping 20 clean sheets in 36 league games is worthy of the golden glove. Alisson may claim that prize at season's end even though another goalkeeper is close behind. Ederson's presence at 19 makes this race the mirror image of the scoring chase. With three games to go for the Sky Blues, both prizes remain within reach but the former Roma shot stopper and sniper still stand first in each queue.

If Van Dijk, Salah [or Mane], and Alisson pick up these awards, the Reds will be well on the way to a clean sweep. All that would be left is for Alexander-Arnold to scoop the Young Player of the Year Award away from Raheem Sterling, Bernardo Silva, David Brooks and Declan Rice. But how can that compensate for failing to lift the league title especially if Guardiola’s men emerge champions?

Winning individual awards is always great. But no award in the Premier League approaches the thrill of being crowned champions.