Liverpool’s squad depth is too good for their own good

Since Jurgen Klopp took over in 2015, Liverpool has undertaken a prominent rise in the Premier League. Last season, they made headlines when they reached Champions League final, beating Manchester City en-route.

The style of football that Klopp bought turned the Anfield crowd into believers once again. And it also delivered the desired results. Although Liverpool were playing the most exciting football in the country, Klopp realised that the team still needs improvement in several areas before the start of the new campaign. The former Borussia Dortmund manager splurged nearly 200m on four high profile signings to significantly strengthen his squad.

There’s no denying that the new signings have had their say and improved the squad significantly. After eight game weeks, they are still unbeaten in the league and sit third in the table; only behind Chelsea and Manchester City on goal difference. Last season they had just three wins from the first eight fixtures. Also, they have conceded just three goals this term (the best defensive in the league so far, alongside Manchester City).

With that being said, many of you would agree that Liverpool are going good, but they are not playing like they were last season. We haven’t seen the same tempo and intensity in their games like we became accustomed to. The recent set of results reflects that. They go into the international break without a win in their last four fixtures in all competitions. And this might have something to do with their midfield...

Klopp mostly sets up in a 4-3-3 system. Last season he knew his best midfield trio and they virtually played every game. Georginio Wijnaldum and James Milner occupied the right and left midfield positions respectively with Jordan Henderson sitting between them. However, Emre Can started more games in the right central midfield position but he wasn’t as effective as Milner. Milner is known for his versatility. He can play anywhere in the midfield and also as a left back. Also, his work rate is commendable, knows how to play with or without the ball. Exactly the type of trait needed in Klopp’s counter pressing system. Emre Can was more of a ball playing kind and wasn’t the best fit. That eventually led to his departure to Juventus in the summer. The trio of Wijnaldum, Henderson and Milner worked so well. With them, Liverpool had strength, creativity and composure in the middle of the field. They also had Alex Oxlade-Chamberlain to call upon when things needed to be sped up. 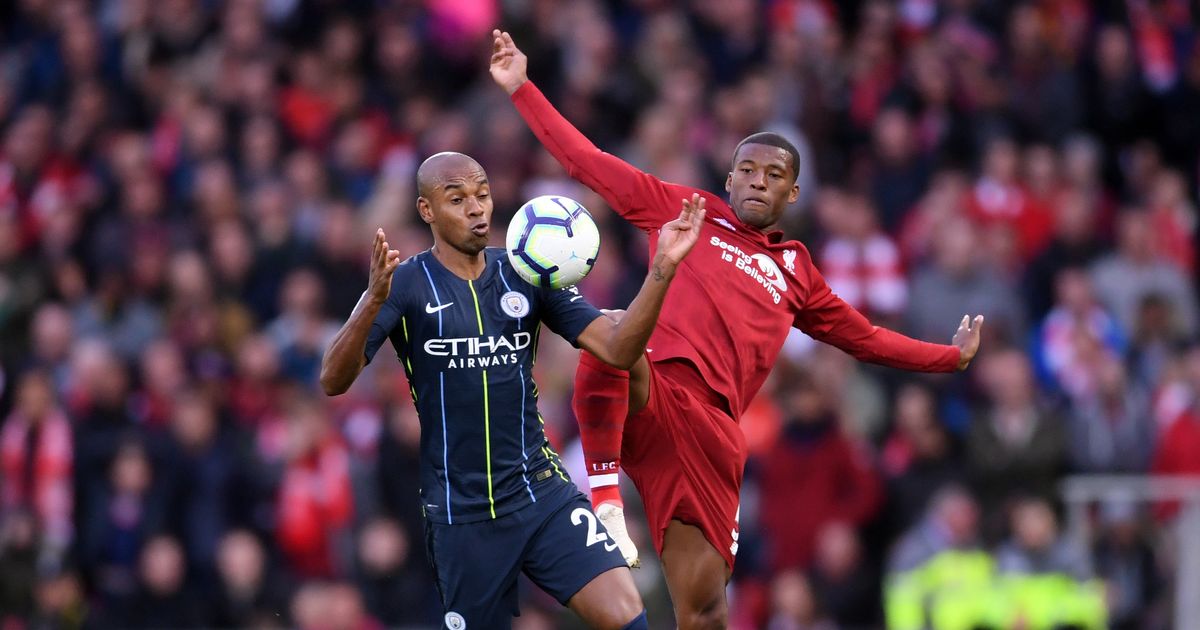 Tactically Obsessed
TacticalMaverik
Follow
#JurgenKlopp is missing a creative player in the @LFC midfield. No creativity to support the front trio. @JamesMilner, @GWijnaldum, @JHenderson and #NabyKieta are good at marking, positioning and interceptions but the creative supply is missing.

Now considering the current crop, first of all, they already lost Oxlade-Chamberlain to a long-term injury before the season even started. The England midfielder is unlikely to play this season. The Reds bought Naby Keita and Fabinho to add more depth to the midfield. Well, having more bodies is generally advantageous for any manager. But it’s not always the case, as it is happening now with Liverpool. Unlike last season, Klopp is now having a headache every matchday to choose his midfield trio. The front three and the back four are pretty much the same as last time around.

It's obvious that there is some pressure on the manager to include the new signings in the starting line-up. But so far Klopp has only started with Keita. Fabinho and Shaqiri are still acting as backups. It could be argued that Keita would have to fight for his place in the team, too, if the aforementioned Oxlade-Chamberlain wasn't injured. The English midfielder was in terrific form when Liverpool pushed all the way to the finals in the Champions League.

It seems that Klopp values consistency and experience, that’s why he still prefers Wijnaldum, Milner and Henderson. Klopp’s tactics need thrust and robustness in the midfield and that’s why Keita was bought. And the Guinean had a good start to his life at Anfield. On paper, Liverpool’s ideal midfield will consist Wijnaldum, Keita and Milner. But none of them possesses the explosive pace like Oxlade-Chamberlain, and Milner is now 32. Still, a very good footballer at his age, but Klopp’s high tempo system needs mobility and aggression. You can’t expect Milner to go on forever and he’s starting to come short on these. Adam Lallana was the answer to their creative problems in the midfield after Phillipe Coutinho left. But injuries marred his career and limited his game time. Even if he gets fit now it is most likely that he will be the second choice.

Liverpool have pace all around the field but in the middle of the park. And that is affecting their pressing intensity. In the recent winless streak of four games, things went awry. That's because Liverpool did not play the same midfield trio in any. It seems that the sync is disrupted. It’s a clear indication that Jurgen Klopp needs to figure out his best midfield group as soon as possible.