Is Lo Celso's injury a concern for Pochettino?

Tottenham Hotspur hoped to start afresh after the season's shaky beginning but misfortune struck again. While on duty for Argentina in a friendly against Chile, new signing Giovani Lo Celso suffered a groin injury. The club confirmed the attacking midfielder will be out for at least six weeks. Mauricio Pochettino must be wondering when will he have a fully fit squad.

Four games into the new season, the Argentine's been forced to deal with a number of injuries. Supposedly, the international break offered the opportunity for those players to recover and return. What the scheduling gods giveth, they take away. The question is, how serious a blow is Lo Celso's absence to the manager?

On loan from Real Betis, the 23-year-old hasn’t made his full debut for Spurs. In the last three matches, he came off the bench. Against Arsenal, he had five minutes to impress. Against Manchester City, 11. Only in the defeat to Newcastle did he receive a decent opportunity to show his worth, coming on with 28 minutes remaining. Pochettino's been easing him into Premier League life.

There isn't much evidence on which to judge the impact of his loss but one can argue that, at the least, he represented a valuable rotation cog with fixtures set to come thick and fast in September and October.

There shouldn’t be any real panic. Poch has sufficient midfield options. At worst, he's denied the chance to decide whether the Argentine belongs in his starting XI.  On the bright side, it might cause him to mend fences with Christian Eriksen. Hard feelings apparently developed when the Dane attempted to force a transfer this past summer.

Lo Celso was available for all the four matches before the international break although he began life behind another signing, Tanguy Ndombele, in the pecking order. Nor did he start when the former Lyon engine missed two games with a thigh injury. Pochettino stuck with Harry Winks and Mousa Sissoko in the centre of the park while preferring Erik Lamela and Eriksen over his young compatriot in attacking midfield.

If the half-hour against Toon was a test, the player must retake the exam when he's recovered. He was always going to fight for a place but Dele Alli's return will make it that much more difficult when Lo Celso rejoins the squad in training. 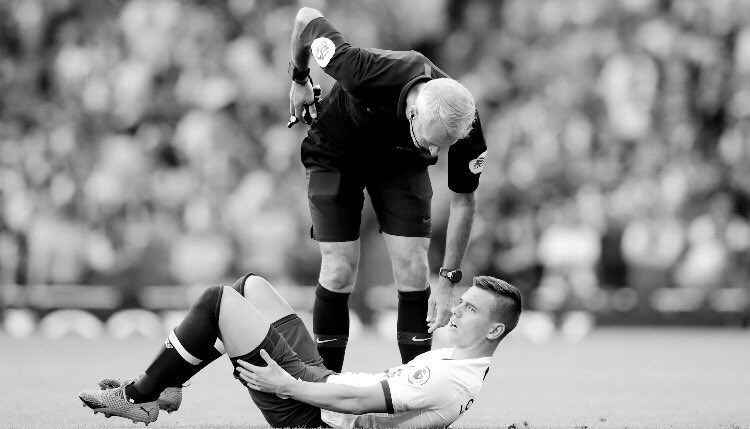 Likely, he could have anticipated a start in the EFL Cup or perhaps a Premier League fixture against Brighton or Watford when the boss sought to rotate for the Champions League.

As they say, one man’s loss is another man’s gain. Lo Celso’s absence till late October benefits others. Alli and Lamela can expect more minutes. Young Oliver Skipp may find himself with opportunities to prove his worth too.

A fit Lo Celso lowers the risk of fatigue from fixture congestion. It's why he was acquired.  Spurs play seven matches in the next 22 days. He'd have featured, giving Lilywhite faithful a taste of the player they're branding as Eriksen's successor. Now, they must wait and see.