How did Tottenham Hotspur spend their summer?

Acquiring Tanguy Ndombele from Olympique Lyonnais and Jack Clarke, who's returned to Leeds United on a season-long loan, early in the summer should have calmed Tottenham supporters. They were pleading for new signings after the club's complete inactivity last campaign. However, Spurs' decision to part ways with first-choice right-back Kieran Tripper without any established in-house replacement threw fans into further agony. To make matters worse, Toby Alderweireld, Danny Rose and Christian Eriksen were all linked with moves away.

Mauricio Pochettino is quite content with his squad. That was the case even before deadline day. The Argentine’s delight can be recognized from what he said:

I’m so happy with the squad today. I was happy before and now I’m happy plus. I’m a happy man.

Pochettino did express concern regarding the transfer window's early shut for Premier League clubs. He is right in his argument. European rivals have an advantage as they can carry out activity until September's start.

Despite describing himself as a happy man, Pochettino must be worried about Alderweireld, Rose and Eriksen's futures. All three exiting in January can't be completely ruled out. Should that possibility bother the Argentine boss?

A close look at Tottenham's squad proves it won't hurt too much. Davinson Sanchez is a reliable centre-back and can fill Alderweireld's void alongside Jan Vertonghen. Juan Foyth is another option. Replacing Danny Rose shouldn’t be a problem, either. Ben Davies is equally as good. Not to forget Sessegnon can play at left-back if needed.

As for Eriksen, he's no doubt a key figure in Pochettino's set-up. Spurs, though, can learn to live without him. They got over losing Gareth Bale six years ago.

Unlike before, Tottenham have ample midfield options. They needed a tank after Mousa Dembele departed. They've now got one in Ndombele. The Frenchman has already shown his capability, scoring a cracker against Aston Villa on Saturday. Better yet, the 22-year-old will only improve. 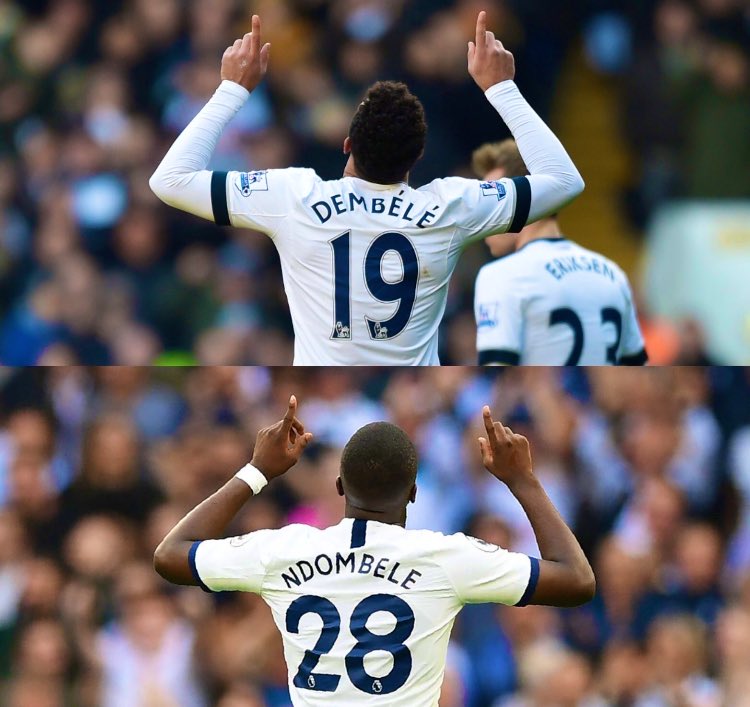 • Both Scored On Their Spurs Debut!
• Both Run The Midfield 💪
• Same Celebration 🤝

It's not only Ndombele who will have an impact. Tottenham have taken a precautionary measure by acquiring Lo Celso as a potential successor to Eriksen. Pochettino can certainly count on his fellow Argentine.

There isn’t much fuss about parting ways with Alderweirleld, Rose and Eriksen. They're all at their peak, meaning Spurs will get good value for each. It will also ease the burden on debts owing to the newly-built stadium.

Irrespective of Tottenham's decision regarding those three players, the recent window is arguably the best they've had under Pochettino.

The North London club drew some inspiration from league rivals, Liverpool. Jurgen Klopp didn’t spend heavily until 2017/18. That was the same summer his side lost an influential star in Philippe Coutinho. The Brazilian's departure wasn't felt. The Reds have a transfer policy of only targeting elite players, the ones who can immediately play a significant role such as both Alisson and Virgil van Dijk.

Liverpool have assembled a squad which can challenge on all fronts. Their quiet transfer business this summer is no surprise, then. If it ain't broke, don't fix it.

Pochettino managed to reach last season's Champions League final without any signings only to lose to Liverpool. Now that he's taken a leaf out of Klopp's book, he can aim to emulate the German.