Loss at Brighton highlights the underlying problems at Manchester United

The weekend was action-packed, as always. Chelsea revived the top four race, West Brom still have a chance of staying up and Cardiff City got promoted. But, I want to take you back to where it all kicked off. At the Amex Stadium wherein Manchester United lost to Brighton and Hove Albion 1-0 on Friday night.

The performance was downright abysmal. And it wasn't just a one-off performance. This kind of performance has happened month after month, showcasing the problems Manchester United have:

Huddersfield, Bristol City, Newcastle United, West Bromwich Albion and now Brighton. These are the lower end teams United have lost to. They have had poor performances against some of the bigger teams too, notably Sevilla, Tottenham Hotspur, Manchester City and Chelsea. But what infuriates me is that the Red Devils didn't give it their all in any of these games. Whenever United give their all, they win. Just look at the recent performances against the Top 6. Jose Mourinho's side have beaten every team in the Top 6 in the past three months. This is reminiscent of Liverpool last season and it is giving me nightmares.

This just highlights Manchester United's inconsistency. The manager and the players share equal blame for this. Jose Mourinho has seen his team crumble against teams who defend with numbers in deep blocks. The gameplay is too predictable and slow. A throwback to the Louis van Gaal days.

Mourinho said post match that he knew something like this would happen. Then why did he play those fringe players?

Mourinho must find a solution to this problem.

Secondly, it's like the players choose their days to perform. Paul Pogba is a prime example. On his day, the Frenchman is genuinely world class and is a threat for any team. But he doesn't perform consistently. The player who single handedly won the Manchester Derby was struggling against Brighton and Newcastle.

The only consistent players this year for Manchester United have been David De Gea and Nemanja Matic. All the others have had multiple dips in form. And to win a league, there's one thing you've got to be and that is consistent.

It is 2018 and Manchester United's primary full backs are wingers from the Sir Alex Ferguson era. Antonio Valencia bombs up and down the right flank and is solid defensively. But, that's all he can offer. The Ecuadorian's crossing is just not good and hinders almost every attack that the Red Devils put together. Ashley Young whips in one good cross from five attempts. His defensive position couldn't get any worse. And the Englishman is 33. Both of them are hard-working and put in decent shifts. But, it is time for an upgrade.

Another fullback is Mateo Darmian. He can't defend and can't attack. I am not sure how Darmian has managed to survive for three seasons at Old Trafford. Daley Blind was decent under Louis van Gaal but is not involved in Jose Mourinho's plans. His 10-minute cameo at Bournemouth was his first United appearance in three months.

Marouane Fellaini is another player that comes to mind. Yes, he is a very effective player if used right. He should be an impact sub; to either see out a game or as an aerial threat to nick a goal. Nothing else. The Belgian cannot even play a simple five-yard pass and has made disrespecting comments towards the club. He's a decent squad player but has developed too big an ego. Time to go.

All of the above are not Manchester United quality now. Letting them leave will be a major progressive step. Not only will it pave the way for potential incoming transfers, but also some of the academy graduates.

Lack of responsibility and leadership

Jose Mourinho's tactics have put away some of the big teams. But, when it comes to lesser teams, the tactics play comparatively lesser role and it needs the players to step up. Once again, not entirely blaming the players or protecting the manager. The blame is for both.

Can you imagine a team perform so poorly with its captain being Roy Keane, Gary Neville or Nemanja Vidic have such shocking performances? It is acceptable to have bad days. But the top teams must lift themselves up in these moments. United have done that a few times this season. But it's down to tactics and moments of individual brilliance. United lack a vocal figure in the team. Someone to motivate and lift the team on the pitch. It cannot be done by the manager alone. At the moment, United lack that personality.

The players hide in performances like this. There is a clear lack of intensity. When teams have possession and United are trailing, there is no urgency from the United players to get the ball back. Even when United do have the ball, there is lack of movement. The players just don't show the desire to win the games. And that is what the lesser teams have in abundance.

Squad rotation is also a massive problem at United under Mourinho. And this has been since he arrived last summer. Zlatan Ibrahimovic was playing almost every game at 35. Marcus Rashford and Anthony Martial were given very less game time at striker. It has happened with Romelu Lukaku this season too. Rashford showed his inexperience and rustiness as a striker on Friday night. Only if he or Martial were given minutes at striker consistently throughout the two seasons, we could have had some different results.

Luke Shaw hasn't been given many games despite putting in some impressive performances. Victor Lindelof has improved after his shaky start. The Swede put in solid performances against the likes of Chelsea and Arsenal. But, he is also not being given a consistent run of games to finally settle in and establish himself as a first team regular.

United face West Ham United at the London Stadium next. They have a chance to immediately right their wrongs. 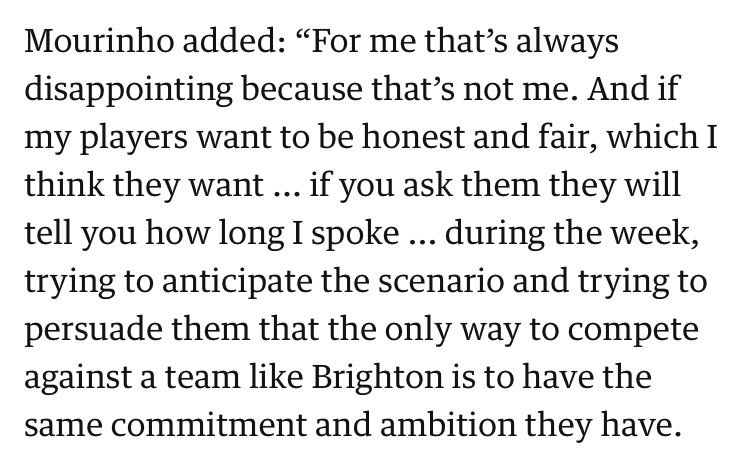