Why can't Lucas Perez get a game at West Ham United?

Lucas Perez was an unused substitute in West Ham United's 1-1 draw with Huddersfield Town before the international break. The striker has now gone more than a month without playing a Premier League game.

Perez has been short of minutes since switching from Arsenal this past summer, and therefore may not last at the London Stadium until his contract expires in 2021.

Perez's West Ham career got off to a bad start after being accused of refusing to play in September’s 3-1 win over Everton. Manager Manuel Pellegrini revealed that the 30-year-old was called from the bench to replace the injured Marko Arnautovic but wasn’t ready. The Hammers boss then opted to use Michail Antonio instead.

Perez had played in two league games before this incident (versus Bournemouth on August 18 and Arsenal on August 25). He has since featured only twice (versus Chelsea on September 23 and Brighton & Hove Albion on October 5).

It’s not a common occurrence for one attacker to be selected from the bench but quickly changed for a player who was ‘ready’. It should send Perez alarm bells about his future.

The uncapped Spaniard was visibly frustrated with Pellegrini’s decision against Everton. It highlights how little faith his manager has in him. 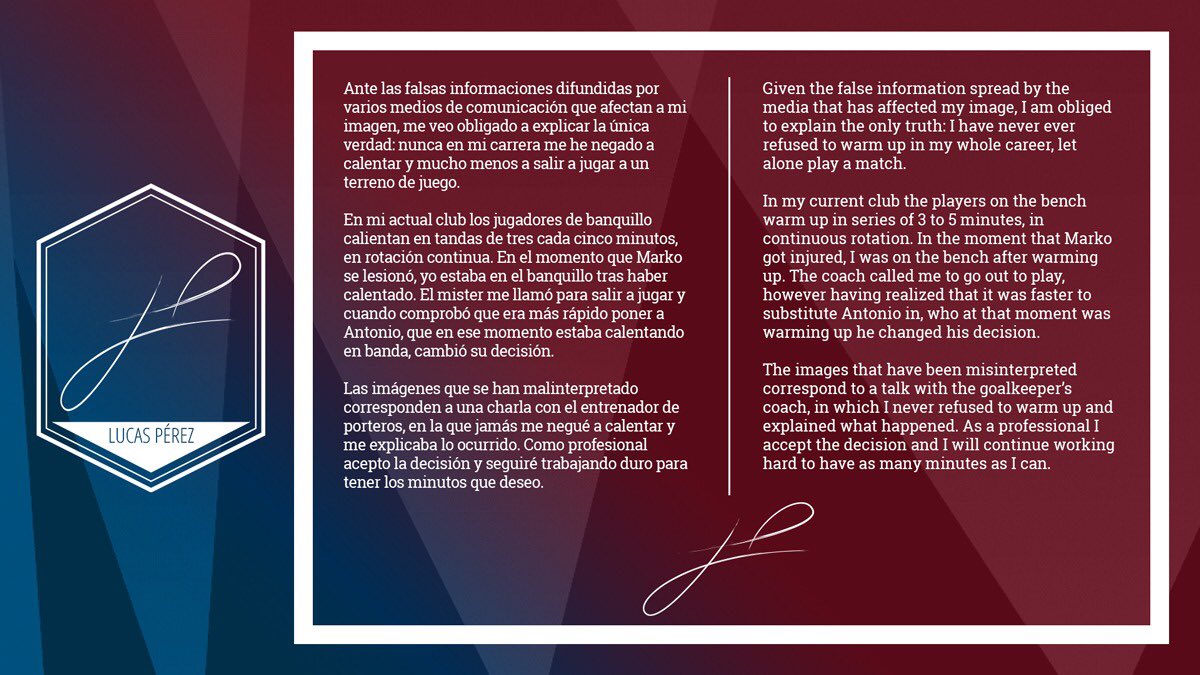 Game time has been hard to come by for Perez, largely due to stiff competition in West Ham’s attack.

In Arnautovic's stead, Javier Hernandez is second-choice, having racked up nine league appearances. The Mexican often has to settle for a place on the bench, but he is the first attacker Pellegrini goes to when his side need a goal.

Perez, meanwhile, has amassed as little as 85 minutes of Premier League football this campaign. His only West Ham starts have come in the EFL Cup.

Perez can’t cut it in England

Perez's decision to play on English shores has backfired. He is now failing at his second Premier League club in as many years.

After initially moving from Deportivo La Coruna to Arsenal in summer 2016, Perez made only nine competitive starts before joining West Ham. His lack of playing time at the Emirates Stadium may have been due to stiff competition in the Gunners' attack, competing with Olivier Giroud, Alexandre Lacazette and Danny Welbeck. History has repeated itself in East London.

Perez can't cut it in England's top flight. Pellegrini’s treatment of him is evidence. Having cost the Hammers only £4 million, the Spanish striker's proving to be a poor acquisition. He perhaps faces the exit sooner than later.

Once Andy Carroll returns from injury and becomes a third forward available to Pellegrini, Perez could be sold at the next available transfer window. He’s had little to no impact at West Ham.