Barring an epic collapse even by their standards, Liverpool will finally lift the Premier League trophy this year. In large part, the Reds' recent success is due to shrewd transfer policy, moulding lesser-known talents into very good, sometimes world-class players and only splashing the cash on proven talent when truly needed. Jurgen Klopp’s reputation for spotting talent precedes itself. Which is why Luis Alberto’s bizarre departure from Anfield still surprises.

Alberto stars weekly for Lazio, third in Serie A at the winter break, six points behind Inter and Juventus. A confident, classy playmaker with a solitary international cap, the 27-year-old will be the subject of transfer speculation in the summer if he continues to perform. In 16 league appearances, he’s created 12 goals for the free-scoring Biancocelesti, powering Ciro Immobile's assault on the Serie A single-season scoring mark while grabbing three goals himself. He's played more than 90% of Lazio's minutes this season, directly involving himself in more than a third of their goals. Alberto is truly indispensable to manager Simone Inzaghi.

His story represents a dramatic turnaround for someone who almost became a joke at Anfield. After starring for Barcelona B, Alberto was poached by Brendan Rodgers for just under £7 million while the Catalans dithered over making his loan from Sevilla permanent. On Merseyside, Alberto scored frequently at the U21 level and assisted Luis Suarez for a goal when Liverpool annihilated Tottenham 5-0 at White Hart Lane but the winger’s first-team appearances remained sparse. He never cemented himself into the Liverpool matchday squad, making just nine appearances for the Reds and finding himself farmed out on loan to Malaga and Deportivo de la Coruna.

Why did Alberto fail to make the grade at a club so fruitful for attacking players? In part, he was a victim of circumstance. Liverpool’s surprise title bid, driven by the talismanic Suarez and revitalised Daniel Sturridge came through consistency. Rodgers kept faith with his preferred XI. Rodgers preferred to use a 4-2-2-2 with Gerrard and Jordan Henderson holding the central midfield while Philippe Coutinho and Raheem Sterling roamed freely. Rotation was rare, especially in the Premier League. In many ways, Alberto’s fate mirrored Iago Aspas who was prolific at Celta Vigo but barely able to get a sniff at Liverpool. Aspas is cruelly remembered for the worst corner in history, the one that allowed Chelsea to seal that famous victory in 2014 after captain Gerrard’s untimely slip. 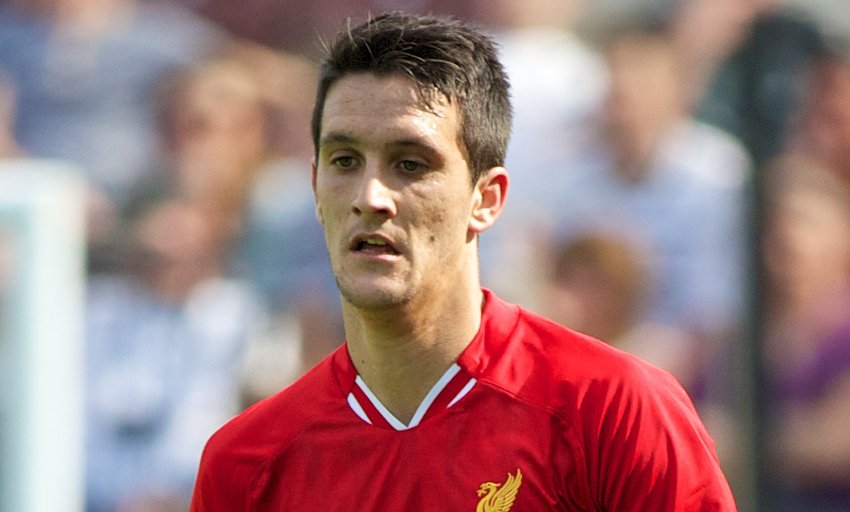 Alberto showed a silky touch and quality on the ball but did not offer Coutinho's consistent goal threat or Sterling's pace and unpredictability. His infrequent cameos usually came when Liverpool were winning comfortably and forwards were looking to set up near the corner flag rather than in the box or when Rodgers chucked on various attacking players to chase and recover matches. When he was given opportunities, the Spaniard’s work-rate never seemed to match the relentless high press and harrying that Rodgers demanded from his Liverpool team.

Liverpool sold Alberto to Lazio in 2016, cutting their losses by accepting a paltry £4 million. He hadn’t shone in two loan spells in his native Spain. It seemed Alberto would fade into obscurity. Instead, through a combination of grit, insertion into a more suitable system and maturity, Luis Alberto is finally fulfilling his potential at the Stadio Olimpico.

In Simone Inzaghi’s attack-minded 3-5-2, Alberto occupies a central position from which he loves to slip in behind Immobile or drift out to the left before crossing for the Italian. Thanks to the cover provided by another Liverpool castoff, Lucas Leiva, and Serbian star Sergej Milinkovic-Savic, Alberto doesn’t need to worry about tracking back. His wing is covered by the endlessly energetic Senad Lulic. With the playmaker able to operate almost exclusively in the final third, he is in his element, spraying passes to the wingbacks, fizzing balls into Immobile and, when life becomes a little boring, taking it upon himself to curl in a long-range strike or fire into the top corner.

Although the Eagles still are a cut below Juventus when it comes to claiming the Scudetto, Alberto is the Old Lady's kryptonite. He picked up Man of the Match honours for Supercoppa Italia in 2017 and opened the scoring in the 2019 final with a well-taken finish. The Spaniard also played his part in securing the Coppa Italia in 2019, beating surprise-package Atlanta in a frenetic trophy tilt.

Various teams around Europe are looking to strengthen this window but Lazio already ruled out selling one of their crown jewels while they remain in the title chase. When the summer rolls around, someone may empty deep pockets to ake the Spaniard off their hands. If Alberto returned to the Premier League, he might treat the Reds like Juventus, making them regret writing him off.

Liverpool’s recent success glosses over the fact Luis Alberto never enjoyed a fair chance at Anfield. Champions and Premier League trophies aren't going to make them regret the choice but often, when a side least expects it, such decisions come back with a bite. Liverpool should hope they never cross paths with the silky Spanish playmaker again.