Luka Jovic feeling the August heat at the Bernabeu

Poor outings in La Liga and Europe last season led to sweeping changes at Real Madrid. The serial Champions League winners found life difficult following starman Cristiano Ronaldo's exit. Two changes in the dugout did not arrest the situation. Desperate, the club heavily backed the returning Zinedine Zidane in the transfer market. Eintracht Frankfurt's Luka Jovic was among several recruitments expected to light up the Santiago Bernabeu both this season and for the foreseeable future. This season's heroics are a bit late in arriving.

Jovic's journey to the top is the stuff of dreams. From humble beginnings as a prospect in Red Star Belgrade's youth system, he worked his way to the first team. He netted 12 times in 42 appearances before being snapped up by Benfica. He filed out just twice for the Eaglets before being loaned to Eintracht Frankfurt. In Germany, he made a name for himself. With 17 goals in the Bundesliga and a further 10 in the Europa League last term, he became a wanted man. After months of speculation concerning his destination, Eintracht triggered the €7 million option to buy in their loan deal and turned a quick €53 million profit by sending the Serb to the Spanish capital 24 hours later.

Scoring was one of the problems for Zidane when he returned this past spring. Jovic and Eden Hazard were expected to provide the solution. However, recent rumours suggest that Zizou has not been impressed. Reports emanating from Jovic's homeland claimed Los Blancos hoped to send him out on loan. Others mark him as a player the Merengues will happily insert into a swap deal for Neymar.

Although the player has laughed off such reports, questions remain regarding his output. So far, the manager has stuck with the old guard to start the campaign. Apart from reintroducing James Rodriguez into the lineup against Real Valladolid, it's been the status quo in the first two league games.

Karim Benzema scored in both opening matches. Jovic came in from the substitutes bench. With Zidane preferring an attacking 4-3-3, it's difficult to see how the Serbian will claim a place in the squad. While Benzema keeps performing, the former Eintracht Frankfurt man remains a substitute player.

SB
Realmadridplace
Follow
Luka Jovic: “I am ready to do my best and offer everything I can. I do not expect to play everything immediately, but I will reach my goals through hard work and dedication. Benzema is an interesting forward, he has more experience than me and I try to learn from him.” https://t.co/5W8IXcez2j
Follow
17:27 PM - 20th Aug 19
40
239

Limited time on the pitch can have dire consequences on a young player's form. Inconsistency due to a lack of match fitness could reinforce the belief in some quarters that he doesn't have what it takes to excel at the Bernabeu. He must take his chances when given the opportunity.

Fixture congestion when the Champions League and Copa del Rey kick in will provide chances. Rediscovering his Eintracht form is vital for Jovic's Madrid future. For a club whose fan base is spoiled by their success, the new striker can only satisfy by scoring at every opportunity. No one remembers the chances Raul, Guti and both Ronaldos failed to take. He will only be measured against their best moments.

Failure to deliver the goods will make him a target for the whistlers. It's a well-trodden path on which even club legends find themselves when their form dips. Gareth Bale can tell him all about it. Unfortunately, commiseration won't do much to alleviate the pressure. Ideally, the 21-year-old should be a player for the future but the fans can think of 60 million reasons he should be producing now.

That's especially so at a time when the team is desperate for a hero. The recent 1-1 home draw with Valladolid frustrated supporters tired of seeing their team fail to challenge Barcelona for the league title. With eight of the last 11 league crowns in the bag, the Catalan side has La Liga on lockdown.

No doubt, Eden Hazard is the star man expected to produce the magic to turn things around but the Serbian's goal tally will be watched closely. He will be expected to be the finisher on the end of the Belgian's passes. It's a huge responsibility for such a young player but one he should be able to handle given his past performances. 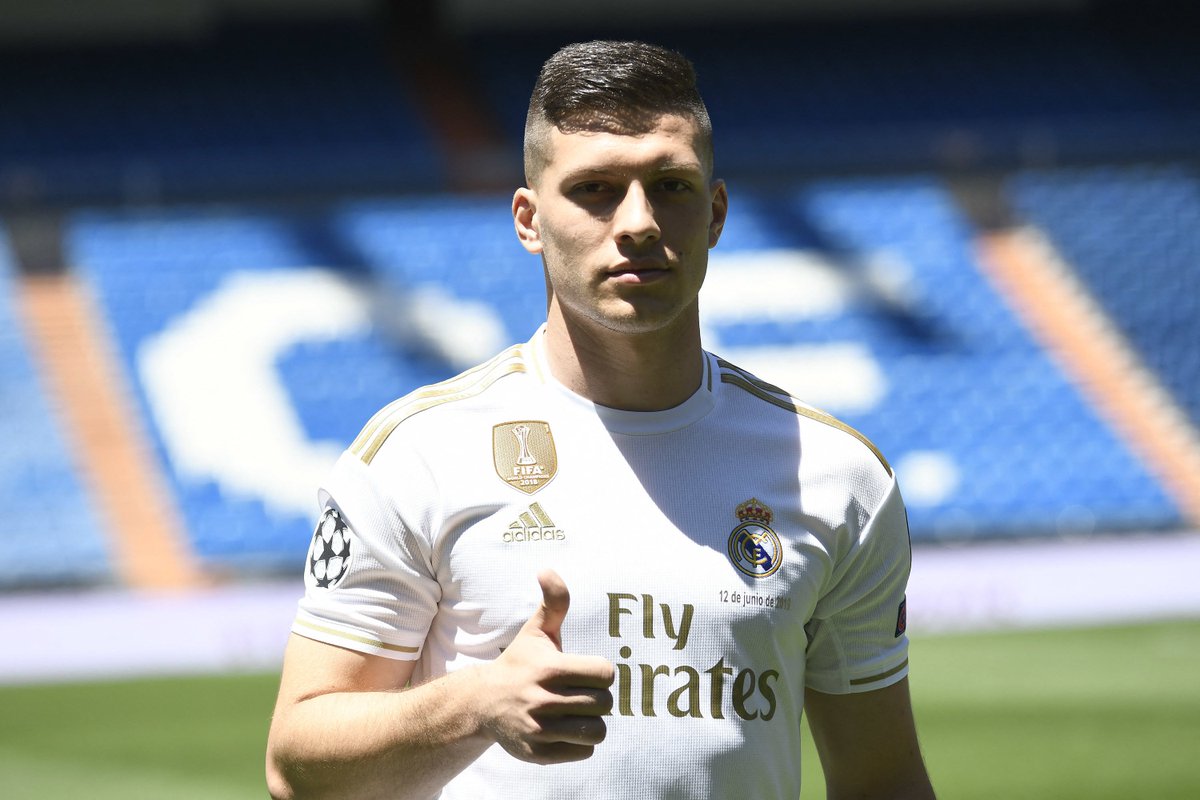