Luke Shaw should thank Brandon Williams for up-turn in form

I'd like to start this one with an apology. Around two months ago, I suggested that Manchester United Football Club should move on from Luke Shaw. Right now, the left-back is making me look rather silly; and I couldn't be happier.

Things can change quickly in football. Brandon Williams' emergence initially spelt trouble for his English counterpart Shaw. Fast-forward a few weeks and the former Southampton academy product would use that competition to spur himself on. I'd now suggest Shaw is playing his best football since making the move north to Old Trafford.

Shaw's time in Manchester hasn't been helped by injury. The left-back has dealt with no fewer than ten issues in his six-year stint with the Red Devils, with a double-leg break ruining his 2015/16 season. It'd also majorly affect his 2016/17 term. Coming back from something like that requires elite mental toughness. After all, it'd be easy for Shaw to shirk away from heavy tackles and collisions as that'd be the natural reaction.

Time is the perfect healer. Slowly but surely, we've seen Shaw regain that confidence and inner-belief which was easily one of his biggest assets as a youngster. The managerial switch from Jose Mourinho to Ole Gunnar Solskjaer definitely helped out, too, with the former never really sold on what the full-back would offer. The latter has definitely helped re-instil that belief, albeit gradually.

Without question, the biggest contributing factor is having that competition. For years, Shaw was viewed as the long-term replacement for Patrice Evra. Despite being constantly sidelined, he was never replaced as the heir to that throne. Before the year's turn, that baton was passed over to Williams. Perhaps that was motivation enough for the 24-year-old from Kingston upon Thames. It certainly looks that way... 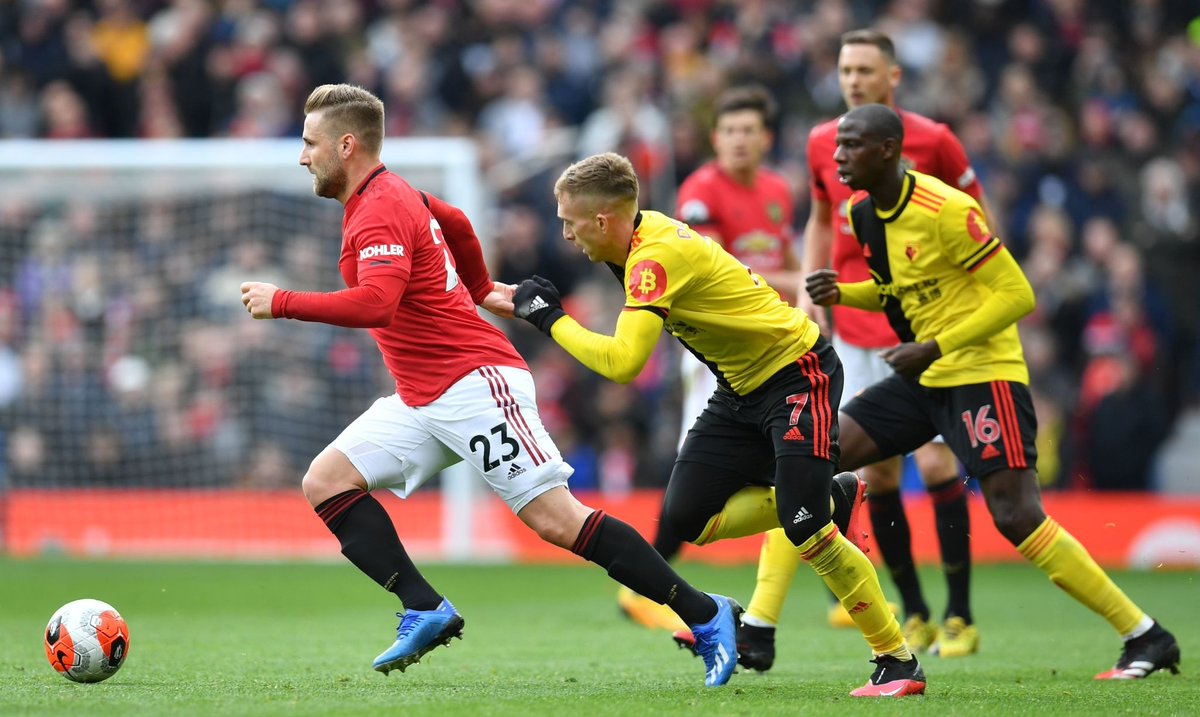 United Zone
ManUnitedZone_
Follow
Luke Shaw has been great recently since he's got back in the side, looks much fitter and the competition from Brandon Williams looks to have helped him out. #MUFC https://t.co/mkuf94oSIX
Follow
15:47 PM - 23rd Feb 20
113
1472

The pair have undoubtedly been pushing each other hard on the training ground. After all, when Solskjaer opts for a back four (which is the formation we see more often than not), there's only one slot available. Shaw has spoken about how he enjoys playing alongside his fellow Englishman, but one would suspect those opportunities will be few and far between.

A positional switch also played a role. Shaw was inserted into the centre-back slot as part of a back-three against Chelsea. It was then we began to see those powerful driving runs forward re-emerge. Perhaps having that extra security blanket gave the Englishman an inner belief that he could bomb up the field and join in on the attack. Gary Neville concurs. He played with a fearlessness, a passion, a pride. He's since moved back to his usual left-back position, though all those qualities have definitely remained.

If Shaw can now remain healthy, it gives Solskjaer one less position to worry about. Williams' talent is undeniable, though a rejuvenated Shaw now firmly stands in his way. There's also a chance that United's #23 now jets off to the European Championships with England. If he continues this form, I think it' a shoo-in that he'll be aboard the plane.

It's just nice to see a success story at Old Trafford. The post-Sir Alex Ferguson era has largely been filled with doom and gloom, but under Solskjaer, it definitely feels like a happier place - where footballers are actually improving. Credit to Luke Shaw for not giving in. He's definitely still young enough to make a huge impact at Manchester United.