In the 176th Manchester derby, the so-called noisy neighbours had the chance to be crowned Premier League Champions at the expense of their more storied rivals. Halfway through the match, City was up 2-0 and it should have been more but, in the end, it was United who pumped up the volume.

Regardless the manager's perspectives, fans witnessed one of the most entertaining Manchester derbies in modern history. Five goals, nine yellow cards, 25 shots, 12 corners and an abundance of world class players treated us to a memorable 3-2 win for Manchester United.

Here are three talking points from an enthralling Manchester derby.

A preview of next season

Throughout the season City have dazzled us with out of this world football. United have been altogether down-to-earth. The first half of this match suggested we’d see a perfect example of that narrative. In the second half, United flexed their footballing power. This is the Manchester United that reflects £350 million in spending over the past two seasons.

Jose Mourinho sides often resemble defensive solidity and attacking efficiency. This season, the Red Devils have showcased more of the former than the latter. When they do flex their attacking strength, as they did in the second half, no team in the country can stand before them. Usually, Jose Mourinho gets it right in his second season with a club, this time it will be third time lucky.

Let’s try our best not to have a knee-jerk reaction, but in the space of a week, Manchester City has lost two massively important games against their nearest rivals. It’s all well and good winning 18 games in a row and setting Premier League records. When it really mattered, Manchester City crumbled.

For City’s owners, Wednesday night hurt more than today’s bombshell but fans who were singing before halftime will never live this one down. The fans singing at the final whistle won't let them.

City will inevitably secure the league title in the coming weeks. Only, they will do it in a humble, pedestrian manner. At the crucial moment, the spectacular escaped them.

Granted, Pep Guardiola made four changes to his starting XI, but the first half’s antics do suggest his line-up was justified. If Raheem Sterling had finished one of four golden opportunities, United's comeback might never have materialised. Still, it’s the second half that will have the Spaniard scratching his head for a while. This is the first time in history that a Pep Guardiola team has conceded 3+ goals in two consecutive games. This is also the first time Manchester City have lost a game they were 2-0 up in since 2008. Do all the signs point towards the biggest capitulation in footballing history or are we jumping the gun? I guess Tuesday will tell us all we need to know. 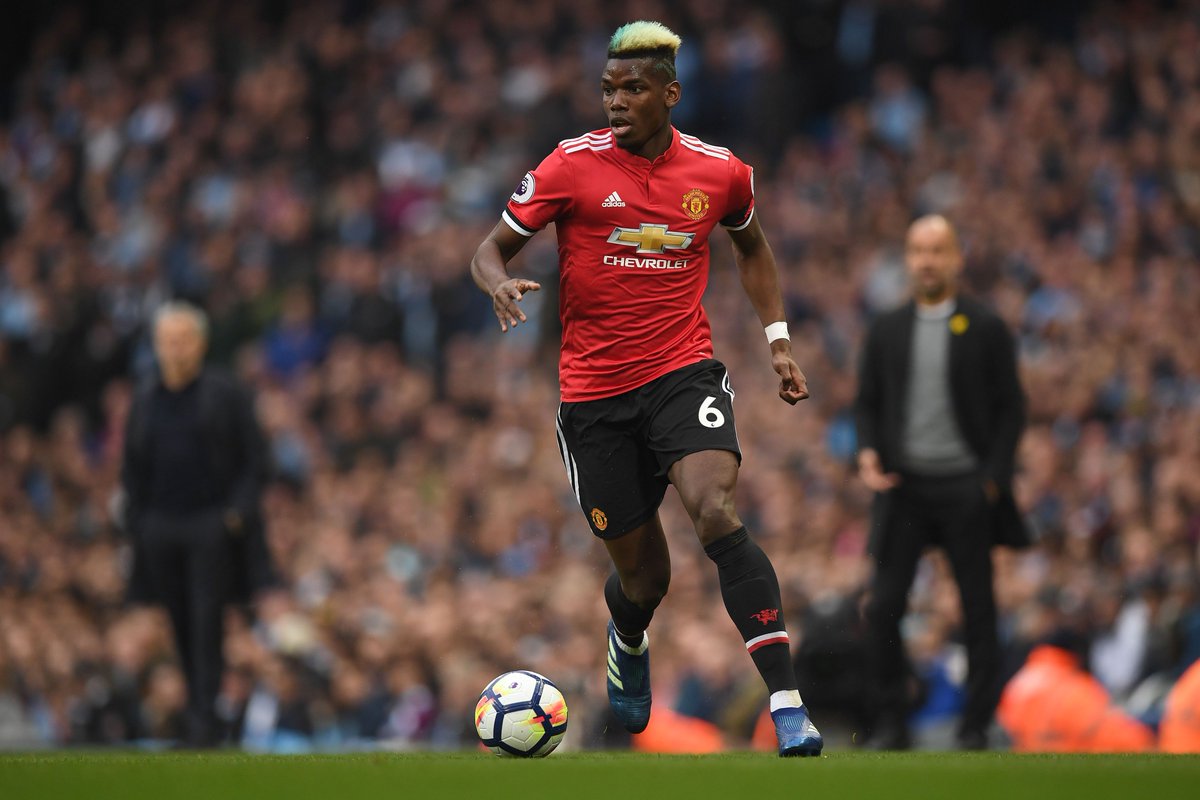 It’s no locker room secret that Paul Pogba is not on the best of terms with manager Jose Mourinho. The Portuguese coach has made an example out of the Frenchman by either substituting him early or not starting him at all. The extent of how bad their relationship has deteriorated was highlighted through Pep Guardiola’s shocking claim that the Frenchman’s agent offered him to Manchester City.

But even with everyone doubting his loyalty, ability, and quality, Paul Pogba turned up in the most unprecedented fashion. With his team 2-0 down, Pogba, alongside Alexis Sanchez, took the game by the scruff of the neck and levelled things up. In less than two minutes. Two perfectly timed runs into the box were just the kind of world-class quality United fans had been waiting to see from the 25-year-old.