Manchester City's Phil Foden deserves his chances this season, but will he get them?

By Jordan Street
British Football Opinion Phil Foden Premier League Slider Articles
Manchester City are potentially one of six clubs who'll have title aspirations going into the new season. Pep Guardiola approaches his second campaign in charge, and we're already seeing him turn to youthful exuberance. One man who is getting his chance on tour is the Stockport-born midfielder, Phil Foden.

The young man looks set to be a huge part of City's pre-season tour of the United States, and rightly so. However, he has been in Guardiola's senior matchday squad before - as he was named on the bench for a Champions League game against Celtic late last year.

Foden, 17, is the dream player for Blues fans. He's been at the club for years, first representing them at the under-9 age group. Now, he's beginning to make his mark.

He's clearly highly thought of by everyone at the club, and if you watched the first Manchester derby to be played outside of the United Kingdom, you'll know exactly why. 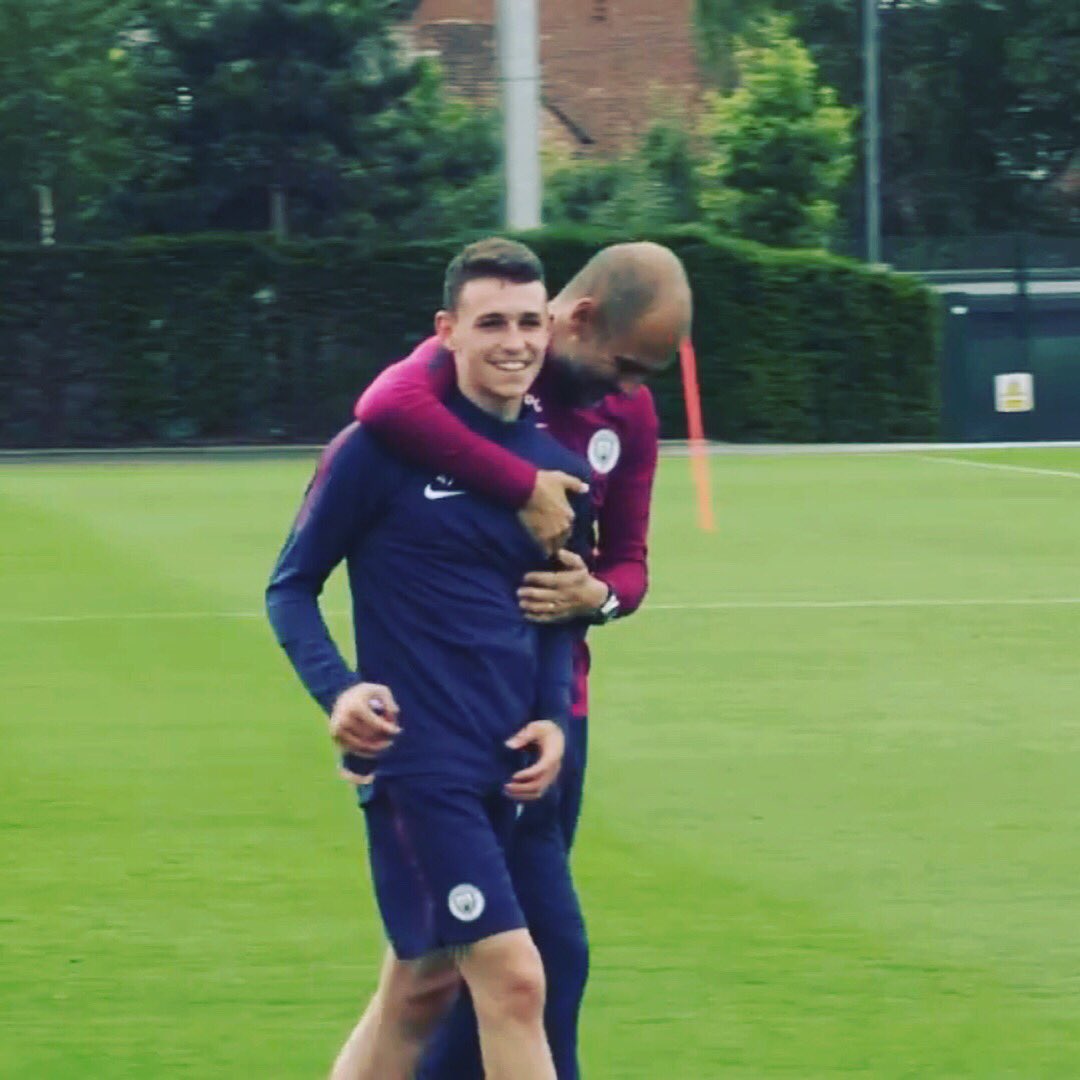 Will Phil Foden get his opportunity this season?

First of all, a lot depends on how well he does on tour. The derby was City's first game, and they have plenty of matches yet to come. However, in the aforementioned game, Foden was comfortably the best player wearing sky-blue.

He certainly didn't look out of place alongside the likes of Sergio Aguero and Yaya Toure, and at times, he made top-level opponents like Ander Herrera and Paul Pogba look like amateurs. He seems tailor-made to play for City under Guardiola, and it already feels like a match made in heaven.

The young man absolutely has it all. Foden has pace, ability on the ball and a natural intelligence when it comes to positioning and knowing where to be. Some of these things are instinctive and they just cannot be taught. On top of that, he doesn't shy away from a shot as he stung David de Gea's hands on a couple of occasions.

He has the capabilities of playing all across the attacking line in-behind the striker, giving Guardiola another option in the final third of the field. However, his main position is directly in the middle of the park where he can get himself involved more often.

It won't be easy for the young man, as he has plenty of competition that he'll have to displace. In the centre of the park, he'll be up against the likes of Fernandinho, Fernando, Yaya Toure, Kevin de Bruyne and Ilkay Gundogan once he returns from injury.

Then, if he's eyeing a spot in the team in a more advanced role he'll be looking to usurp David Silva, Bernardo Silva, Raheem Sterling or Leroy Sane. That's some insanely talented front line, but I'd back him to beat at least one of them out over the next year or so.

There is absolutely nothing better for him than a gaffer who believes. After the game, Guardiola said of Foden:

"I don't have words - I would like to have the right words to describe what I saw,"

"You are the lucky guys who saw the first game, for the first team for Manchester City, of this guy."

"It's a long time since I saw something like this. His performance was another level. He's 17 years old, he's a City player, he grew up in the academy, he loves the club, he's a City fan and for us he's a gift."

For the player, praise couldn't get any higher. This will give him that extra confidence boost in his own ability, and he will know that he has a manager who backs him 100%. Now, he just needs to keep putting in the work on the training field, whilst staying patient. He has to be ready to grasp his opportunity with both hands when it comes his way.

As of right now, I'd expect to see him take to the field in the cup competitions, whilst being given a handful of league appearances from off of the bench. However, you just know that Guardiola will throw him in at the deep end if he keeps improving and progressing. The saying, 'if you're good enough, you're old enough' rings true here, and don't be surprised to see this guy starting in the Premier League at times this season.

It's always great to watch academy products perform at the highest level for the elite clubs in the English game. City haven't really done that recently, but this could be the start of a change in mantra for the Etihad club - and it's one their fans should be supremely excited about.