Every football talent worth his salt has a good agent. Most hire one to whom they can relate.

Manchester United manager Jose Mourinho employs Jorge Mendes, who is to football players and managers what Bob Baffert is to Kentucky Derby and Triple Crown-winning thoroughbreds. Although less enthusiastic about the media as his client, Mendes is equally adept at charming them with quotable remarks before doing as he pleases behind the scenes.

Mourinho’s first batch of signings at United comprised Paul Pogba, Zlatan Ibrahimovic, Henrikh Mkhitaryan and Eric Bailly. All four have brazen, innovative playing styles. For Zlatan and Pogba, the brazen spills over to their personalities. Mino Raiola is the perfect representative for the group. He is inventive, relentless and always posts big numbers.

Anthony Martial is another unique, prolific talent but his personality is more reserved. Like the player, his advisor doesn’t speak often. When he does, however, he is very effective.

After thinking about all the factors and possibilities, Anthony wants to leave Manchester United. There are lots of factors, and right now it's too early to talk about them.

Naturally, he then proceeded to discuss the matter. Noting that United had loudly proclaimed an interest in keeping Martial at the club, Lamboley observed the board was taking their sweet time in furthering that interest.

I think that when Manchester United, the most powerful club in the world, do not find an agreement after eight months of negotiations then they do not really want to keep such an important player in their squad. 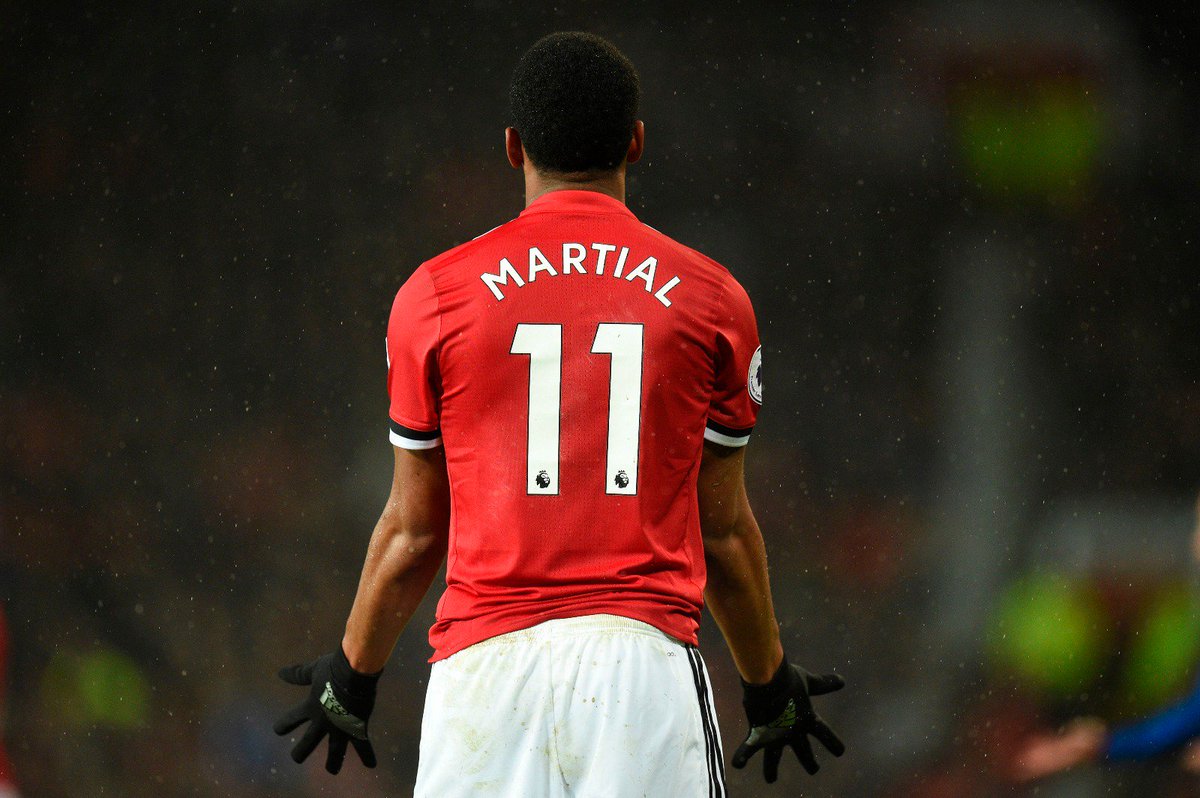 He has a point. If a club values a player, they don’t leave him hanging. The club is doing everything it can to extend David de Gea’s contract beyond the club option year in 2019/20. Ashley Young has been extended. Daley Blind and Juan Mata, too. Even Jose Mourinho himself has been renewed. If Manchester United couldn’t live without Anthony Martial’s services, the ink on a new deal would have dried before the season ended.

More to the point, United wouldn’t have pursued Alexis Sanchez and made the Chilean their highest-paid player. According to Transfermarkt, both Martial and Sanchez posted 11 goals and nine assists in their respective 2017/18 campaigns. The difference? Sanchez required 915 minutes more to reach the total. In other words, Martial, maligned for not tracking back as energetically as his new teammate, either scored or created one more goal in every half of football that Jose Mourinho deigned to give him.

Sanchez works harder to win back the ball. No one is arguing he doesn’t. The relative value of the habit is up for debate, though. United fans derided Wayne Rooney without mercy for dropping back deep to claim the ball in his final seasons at Old Trafford. Martial remains up the pitch, providing United defenders with a target when they win the ball. As a result, he is more productive. But the club is happy to be rid of him.

Lamboley is an effective representative for his client. He chose not to complain about any fan bias against his player. Instead, since supporters appear to want a club man, he painted Martial as one.

Anthony is disappointed because he has shown his love for the club and the supporters for three seasons. Without the unconditional support of the fans, he would have already asked to leave United.

Leaving the door open, he also tempered his remarks regarding United’s position.

It's important to remember that he is under contract and that Manchester United will have the last word. We will respect the club's decision and he will stick with his commitment to the end.

There was a hidden warning in the words, however. A message that United can refuse to respect Martial’s wishes and play their delaying game if they please. Martial can delay, as well, “to the end.” Then leave on a free.