Imps, Stags face off with League One football at stake

We are getting to that stage of the season where every game is vital unless you're stranded mid-table.  In League Two, everything is still up for grabs. At the top, five teams battle for the three automatic promotion places. Mansfield Town are fourth. Tonight, they welcome top-of-the-table Lincoln City to Field Mill. Although the Stags are ten points adrift the Imps, they're just five behind Bury in second and four above Tranmere Rovers in fifth. The outcome in this tilt may influence the table significantly.

With nine games left to play, MK Dons sit third. They're only a point ahead of David Flitcroft's side after drawing at home to Stevenage on Saturday. Bury remain in shouting distance after weather postponed their contest with Cambridge United. Tranmere's trip to Boundary Park was also put off but it has the effect of leaving them on the same 37 games played as Mansfield. The Yellows won't need to look over their shoulders while they contend with the Imps.

A rivalry developed between Mansfield and Lincoln City recently. Earlier this season, they played an ill-tempered EFL Trophy tie in which Michael O'Connor saw red in stoppage time for the Imps. As well, there's no love lost between Flitcroft and his opposite number Danny Cowley.

Lincoln's rise since 2016 is remarkable. Cowley leads them especially well for a first-time manager.

The 40-year-old took them to the FA Cup quarterfinals in his debut season. The Imps were the first non-league side to go that deep into the competition since Queens Park Rangers in 1914. More importantly, he engineered a promotion campaign that lifted them back into the Football League.

Cowley kept Lincoln in ascendance last term, winning the EFL Trophy and reaching the playoffs. Despite missing out on back-to-back promotions, the club situated 65 km east of Sheffield goes from strength to strength. Pre-season they were among the title favourites, alongside Notts County and MK Dons. From the word go, they have looked the most likely.

Unbeaten in seven out of the gate, Cowley's crew keep on keepin' on. Four defeats put the Imps level with Manchester City and Luton Town for third fewest in the Football League. Only Liverpool [1] and Sunderland [2] better that mark. Since November, Lincoln failed to take points in the league just the once. In 2019, only Everton [FA Cup] left them on the losing end.

With such a consistent record, a club higher up the pyramid is bound to take interest in Cowley. All the sooner if he can secure promotion and the League Two title.

In this match, he can call upon a full squad. Sam Habergham is the only unavailable player. The left-back suffered a serious knee injury in late September. 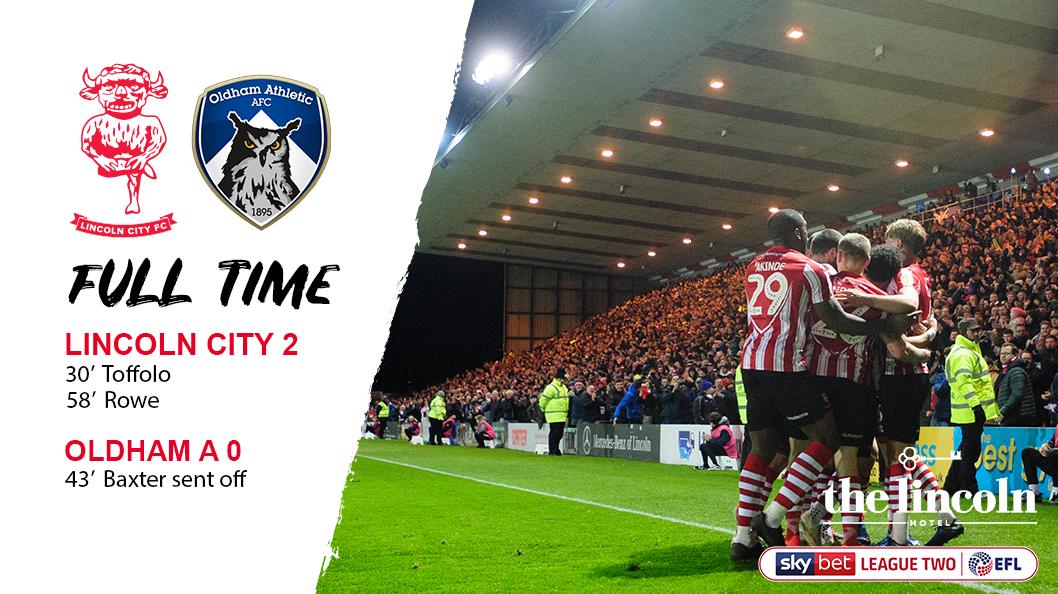 Last season Mansfield looked good for an automatic promotion spot, too, never mind the playoffs. Then manager Steve Evans departed for Peterborough and the wheels came off. The Yellows finished eighth.

David Flitcroft took over. While it took time, he stabilised the squad. The quality was always there. Coming into this campaign, the oddsmakers had them fourth in the division. History repeats, however. The Stags are slipping again in the late-going. The dip in form took them out of the automatic places.

The Stags boast League Two's best defensive record, conceding only 30 times. They've lost only six, second-fewest behind the Imps. Draws are their Achilles heel, sharing the spoils a league-high 14 times. Half their defeats came in the past six matches, including setbacks against Notts County and Port Vale who both reside in the bottom five. Injuries are piling up, too.  Ryan Sweeney is doubtful for tonight and would be a critical miss.

Even though Flitcroft's side need wins, a draw lifts them above Dons and back into the automatic places on goal difference. Despite their dismal form, the future remains in their hands. While a huge game for both, it's more so for Mansfield. The wheels would have to completely fall off for Lincoln to miss automatic promotion. They look set for the title. On the other hand, nothing is guaranteed for the Stags. Either way, the match is a great advert for League Two to lead into the international break.

The game kicks off at 7.45pm UK time on Sky Sports Main Event.