Marcus Thuram schleps a lofty burden throughout his career. He must uphold a famous family legacy. Another awaited in Germany last summer; filling Thorgan Hazard's huge void. Unheralded, Thuram has done both with aplomb, in the process, lifting Borussia Monchengladbach to Bundesliga's summit.

Gladbach went into Thursday's Europa League clash with AS Roma in an odd situation. Die Fohlen enjoyed an electrifying start to the domestic Bundesliga season. They are surprise leaders – ahead of Borussia Dortmund, RB Leipzig and Bayern Munich. However, the lights were off in Europe.

An early exit from the competition was a real possibility. Marco Rose's team were bottom of Group J with two draws and one defeat. They were desperate for a win and had 1979 UEFA Cup-winning Foals on hand in the stadium as extra motivation.

It seemed as though another stalemate was inevitable after Federico Fazio made amends for his earlier own goal. The Italians were in full control up until the final minutes. Denis Zakaria cross from the left found Alassane Plea who headed back across the box towards his French compatriot. Thuram sent Borussia-Park into raptures.

It capped a memorable night for the 22-year-old who was directly responsible for Gladbach's opening goal as well. Although none of his teammates was well placed, his low cross found its way to Fazio who while trying to clear the awkward ball steered it into his own net. Thuram has consistently brought home the bacon for Gladbach.

After hitting the ground running on his debut in the DFB-Pokal, the son of legendary French defender Lilian then failed to hit the net in next first four league games. Rose stuck with his French import despite his barren streak. A shocking 4-0 home defeat to Austrian side Wolfsburg in the Europa League was the watershed. 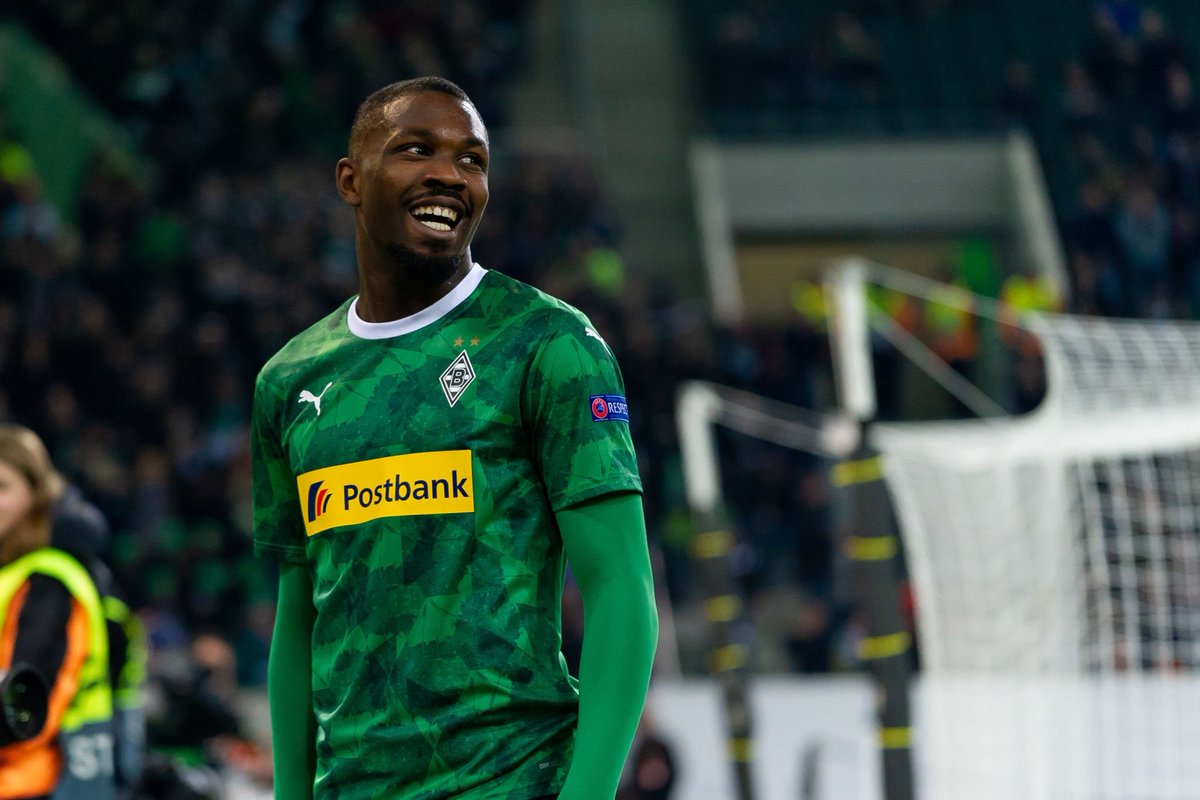 Marcus Thuram vs AS Roma:

Thuram came off the bench to hit a double, inspiring Gladbach to a come-from-behind 2-1 win over Fortuna Dusseldorf. He contributed twice in the following game – a 3-0 triumph over Hoffenheim. The French youth international entered another dry patch, failing to score in four matches but the goals rained uncontrollably afterwards.

The strike against Roma was his sixth contribution (4 goals, 2 assists) in the last four games. He notched a goal and assist against Frankfurt, buried his team's only effort at Dortmund and racked plundered and helped his teammate last week at Leverkusen. Thuram’s fine form has coincided with Gladbach’s surge up the table.

The 22-year-old has been directly responsible for nine goals in nine league starts; over one-third of his team’s 21 strikes. The others were supplied by either Alassane Plea and Breel Embolo with whom Thuram forged a dreaded partnership in attack. The pair contributed a dozen goals among themselves.

Three years ago, Thuram was lost in obscurity in France's second-tier with Sochaux.  His famous dad was seemingly the only reason he had a usual hype even in the fringes. The young forward, though, always strived to break free from his father's shadow.

After one full season in Sochaux, he made the switch to Guingamp in 2017. Two years down the line, he was on the move again. Thuram moved to Germany last summer following a 13-goal haul. Monchengladbach paid a reported €12million outlay to replace the departed Hazard. They'd be glad they did.

Despite his bulky frame at 1.92m, 88kg, Thuram is a fleet-footed and mercurial. Quick, direct and with the upper body strength to clear defenders out the way, the 22-year-old is a handful for defenders.

So far so good, Thuram has shoved two burdens; upholding his family legacy and replacing Hazard. The final would be whether he can keep Gladbach in Bundesliga summit.