Mauro Icardi marked his first Internazionale appearance in almost two months with a goal against Genoa on Wednesday. The pragmatic Argentine was frozen out since being stripped of the captaincy amid protracted contract renewal talks. Whether or not the 26-year-old remains in San Siro beyond the summer is unknown. For now, he is vital.

Inter produced the perfect response to a shocking home defeat to Lazio at Stadio Comunale Luigi last weekend. The Romans returned to the capital with maximum points for the third time in seven trips. It was soothing revenge exerted on the club that stopped them from reaching this season's Champions League. A Nerazzurri victory would have effectively eliminated Lazio from next season's competition. Instead, the gap between the two is five points.

In the end, it matters little. The inconsistent Biancocelesti crashed to SPAL on Wednesday while Inter were emphatic. Luciano Spalletti's men struck four times through Roberto Gagliardini, Ivan Perisic and Icardi without going to sleep at the back. It was a classy team performance in which the former captain stood out.

He won and converted a penalty, crashed the post and, more importantly, threaded a pass through the eye of a needle for Perisic to score the third. The 26-year-old showed Spalletti just what he's been missing.

Icardi’s inclusion had an impact. The Genoese defence stayed tight to him, doubling up at times, leaving others open. Matteo Politano and Radja Nainggolan thrived with hectares of space to operate, offering a tempo and creativity rarely seen this season.

Inter re-established an eight-point lead over Lazio although the Eagles retain a game in hand. In third place with 56 points, they are four better than city rival Milan, who lost to Juventus yesterday, and an additional point over Atalanta in fifth. Another result against La Dea will lift them clear of the top four race. 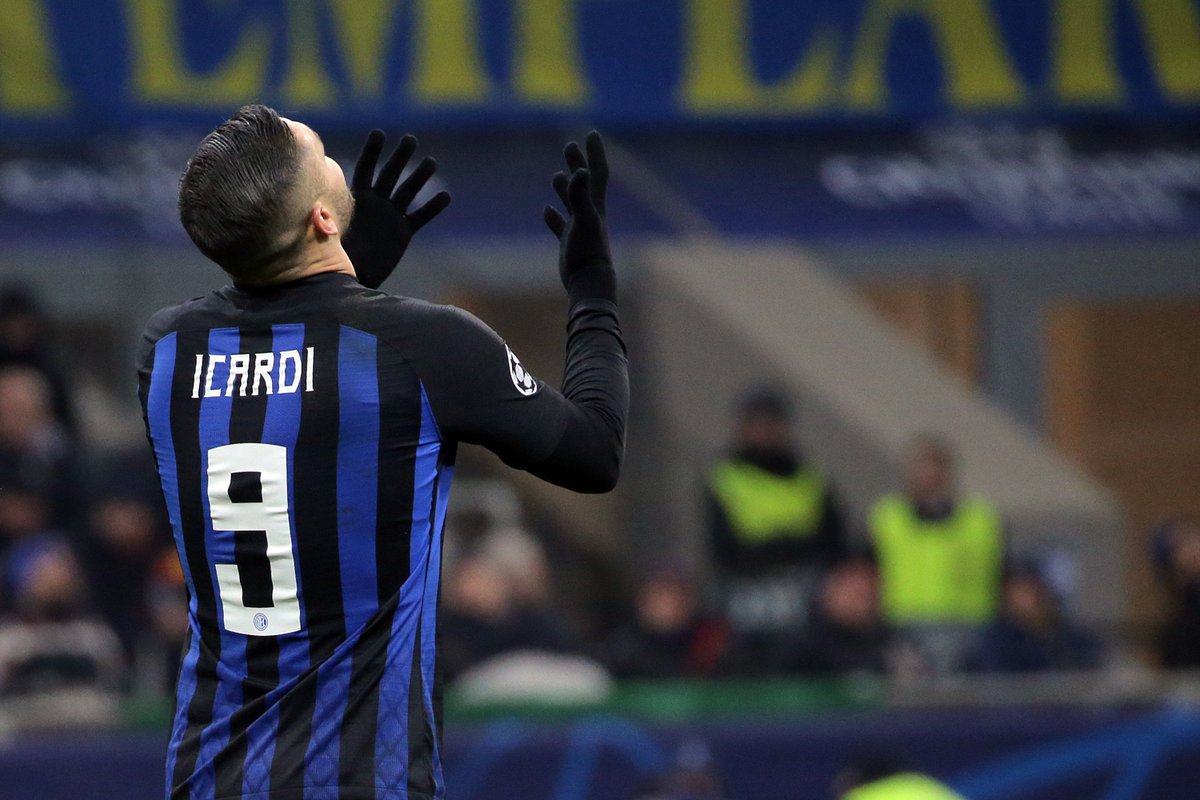 It's been a rollercoaster season when the blue bunting goes up in the Guiseppe Meazza/San Siro. Spalletti's side dip in and out of form between staging soap operas for the masses. Just when the Nerazzurri find their rhythm, Nainggolan goes clubbing or Icardi's wife, Wanda Nara goes on television.

There's no time for drama today. Atalanta punch above their weight. Their potent attack has carried them all the way to fifth in the table. Even Juventus are no match in the final third.

Gian Piero Gasperini's strength lies on the flank. He utilises aggressive wing-backs to feed his forward triumvirate. The ex-Genoa boss is a fitness freak. His team is strong and rarely injured.

For all his tactical ingenuity, Spalletti must be grateful to have Icardi again. Their relationship may remain fractured but all that matters is the outcome on the pitch. A poacher of Icard's pedigree needs no extra motivation. He's desperate to recover lost time, even if it's just to put him in the shop window for summer.

The strike against Genoa put the 26-year-old in double figures for the fifth consecutive year. In a full campaign, however, he typically reaches twenty. There's ample time to pick up the momentum. Atalanta at home is perfect.

Sunday will be their 27th meeting. Inter lead the way with 13 victories. Atalanta picked up seven, including the last outing, a 4-1 win. Don't expect the Nerazzurri to keep a clean sheet. This one is more likely to be last goal wins.