Mike Petke: Managers can express themselves, too

Mike Petke is a Bohemian. Not in the sense of having a quirky lifestyle or being from a certain region in the Czech Republic. His Twitter account describes him as “Head coach RSL. Family man. Sweater connoisseur.” Petke’s penchant for monochromatic sweaters is about as avant-garde as he gets. What makes him Bohemian is the name of his hometown on Long Island, New York.

Bohemia is a working-class hamlet of, at last count in 2010, just over 10,000. It’s a little over 50 miles from Brooklyn, which if you’re unfamiliar, is home to people who resemble residents of East London, just louder and less lyrical. In both the geographic and cultural sense, Bohemia is not that far from Brooklyn.

Petke isn’t always loud and less than lyrical. He picks his spots. When he was sacked after two seasons as the popular and successful coach of New York Red Bulls in 2014, he took it with dignity and class.

He had every right to be upset. In his first campaign, he led the team to the Supporters Shield for the regular season's best record before faltering in the Eastern Conference final. After Thierry Henry retired, the Red Bulls finished fourth. Petke still guided them to the conference final, but no further.

The Red Bulls decided a fresh face should try to lift the team to the next level. Former Montreal Impact boss Jesse Marsch was brought in. In his first season, he replicated Petke’s Supporters Shield. He too bowed out one round away from the MLS Cup. In his second season, the Red Bulls finished first in the East, third overall, but were upset in the playoffs’ first round by Marsch’s former team, Montreal.

Unlike Petke, Marsch received another opportunity. He did little with it, squeaking into the playoffs in the sixth and final spot and losing to eventual champions Toronto FC in the Eastern Conference semifinal.

Again, he wasn't sacked. He had the club in third place heading into the World Cup break when, like his former rival at NYCFC, Patrick Vieira, he accepted a job in Europe. In Marsch’s case, it was as an assistant at another Red Bull side, the one in Leipzig. Fans in New York weren’t happy but were less so with the early results from his interim replacement

After a season’s hiatus from coaching during which he worked on television and in youth football, Petke accepted the manager’s job with Salt Lake Monarchs, Real Salt Lake’s reserve squad. Three months later, he stepped into the senior team as Jeff Cassar’s replacement.

His early work wasn’t as impressive as his debut with NYRB. RSL was in far worse condition with too many veterans hanging on and too few young talents pushing them out. Working with the materials to hand, Petke has slowly changed the culture at the club, restoring some of the swagger that carried the 2009 squad to an MLS Cup. The Cobalt and Blue are fifth in the Western Conference, wedged tightly between Portland Timbers and LA Galaxy and three points above playoff chasers Houston Dynamo.

It’s not a bad place to be in a rebuilding campaign, but following a World Cup in which VAR received mixed reviews, Petke found himself in a bad place concerning the technology and could contain his loud and less lyrical side no longer.

In a match that RSL lost 3-2, the manager was upset with an early yellow card issued to Loons’ Rasmus Schuller for a studs-up challenge that caught Salt Lake forward Danny Acosta on the calf. Petke felt it should have been a red. He also took issue when Darwin Quintero knocked over Justin Bilyeu before a long pass arrived, then scored from the play. He argued with the referee pitch-side, was sent to the stands, then addressed the league in a post-match rant during his presser. Among other things he invited a fine and suggested the VAR official might be watching the Simpsons while the match was ongoing.

The rant also included some constructive suggestions to improve VAR, such as requiring referees to publicly explain controversial calls, transparency being a better option than the current silence on the matter from Major League Soccer. The headphone flip at the end was a nice touch, too.

Applying the phrase “I don’t give a shit” ensured the league’s response. They levied a $10,000 fine and two-game suspension but failed to address any improvements to VAR or league officiating in general.

With his loud and less lyrical side subdued, Petke issued an apology a few hours after the rant, calling it immature and promising to “try not to let it happen again, no matter how worked up I get.”

Petke took his punishment in stride. After watching his son take shots from US International and RSL no.1, Nick Rimando, he tweeted his thanks with a quick reference to the fine. 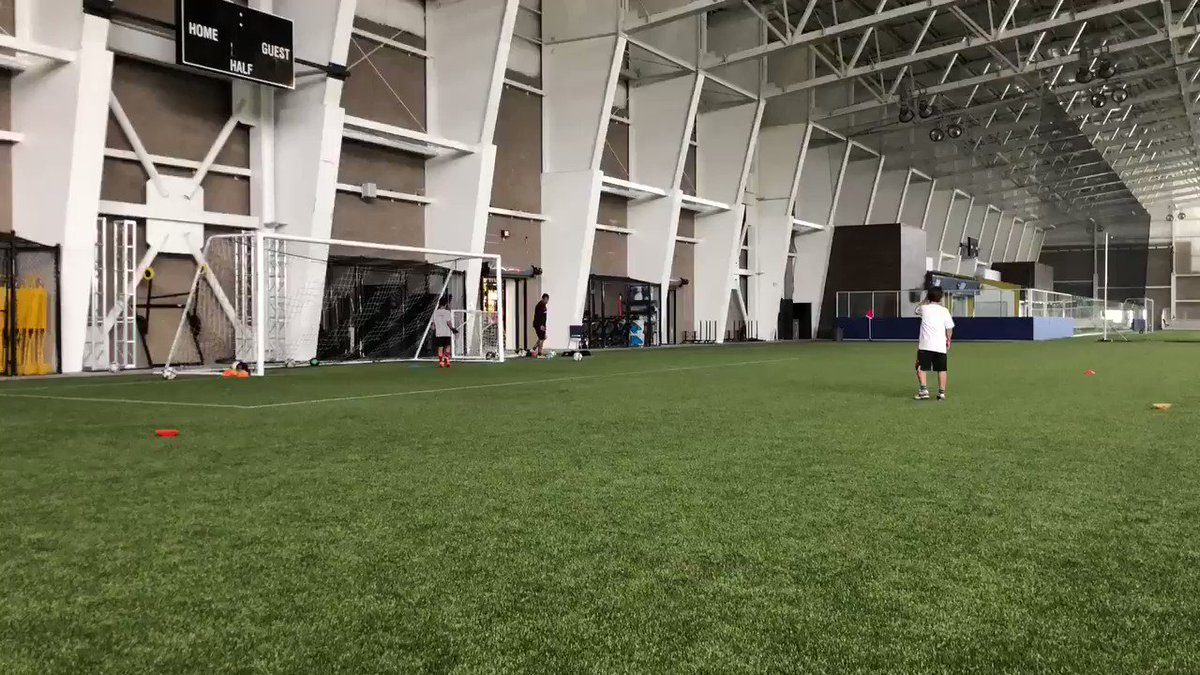 As Red Bull faithful were with their local boy, Real Salt Lake fans fully support their new coach. A “Mike Petke Doesn’t Give a Shit”Go Fund Me campaign was started with the goal of paying half the fine. At the writing, it had collected more than $1,200 towards the targeted $5,000.