Another full slate of Major League Soccer action took place over the weekend. Seven Saturday matches squeezed between two apiece on Friday and Sunday. Let me catch you up.

3. Bradley Wright-Phillips -- The New York Red Bulls couldn’t find a goal against Chivas de Guadalajara in the CONCACAF Champions League semifinal. Wright-Phillips was in alone in the first leg but put the ball into Rodolfo Cota’s waiting arms. The second-generation footballer rediscovered his form against Montreal Impact on Saturday.

He scored five minutes into the match when Victor Cabrera inexplicably passed to Florian Valot at midfield. Valot split the defenders with a perfect lead for Wright-Phillips, who took a look, then buried the ball beyond Evan Bush.

Jeisson Vargas struck back for the Impact with a beautiful bender off a set piece. It curled to Luis Robles’ left, caroming in off the post before the Red Bulls keeper could arrive.

Just before the hour, BWP was in again but denied by Bush. The Red Bull finisher turned provider, chasing the ball down, turning, then casually setting up Kaku in the box. The 23-year-old Argentine delivered a crushing volley under the bar, restoring the Red Bulls’ lead.

The Red Bulls remain in sixth place in the East, opening a three-point lead on the Impact.

2. Alvas Powell -- Portland opened the season on the road while renovations to Providence Park were completed. The Timbers couldn’t buy a win away for new coach Giovanni Savarese but there’s no place like home. Portland came away with a raucous 3-2 victory over Western Conference rivals Minnesota United.

Winger Alvas Powell opened the scoring for the Timbers with a run down the right flank. The 23-year-old had two United defenders turned the wrong way with a delicious step-over, split them to continue his run, then finished to the near post. On 22 minutes, the ball found him along the byline. His cross deflected perfectly for Diego Valeri to nudge past Matt Lampson to put the home side up 2-0.

Darwin Quintero pulled one back for the Loons on 64 minutes. Fanendo Adi had the answer 10 minutes later. Adrian Heath’s side kept coming, forcing a Bill Tuiloma own goal with nine minutes remaining, but they couldn’t find an equaliser. The Timbers finally put one in the win column.

It was enough to pull them level with San Jose and Houston on five points but keeps them second from bottom in the West on goal difference. Minnesota are one point better in eighth.

1. Joe Bendik -- Talen Energy Stadium is not an easy place to pick up three points. The Philadelphia Union are a solid, organised squad backed by vocal support from the Sons of Ben [as in Franklin]. The Union aren’t a flair side but they keep coming and can wear an opponent down. Joe Bendik remained resolute in the Orlando City goal.

The Lions keeper made two big saves and forced CJ Sapong to shoot wide on a partial breakaway before his side finally broke the deadlock. Sacha Kljestan lobbed a ball over the high line. Dom Dwyer beat the offside trap, turned, opened his body, and slotted past Andre Blake. Chris Mueller then ran into a cluster of Union defenders and came out the other side somehow still in possession before burying Orlando’s second.

In the second half, Bendik went back to work to protect the lead. He got down to palm away a Fabrice Picault shot labelled for the far corner. David Accam then began a movement across the top of the box from the left flank. The ball was ultimately laid off for US international Alejandroya Bedoya, whose low drive was again parried away by Bendik.

In all, the keeper turned aside five Philadelphia shots in preserving Orlando’s three away points and clean sheet. The Lions are now the lowest of three sides on ten points in the East while Philly remains in eighth.

Jason Foster
JogaBonito_USA
Follow
Great save by Joe Bendik! He did very well to quickly get down and tip away the low shot by Fafa Picault. #OCSC #DOOP #PHivORL #MLS https://t.co/fWLGfk2l2Z
Follow
02:26 AM - 14th Apr 18
5
10

We don’t need no stinking coaches

The USSF added the Three Lions to its fixture list for November. The schedule had already included a tilt against the Azzurri. While we’ll have to wait for the World Cup to play out to see how excited Americans should be to face England, Italy was already an intriguing matchup after both countries failed to qualify.

To make it more interesting, the US have yet to name a new coach to replace Bruce Arena. Whoever it is will have to hit the ground running with two top opponents on the calendar ahead of preparations for the CONCACAF Gold Cup and, possibly, the Copa America in summer 2019.

It’s a tough way to settle into a new gig, but at least the results will tell the new boss exactly how much work lies ahead.

And here the NFL thought LA wasn’t a football town

Bob Bradley and LAFC took their frustrations over a referee-assisted whipping from Atlanta United out on Vancouver Whitecaps at BC Place. Carlos Vela opened the scoring on the hour with his second inch-perfect curler to the far upper 90 this season. Stefan Marinovic had no chance. The Wings put the game to bed ten minutes later. Marinovic and his defence fluffed their lines, allowing Diego Rossi to pounce on a loose ball. Vancouver hangs on to third in the West but LAFC are now just a point behind.

In Chicago, Zlatan Ibrahimovic renewed acquaintances with Bastian Schweinsteiger then added to the Fire’s early season troubles by splitting two defenders to head home an Ashley Cole cross for the game’s only goal. Ibra had two other clear chances but Ricard Sanchez closed him down to make saves in both instances. The Galaxy are now in second, still a distant four points from Sporting Kansas City. Chicago are second-bottom in the East, on four points from five matches.

Toronto FC have made a deep run all the way to the CONCACAF Champions League final. Unlike, UEFA, there is no break between rounds. The semifinals concluded last Tuesday. The final kicks off tomorrow. Meanwhile, the Reds have the MLS regular season on the weekends. The defending MLS Cup winners finally notched their first win of the season last week but manager Greg Vanney wasn’t concerned about building on that momentum. Saturday, he rested all his top players, including Sebastian Giovinco, Jozy Altidore, and Alex Bono, paving the way for Colorado Rapids to cruise to a 2-0 victory. Jack Price scored his first MLS goal and Albian midfielder Shkelzen Gashi converted a penalty. The Rapids now hold the sixth and final playoff spot in the Western Conference.

Vanney has his preferred XI rested for the midweek clash with Chivas but has left much work to do in MLS. TFC needn’t catch New York City FC, now 14 points ahead. Optimally, second place will earn them a first-round bye in the autumn playoffs. Atlanta United are ten points distant. Sixth place is only a half-dozen points away but Vanney would much prefer home advantage in the first round if he must play it, meaning his side would have to reel in New England, Columbus, and Orlando City, all on ten points at the moment.

It’s a lot of work. Of course, it will be much easier if the club have a Champions League title to make it all worthwhile. Then they can party at Mildred’s. 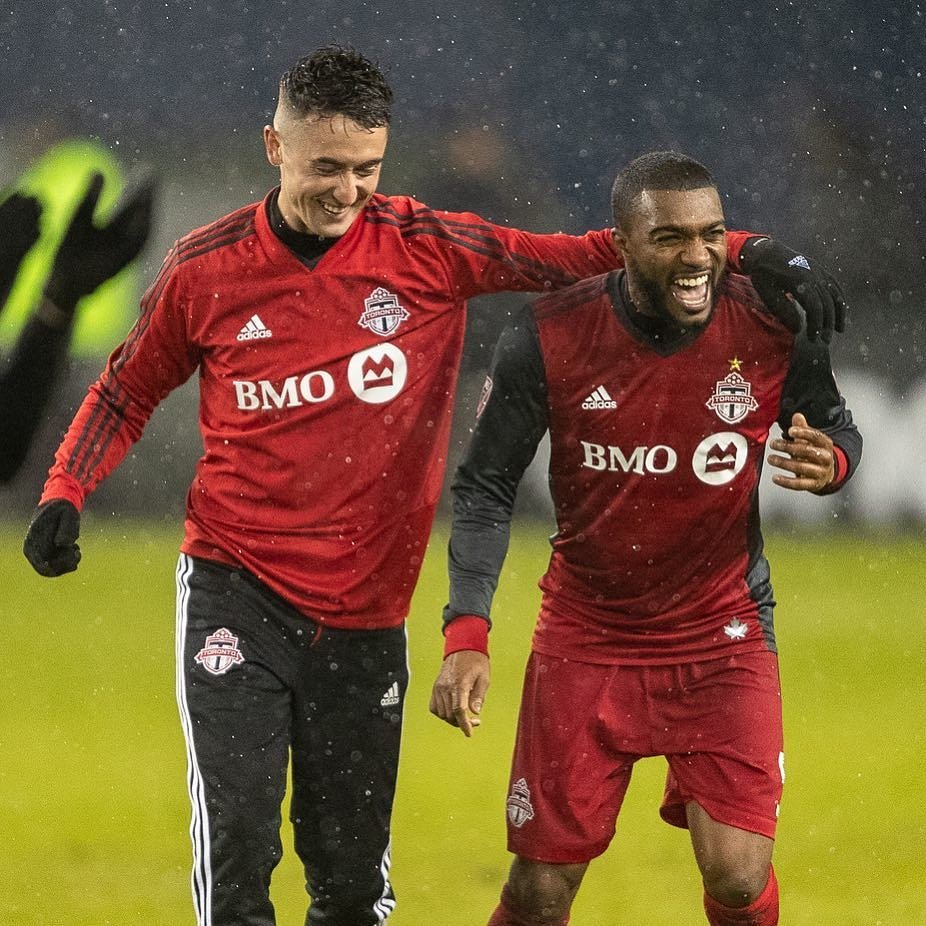 What else could happen?

MLS action picks up again on Friday when Sporting KC host Vancouver Whitecaps at Children’s Mercy Park. See you earlier in the day with the MLS Grab Bag.