Can Moise Kean excel under Ancelotti?

Moise Kean suffered a damning embarrassment in being substituted after coming off the bench against Manchester United. In more than one way, it summed up his Premier League career thus far.

Even before taking flight, the Italian has been chained down by issues. Of course, transitioning into the English climate is no easy feat for a Serie A star. Ask Gonzalo Higuain. Even the experience of scoring a hundred goals in Italy couldn’t save his humiliation at Chelsea. Then again, Kean arrived as a future star, not a seasoned veteran.

However, patience is an afterthought these days. No goals in thirteen league outings - colliding with Dominic Calvert-Lewin's bright run, hasn’t helped Kean's hype. However, neither has Everton’s worst start in over two decades. Perhaps Christmas offers a red herring.

Maybe Carlo Ancelotti is the Santa Claus he needs. A manager with decades of experience under his belt, his reason to manage Everton is to script an underdog story for the ages. Kean could be a leading hero in that tale.

Working with a veteran fellow countryman is a bonus. In his celebrated career, Don Carlo’s managed bad boys like Gennaro Gattuso, Zlatan Ibrahimovic as well as grounded players like Frank Lampard and Paulo Maldini. Kean is perhaps a blend of both elements.

There’s a certain entitlement, perhaps incurred from the success at Juventus. But there’s also a willingness to learn. As a kid whose whole life has revolved around the beautiful game, Kean should take the veteran manager’s appointment as inspiration and learn the trade under his guidance.

Ancelotti could light the fire in the 19-year-old. Known for being a kind man-manager allowing players to be themselves, he won’t force the youngster into transforming his style, but to make minute improvements. If allowed to operate in a more natural role- being the conniving poacher- fortunes might change.

The 60-year-old gaffer encourages a more attractive passing style which opts to transition into attack quickly. This allows better production for the furthermost number nine, also allowing them space to cause trouble. Kean is well suited for this style - knowing his knack of moving into unpredictable positions - as he’ll get more opportunities to prove his scoring ability. 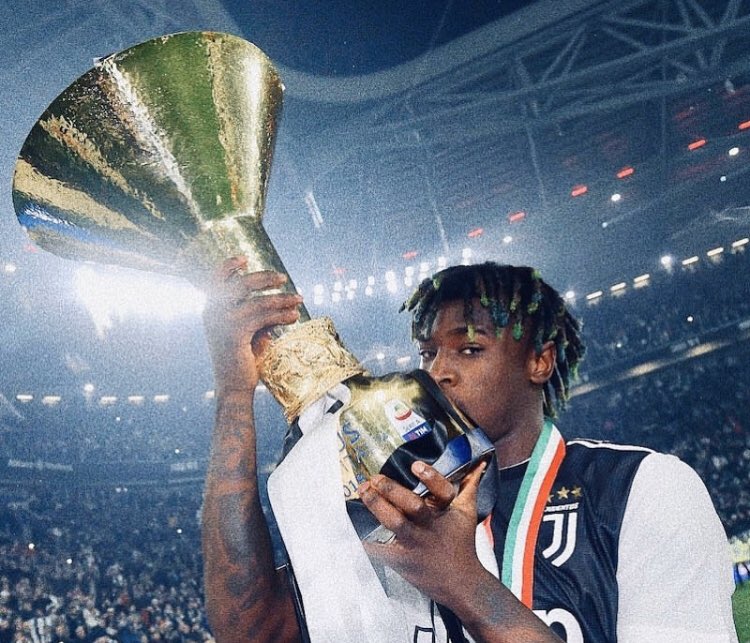 That being said, the teenager must work harder in creating a better bond with his team-mates. So far, there’s little noticeable synchronization between the Toffees’ new signing with the experienced candidates. He must connect better with Richarlison, Alex Iwobi and Bernard in order to expect better delivery.

Even Calvert-Lewin-  a direct rival in his position - could teach him valuable lessons in dealing with the league’s intensity and evading stringent defenders.  For now, however, the young forward must accept taking the backseat in the battle for the number nine role.

By repeating what made him famous in Turin, Kean must perform better coming from the bench. Unlike Duncan Ferguson, whose spirited approach didn’t liken with the Italian, the new manager will persist him onwards to score goals regardless of the scenario. He has enough firepower to wear down tired defences.

Out from his six goals at Juve last season, the teenager scored twice coming off the bench, including a memorable winner against AC Milan. Well, he must increase those numbers to redeem himself upon Merseyside. With rumours linking Zlatan Ibrahimovic to join Everton in January, any such move will only make it a steeper hill to climb.

But Moise Kean’s a fighter. He battled for his role at Juventus and when marginalised by racism issues in Italy, he fought to gain a high-profile move. It’s now time for him to rise against the odds once again to prove himself a prolific goal-scorer. Ancelotti’s helped many struggling players salvage their careers. The young Italian hopes the same magic works for him.