Robert Evans was a legendary Hollywood producer for Paramount Studios. His fingerprints can be lifted from dozens of Hollywood’s best films, including Rosemary’s Baby, Love Story, The Godfather and Chinatown. In his autobiography, The Kid Stays in the Picture, he coined a famous phrase about the way various individuals inevitably view the same circumstances differently.

There are three sides to every story, your side, my side and the truth. And nobody’s lying. Memories shared serve each differently.

For Manchester United in the 2018/19 season, there is Jose Mourinho’s side of the story, Ole Gunnar Solskjaer’s and the truth with neither manager lying. Well, maybe just a little.

United fans witnessed a forgettable campaign but, regardless of whether they support the Portuguese or the Norwegian, each interprets their shared memories differently.

One thing most will agree upon is that, despite the match with Cardiff City still to be played this Sunday, the season is over. Failure to beat the second-worst side in Premier League history, Huddersfield Town, eliminated the Red Devils from next season’s Champions League and consigned them to Europa League purgatory. Considering there is nothing left to play for, now is as good a time as any to try to find the truth about the club’s 27th Premier League session.

In his time, Mourinho often questioned various players’ dedication to the cause. He expected attacking players to track back into their own half to help win the ball. When they didn’t, he benched and embarrassed them in public.

Under Solskjaer, the players were given more freedom to take up and hold more advanced roles. Early on, the change worked to great effect. The Red Devils surged up the table despite struggling to keep clean sheets. Following the stunning comeback against Paris Saint-Germain, however, Wolves and other squads began to exploit United’s defensive weaknesses. They couldn’t hold the ground they recovered in the Norwegian’s first 17 games and are now the first top-six team eliminated from Champions League contention.

Consequently, Mourinho loyalists are pointing out on Twitter that their man was #rightabouteverything. Was he? 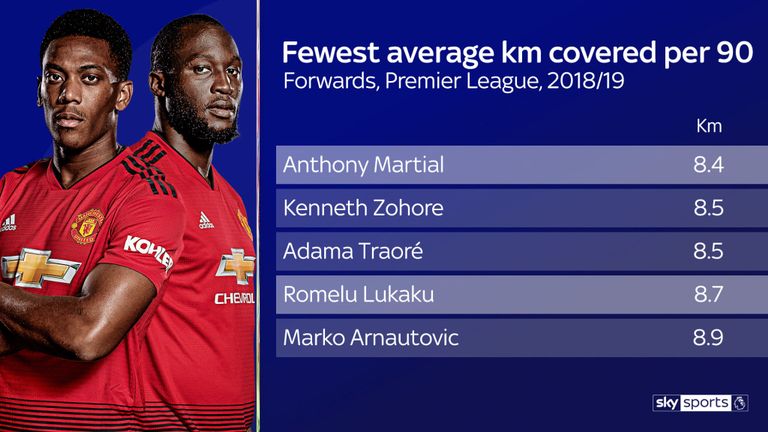 Most fans work for a living. They can’t slack off on the job and don’t much like it when colleagues do. That attitude naturally extends to players in their club. They want to see their lads giving their all for the shirt.

In February, Vijievan Jeevathayalan ranked the top ten distance runners in the Premier League for 90 Minutes. Chelsea [Marcos Alonso, Jorginho, N’Golo Kante] and Crystal Palace [Andros Townshend, James McArthur, Luka Milivojevic] each occupied three places in the listing. It’s fair to say Palace and the Blues are at opposite ends of the spectrum when it comes to results. Their comparative success suggests graft is just one element among many that can influence results.

Liverpool and Manchester City define success in the English top flight this season. The Reds and Sky Blues fly miles above the rest in the table. Yet only Bernardo Silva makes the top ten in distance covered from Jurgen Klopp and Pep Guardiola’s squads. Could it be because both teams allow the ball to do most of the work and position their defenders further up the pitch both with and without it? Does efficiency count for more than just plain hard work?

Three years ago, Opta tweeted that two-thirds of Premier League victories in the 2015/16 campaign were won by the team who covered more distance. One doesn’t imagine the figure shifted significantly in the interim and it means that teams lose one game in three despite outrunning their opponent.

By comparison, the Telegraph’s Jonathon Liew analysed ball possession’s value following the recent match at Anfield between Liverpool and Chelsea. He found that teams who hold the ball win only 55% of games this season, with 60% the benchmark in recent campaigns.

Hustling won one more game in each nine in 2018/19 than controlling the ball but given that City and Liverpool boss possession like no other English side, the more telling conclusion is that the less you move the ball the more you must run to win games. Mourinho advocated running over possession and chased Liverpool and City. Solskjaer hasn’t drifted from his predecessor’s counterattacking philosophy and finds himself chasing games. Compare Andrew Robertson and Trent Alexander-Arnold's 11 Premier League assists apiece as fullbacks for Liverpool to Ashley Young's two and Luke Shaw's four. In his first transfer window, maybe Ole should be abandoning Mourinho's industry to build a refined, possession-based squad filled with players who pass the ball more than they run at opponents. 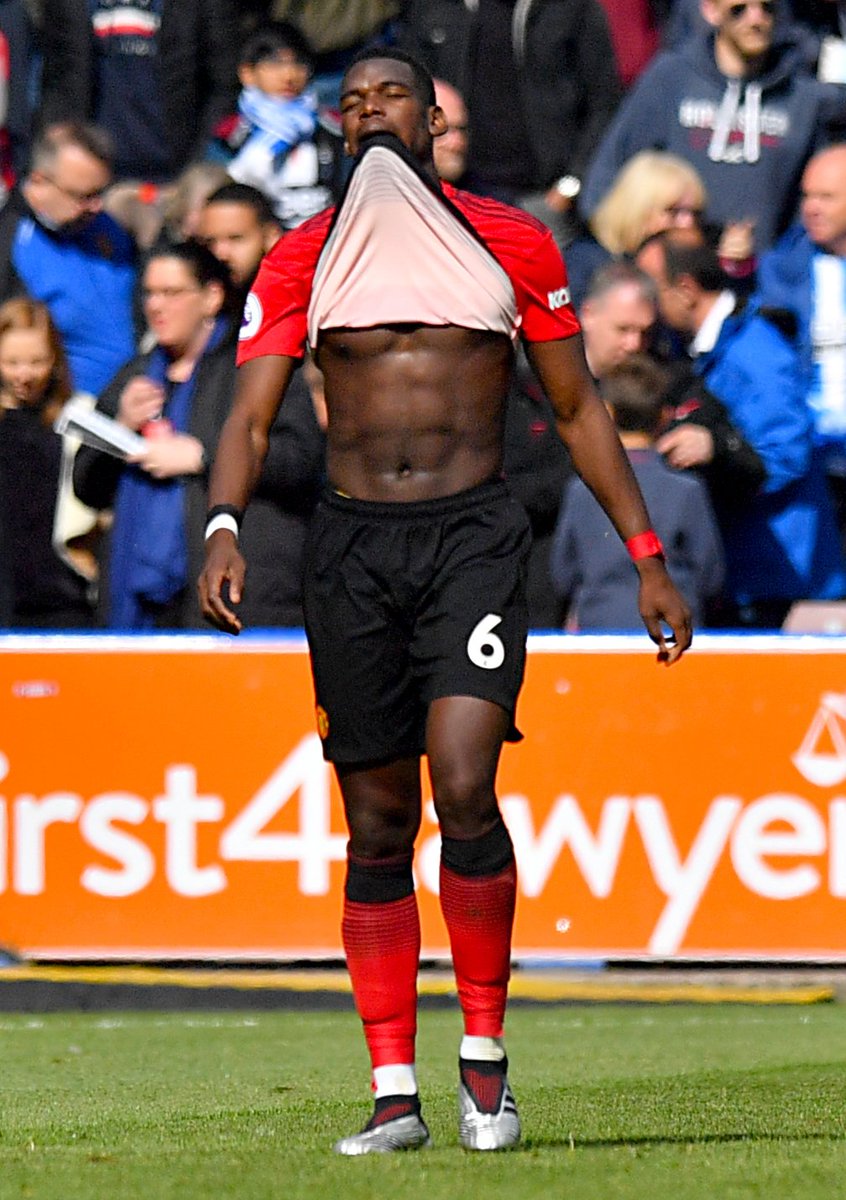 Squawka Football
Squawka
Follow
Paul Pogba lost possession 22 times against Huddersfield, more than any other player on the pitch.

As noted, Mourinho rode his troops hard. He feuded with Anthony Martial and Paul Pogba, bullied Luke Shaw and abandoned players like Fred for whom no longer had any use. In the end, a toxic atmosphere developed to rival the one that led to his ouster from Chelsea in December 2015. That his United sacking came three years and a day later was predictable for many.

Famously, the Portuguese listed his second-place finish with United in 2017/18 among his greatest achievements. It was a masterful insult directed towards both the squad who failed him and Ed Woodward, who failed to back him. Despite his derision for the roster he in large part built, Mourinho's United were much better than the Chelsea squad who let him down.

Mourinho disciples like to point out that the Red Devils were in sixth when the Special One departed and remain there under Solskjaer. That conveniently ignores the fact United were eight points below Arsenal and just a point above Wolves, two beyond Everton, West Ham and Watford. In 11th, Bournemouth could have drawn level with a win and another United defeat under Jose. Instead, Solskjaer breathed life into the team. They now trail the Gunners by a point and put the chasing pack well in the rearview. Wolves are now nine points adrift, Everton 13.

That said both those clubs bullied United in recent matches. The squad's early enthusiasm under Solskjaer withered. To some, it appears they are going through the motions again. Is that a result of attitude or simply a lack of talent?

Paul Pogba is the most visible player in the squad and takes the most abuse. The statistic showing he lost possession 22 times against Huddersfield is the type of data his detractors love to circulate. The truth is that players who push the envelope in attack lose possession more often than those who exercise caution by playing the ball back to defenders. The Frenchman also found the woodwork twice in the match, coming that close to adding to his seventeen Premier League goals. He also ranks third in the division with the most through-balls per 90. That stat offers a clue why he made the PFA Player of the Year shortlist and Solskjaer once said he'd build a United team around the 26-year-old. 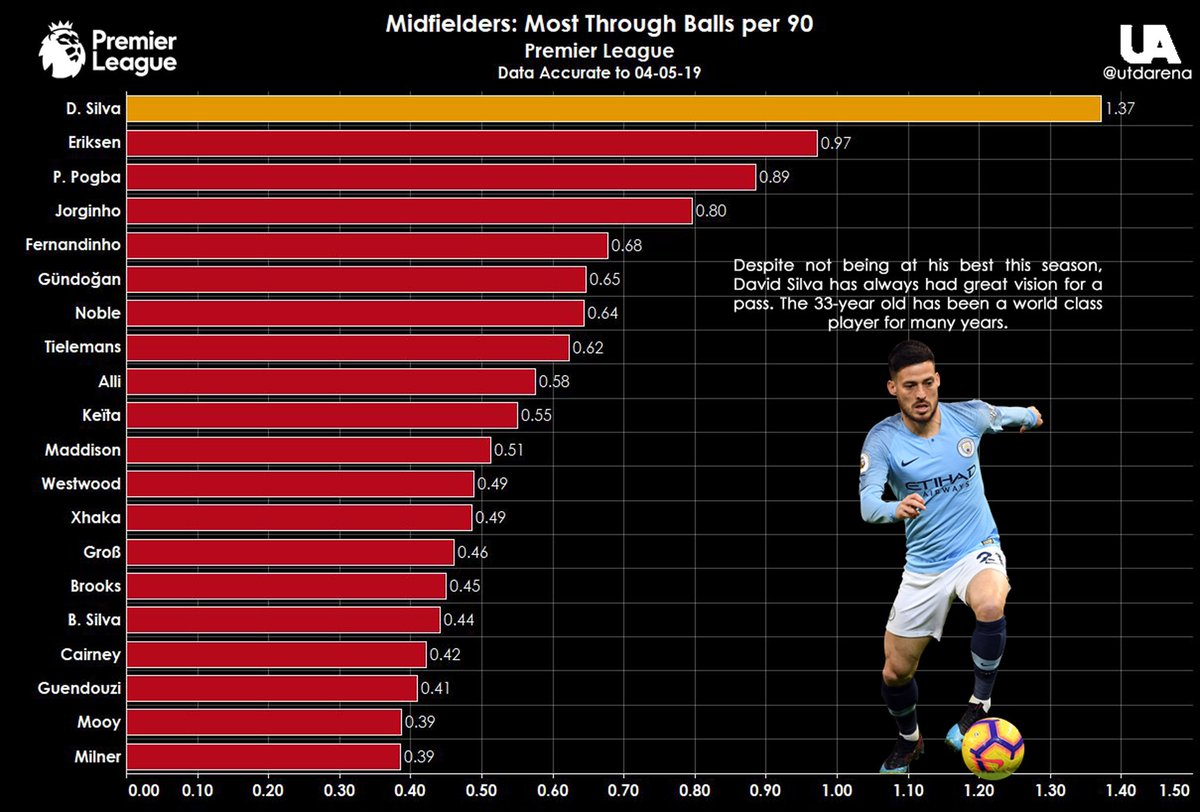 UtdArena.
utdarena
Follow
Paul Pogba is 3rd in the Premier League for midfielders. Just imagine if he had more runners this season.

The Norwegian now has the opportunity to do so this summer. Ed Woodward said the team will invest heavily in the market. The manager promised to clear the way for new arrivals. Players with the wrong attitude will not be kept. The boss can only be judged properly on the choices he makes in that department and the results they deliver.

The verdict for this campaign should not condemn him prematurely. The season began and ended in despondency but the Norwegian brought a measure of euphoria between that briefly recalled bygone days. The truth regarding the current squad lies somewhere between the darkness and the light. Give the man a chance to prove he can lead the squad towards the latter.