Does it seem contradictory to say Jose Mourinho's the wrong manager for Manchester United but it’s not his fault? If you believe he was never the right man for the job, it doesn’t.

I know what his supporters will say; I’ve watched his press conferences, too. Three's the number he threw in our faces. As in how many Premier League titles he’s won, followed by the fact Manuel Pellegrini and Pep Guardiola claim one apiece, thus Jose laps the entire field. No beef, there. He’s also won two Champions Leagues, La Liga, Serie A and a boatload of domestic cups. With United, he won a Europa League and EFL Cup. With his job allegedly on the line, his side produced three goals in the final 20 minutes to defeat still winless Newcastle, yesterday, thanks in part to his substitutions and tactical adjustments. If he’s accomplished so much and partially at Old Trafford, why is he the wrong man for the job?

The answer lies in the particular manager Mourinho is and the clubs with which he succeeds. At every stop, including Porto but not United, he inherited a talented roster requiring little more than leadership. At every successive destination except Inter [where it was unnecessary], he brought players with him to address the needs his leadership couldn’t.

Ricardo Carvalho, for instance, was one who followed him from Porto to Chelsea. The defender later joined him at Real Madrid, as did Michael Essien. When he returned to Stamford Bridge, the Portuguese brought Nemanja Matic back into the squad after his sale to Benfica. The Serb then came when called to United.

Again, at each destination save United, only a hole or two needed patching to make a title run. When Mourinho arrived in Manchester, the roster resembled swiss cheese. Forget whether he could be an Iron Chef, though. If United were an F1 team, Jose would be the driver, not the chief mechanic. He's a taskmaster, not a builder. Now forget about putting him behind the wheel for Ferrari or McLaren. If the Special One was Jesus Christ, he couldn’t summon enough loyal disciples to pull off the miracle the Red Devils needed to win a title immediately.

He tried. Before signing Matic, Jose reached out to his former Inter striker, Zlatan Ibrahimovic. Eager to begin his first rebuilding process, he also made three signings. Eric Bailly, Henrikh Mkhitaryan and Paul Pogba arrived. One from the quartet, Pogba, is embedded in the starting XI but Mourinho feuded openly with him. Romelu Lukaku, Victor Lindelof, Alexis Sanchez and Fred followed. Again, a solitary figure from the four is a regular starter. A 25% success rate in the transfer market doesn’t augur well for any manager. The evidence is clear. In addition to Hiroyuki Sakai, Lewis Hamilton and the Nazarene, Mourinho’s not Bob the Builder.

Coming in, he understood United’s commitment to its academy players. He offered Jesse Lingard the opportunity to prove himself. The youngster took it. Jose also gave Marcus Rashford more opportunities than anyone expected. He supported Scott McTominay until saying the young Lancastrian was "scared on the pitch" during his Newcastle post-match interview. He took a dig at Rashford, too. The problem is Jose's patience. 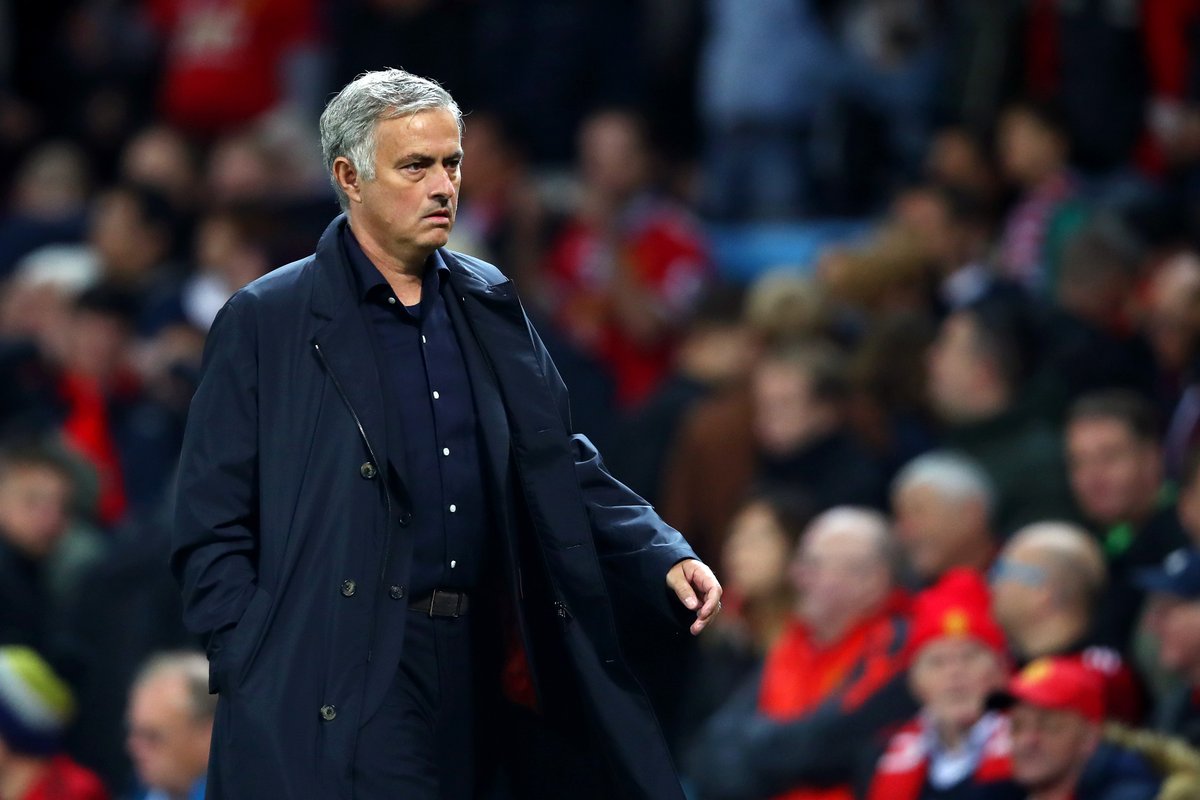 Football Tweet
Football__Tweet
Follow
🗣 "Marcus Rashford was sad on the pitch, Scott McTominay was scared on the pitch.“

Young stars and veterans alike, when players struggle, Mourinho throws them to the lions. Few players possess Luke Shaw’s threshold for abuse. In his two-plus seasons at Old Trafford, Mou’s benched and/or publicly berated Mkhitaryan, Shaw, Anthony Martial, Pogba, Alexis Sanchez, Chris Smalling, Phil Jones, Bailly, Lindelof and Marcos Rojo for extended periods. Keep in mind, these are players he wants [or wanted] in his squad. I’m not counting Morgan Schneiderlin, Memphis Depay, Bastian Schweinsteiger, Wayne Rooney, Matteo Darmian and Daley Blind, undesired players he inherited from previous managers. A coach whose goal is to develop a young squad sticks with struggling players to demonstrate his faith in their potential. Without forgiveness, there can be no trust. Without trust, players won’t play for the manager game in, game out; I don't care how some may view the result against Toon.

Anfield legend Jamie Carragher supports Mourinho on one condition: we accept Mourinho was hired to win now. He’s right. Given a squad suited to his temperament, Mourinho will win now. Carragher's also right to say Ed Woodward and the Glazers must back the manager by supplying the talent he requests.

On the other hand, when Mourinho requests premium talent then burns through 75% of his signings quicker than Maurizio Sarri starting a California wildfire, you can understand the board’s reluctance. What you can’t understand is why they rationalise their refusal to sign a centre-half on the notion available defenders are no better than those already in-house. In this case, Old Trafford legend and Carra’s studio cohort Gary Neville's correct.

Who is qualified in that football club to be able to tell Jose Mourinho that [Toby] Alderweireld or [Harry] Maguire or [Jerome] Boateng are not better than the centre-backs that they’ve got? Who is qualified at that football club? There are only two people who I can think of and they won’t have been consulted, in fact we know they weren’t: Sir Bobby Charlton and Sir Alex Ferguson.

If you don’t rate your manager, do two things. First, be honest about it. Second, sack him. Ed Woodward did neither or, £12 million severance package in mind, the Glazers didn’t permit him. Mourinho’s severance package further illustrates where the blame lies. If the board agrees such a clause with their manager with no intent to ever pay it, they're fully committed. They must back him. Upon failing to, supporters can only conclude Ed and the Glazers have no concern for the club as anything but a commercial entity.

Jose's personality suits a grizzled mercenary unit. Put a cigar between his teeth, he's Arnold Schwarzenegger on a football pitch. Just don't give him a young squad because he's no Kindergarten Cop. That's the part the board wants him to play, however. Under those circumstances, he's the wrong manager for Manchester United but it's not his fault. 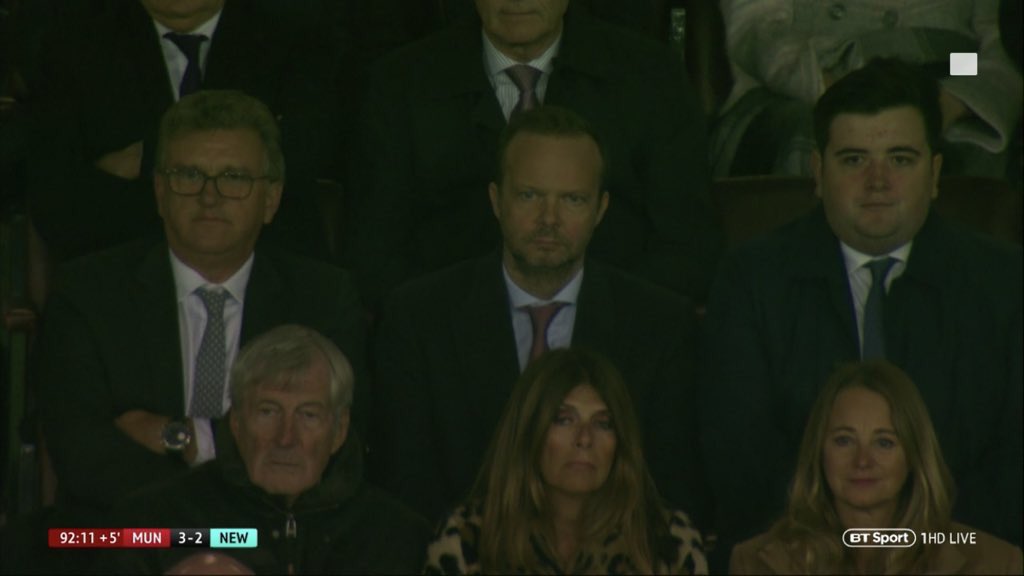