Is there anything more byzantine than Euro2020 qualifying? It should be simple. Seed the teams. Hold a draw. Let the teams compete to decide the best 24.

Now politics has put in its two cents. Suddenly, it’s unfair that the best teams advance. The minnows should be allowed to experience an elite competition.  Now there are two avenues to reach the finals, group qualifying and the Nations League playoffs. Group qualifying is sufficiently straightforward. Ten groups decide 20 places. It’s sorting the Nation’s League playoffs that requires headache pills.

If you remember, the Nations League divided into four Leagues, A-D, seeded according to each nation’s UEFA coefficient. The four leagues were each divided into four groups. In the end, there were 16 group winners. I'll pause while you rub your temples.

League A, the top tier, held a playoff featuring its four group winners in Portugal in June to crown a Nations League champion. Portugal won the inaugural trophy but in terms of Euro2020 qualification, those matches meant nothing. In theory, the four must do it all over again, along with the four group winners from each of the other three tiers, in March 2020. The four playoff winners earn places in the Euro2020 final tournament.

As a theory, that isn’t too difficult to wrap your mind around. The complications emerge when some or rather most of the group winners have already qualified among the 20 from the ongoing qualifiers. For instance, three of the four League A nations, England, the Netherlands and winners Portugal all are poised to qualify among the first 20. 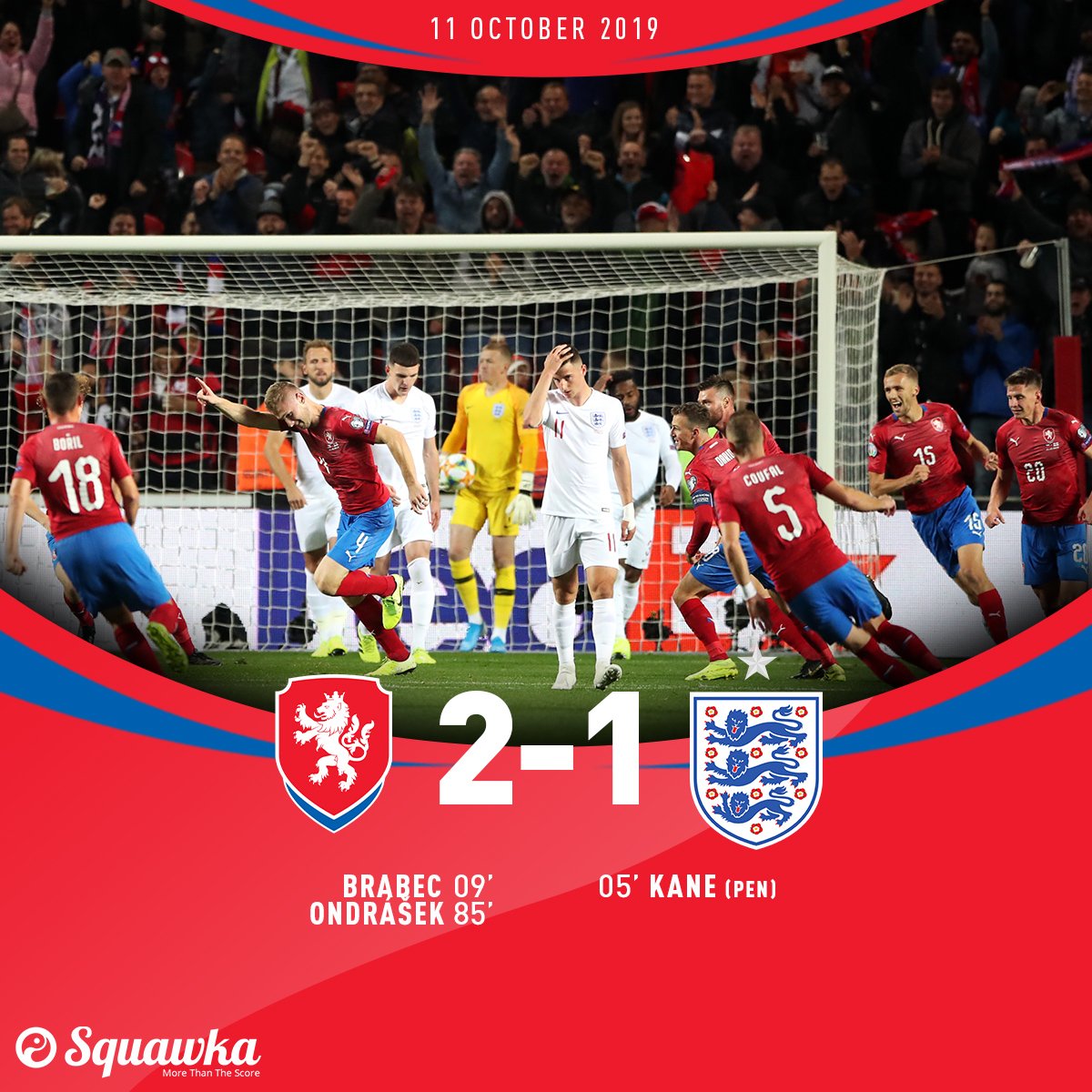 Squawka Football
Squawka
Follow
England have lost a UEFA Euro qualifying match for the first time since November 2007 in a 3-2 loss against Croatia.

In that event, the highest-ranked runners-up within the corresponding leagues replace the group winners. If the qualifying process ended today, UEFA is certain that Iceland would take one of the vacated League A spots to vie with Switzerland and two other nations for a spot in Euro 2020. Beyond that, the scenario is so complicated that Bulgaria [last in Euro2020 Qualifying Group A], Hungary [3rd in Group E], Romania [3rd in Group F] and Israel [5th in Group G] pick straws to see which participates in the League C playoff, following which the remaining three draw lots for a place in the Group B playoff, before the two unluckiest are stuck in the League A playoff bracket.

Here's a glass of water. Take four aspirin. Chew on a piece of bread first if you haven't eaten.

In a perfect world, you wouldn’t care about this labyrinthine process to determine which minnows earn participation ribbons for the final tournament. The best teams would all advance among the top 20 nations in qualifying.

Of course, that never happens. The Netherlands and Italy, each topping their respective qualifying groups, failed to reach the 2018 World Cup in Russia. Among the 14 European nations who did, Serbia, Switzerland and Iceland all sit outside the qualifying spots. Add Euro 16 participants Wales, Northern Ireland, Hungary, Albania and Romania to that list and, if nothing changes, eight new nations will qualify for the 2020 tournament before the Nations League playoffs occur in March. With that much rotation, why is the Nations League route necessary at all?

Affording minnows an opportunity they wouldn’t normally receive is a fringe benefit of the Nations League rather than its primary purpose. On the whole, the playoffs amount to a second chance for established countries. Switzerland, Iceland, Bosnia, Wales and Serbia are all among the participants in the current playoff scenario.  Even Northern Ireland earned their first appearance in the expanded 2016 competition through traditional qualifying.  Among the other hopefuls, Hungary, Bulgaria, Romania and Scotland are all former competitors who’ve fallen on hard times rather than small nations frozen out of the process due to lack of financial and human resources.

Among the nations the process was meant to help, only Kosovo stands out as worthy. The burgeoning state is holding its own in Group A qualifying and may yet catch either England or the Czech Republic. UEFA should hand them an invitation to the finals whether they qualify or not.

Give UEFA this much. It has created interest that previously didn’t exist by adding more meaningful matches to the international calendar. There’s drama and, given the complications involved in creating a second avenue to the finals, as much suspense as anyone could ask. It’s a revenue stream for UEFA, participating federations and bookmakers as well as a political feather in President Aleksander Ceferin’s cap. I'm just saying there had to be a simpler way.