Will the Netherlands continue to falter post-Wesley Sneijder?

Like most other national teams, the Netherlands has had its fair share of good and bad. The bad times, though, have refused to go away in recent times. With the retirement of Wesley Sneijder, a long-standing bright light for the Dutch, will the next generation help resuscitate one of the world's most prestigious footballing nations? Or is there no end in sight to the Oranje's struggles?

Sneijder played a vital role in the Netherlands reaching the 2010 World Cup final. The former Real Madrid midfielder was his country's star performer. It was the year in which he won the treble with Inter Milan. But like all too often, the Flying Dutchman fell at the final hurdle.

It wasn't Sneijder's fault. He was in the form of his life. In fact, many still consider it unfair that the Ballon d'Or voting only placed him fourth.

Sneijder performed on the international stage for the last time eight days ago. The Netherlands' 2-1 victory over Peru meant he finished on a high. Victory in front of his home supporters was a nice way to bid farewell. The 35-year-old had been involved in the national setup for over 15 years.

With the Oranje failing to qualify for a major tournament since 2014, Sneijder could not retire under the best conditions. The big question now is, how will the team carry on after his exit? 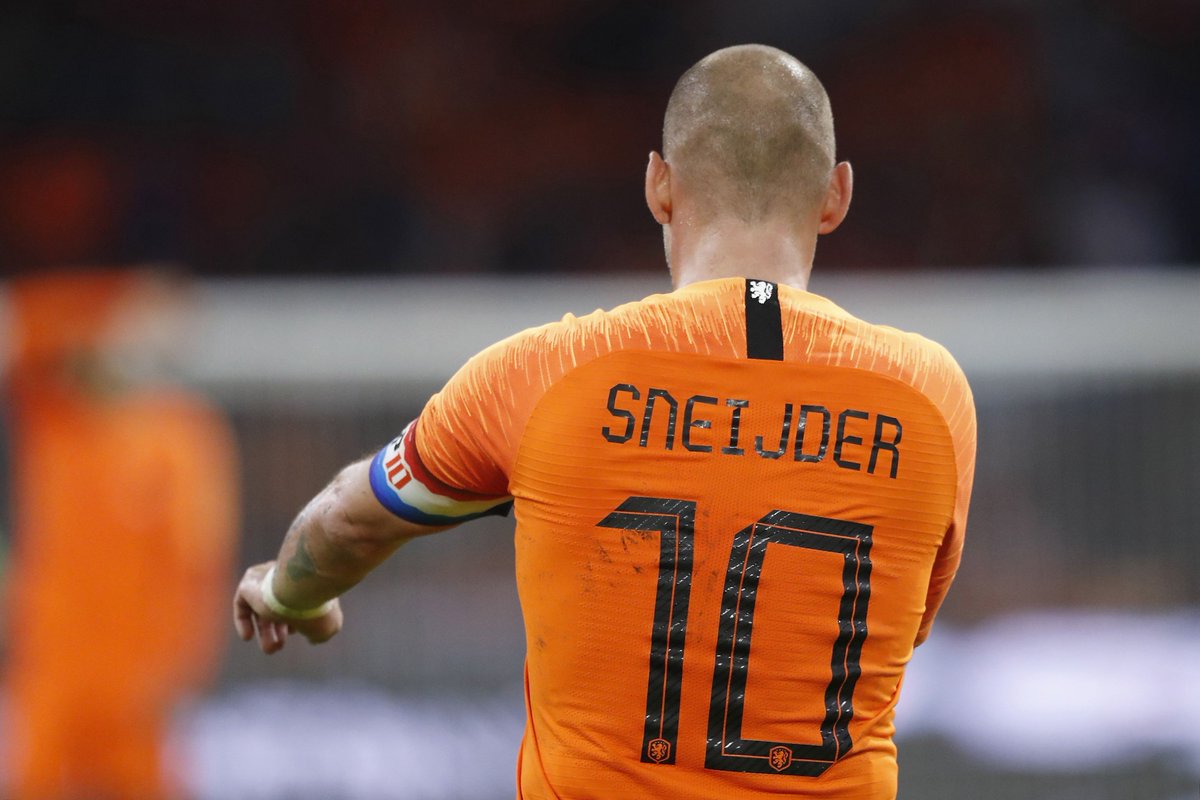 Squawka News
SquawkaNews
Follow
Wesley Sneijder has played his 134th and final game for the Netherlands; finishing his career as the nation's most capped player of all time.

During the Netherlands' darkness, there has been some hope. Players who have burst onto the scene after doing great things at club level. Memphis Depay didn't impress enough to be retained at Manchester United, but he is redeeming himself in France. The 24-year-old scored 19 goals last season, while also setting up 13, in 36 league games to help Lyon secure Champions League football. His recent double against Peru proved he can be a real asset for country.

Virgil van Dijk and Georginio Wijnaldum are both part of an outstanding Liverpool side which finished as European runners-up in May. The latter is a midfield regular for the Reds. His role has not even been diminished by Fabinho and Naby Keita's much-anticipated arrivals.

Van Dijk can boast being the most expensive centre-back in history. His quality is in no doubt. The 27-year-old's solid performance has fixed Liverpool's infamous defensive problems. He now captains the Oranje.

Jasper Cillessen joined Barcelona two seasons ago due to output for Ajax. Despite remaining a backup to Marc-Andre ter Stegen, he is progressing as the Dutch number one.

Are those talents enough to bring back the Netherlands' glory days?

In Koeman's first competitive game at the helm, his team lost 2-1 to France in the UEFA Nations League. Delivering a spirited display, defeat away at the world champions is not so bad. However, featuring in the same group as Les Bleus and Germany means the Dutch are in for a tough competition. Joachim Low's men have backs against the wall after failing spectacularly in Russia. They are in no mood to surrender against fierce rivals next month.

Although the Oranje will likely struggle in the Nations League, there is hope of better days ahead. Two wins, two draws and one loss in the last five matches is a somewhat promising sign. Performances have been encouraging.

After the defeat to France, Koeman captured this sentiment in the post-match interview:

We worked hard and played well. We showed that if we really try to play football, then we can play. I think we are on the right track, but we also have to improve some things. Teams such as France will punish our mistakes mercilessly.

It is Koeman's responsibility to take the Dutch at least a step closer to past success. Like his side, he is also on a rebuilding mission after a below-par spell at Everton. Success with the Netherlands is not negotiable for the 55-year-old. Sometimes that's all required to bring out the best in both manager and team.