Netherlands and Germany: 2 countries passing in the night

If you were looking for a blockbuster tie worth your time during this international break, today's clash between the Netherlands and Germany is your dream date. As the four-time World Cup winners fall down the FIFA World Rankings, the perennial bridesmaids climb. Ronald Koeman's Dutch side toyed with Joachim Low's Germans in the Nations League, driving the embattled die Mannschaft boss to personally deliver pink slips to Bayern Munich stars Jerome Boateng, Mats Hummels and Thomas Muller. Will Koeman do it again or can a fresh-faced Germany squad exact a measure of revenge?

The past year has not been kind to Jogi Low's 2014 World Cup winners. Die Mannschaft lost seven of their last 14 games in all competitions and won just four. Several defeats were damaging. The losses to Mexico and South Korea ousted Low's squad from Russia 18 at the group stage. The only other World Cup in which they failed to make the knockout rounds was Argentina 78, when they failed at the second group stage. In 1938, Germany was eliminated on penalties by Switzerland in their only game in the 16-nation, single elimination tournament. In every other edition save 1934 and 1950, in which they did not participate, Germany at least made the quarterfinals.

The matches against the Taeguk Warriors and El Tri in Russia exposed Germany's weaknesses. They were outplayed, outpaced and completely outgunned in both games. Low relied upon 2014's success rather than building on it. You cannot rest on your laurels in international football.

The intervening months didn't produce a noticeable about-face. While teams like England thrived in the Nations League, Germany continued their downward spiral.

The failure to win a single game in the tournament brought the words Germany and relegation together, as unnatural as it seems. Factor in Mesut Ozil's messy divorce from the national team in which the race card was played and ignored and Low finds himself under increasing pressure. In response, he abandoned the stars from the 2014 squad save for one. 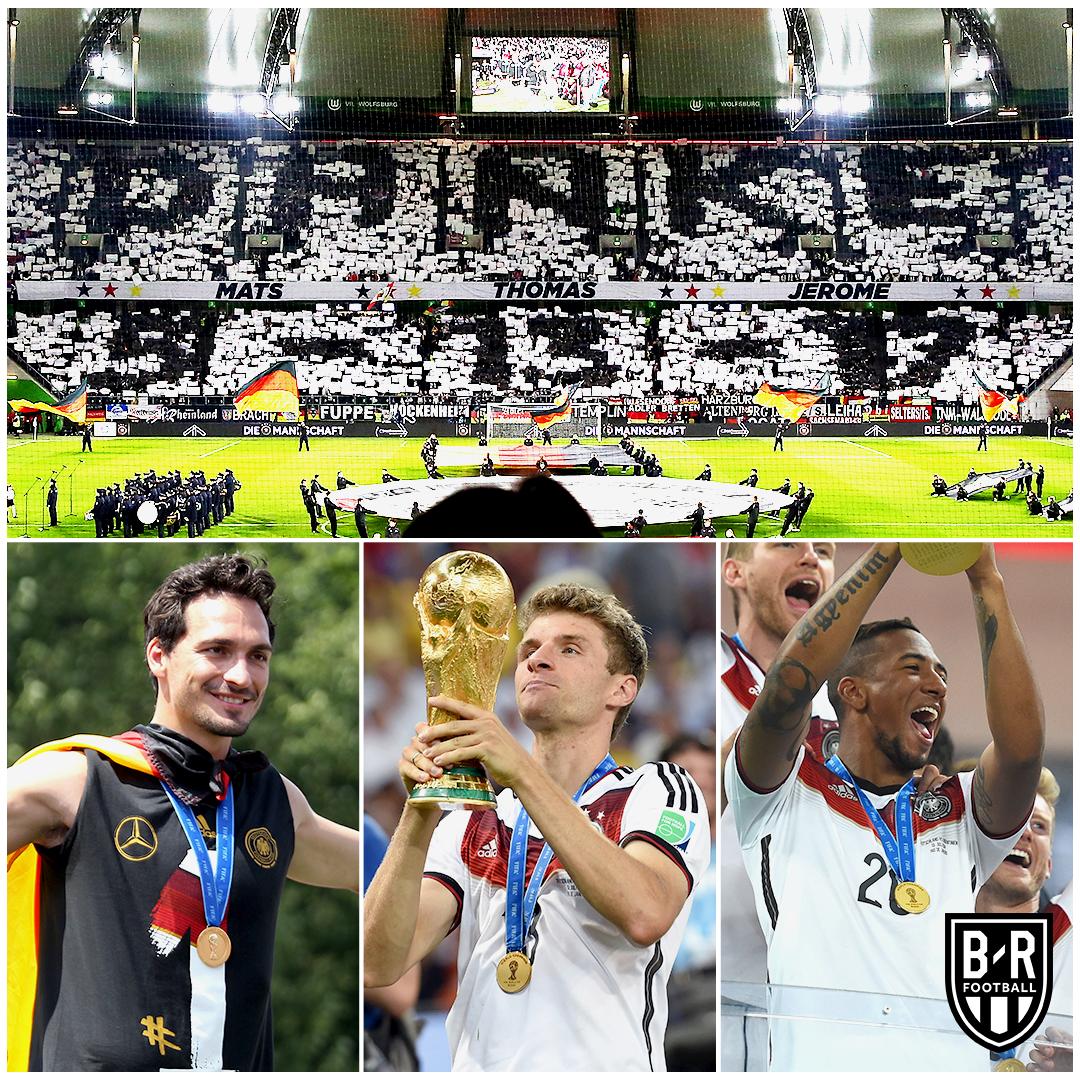 The national manager travelled to Munich to inform Boateng, Hummels and Muller their country no longer required their services. If he encountered captain and goalkeeper Manuel Neuer, however, it would have been to assure him his place was safe. Beyond the veteran keeper, Low hopes the next generation of German stars can carry the country forward.

The early signs are not favourable. A 1-1 draw with Serbia was a tale of two halves. In the first 45 minutes, they lacked an identity or any sort of attack. Low’s tactics remain questionable as does Timo Werner's suitability as die Mannschaft's number nine. The Germany boss did not appear to adapt his style or system to the players he selected. Only when more experienced stars Marco Reus and Leon Goretzka entered in the second 45 did Germany show any dynamism. Marc-Andre Ter Stegen's insertion in goal for Neuer improved Germany's distribution as well. Overall, the result increased the pressure on Low rather than alleviating it. Something better must come from today's contest.

While Low is under duress, Ronald Koeman is restoring his reputation as an astute technician. He took a hit during his time at Everton. Oranje's improvement on his watch renders that a blip on his radar. Koeman took charge at the Netherland's lowest ebb since failing to qualify for the 1982 and '86 World Cups and the 1984 Euros. After reaching 13 from a possible 14 tournaments between 1988 and 2014 [they missed the 2002 World Cup], the Dutch failed to qualify for Euro 16 and the World Cup in Russia.

Their slide down the international rankings was steep during Danny Blind's tenure. An overhaul was necessary. Koeman proved to be the man for the job.

The former Southampton and Everton boss made the most of his first 10 games in charge. The Dutch suffered defeat only twice, to England and world champions France, in each case by a single goal. Their performance against Les Bleus in September earned rave reviews. Likewise, their 2-0 victory over Didier Deschamps side in November that propelled them to June's Nations League semifinals.

Nearly every performance the Netherlands put in under Koeman produces positive vibes. October's 3-0 German dismantling was a clear sign of their direction [and die Mannschaft's].

Where there was chaos and disorganisation in the past, tactical structure and style now reside.  There has not been a Total Football renaissance nor a generational revolution. Koeman is too pragmatic for either. Importantly, he shows faith in the youthful talent at his disposal, playing to their strengths.

Of the elder quartet, only Blind failed to score in Thursday's 4-0 win against Belarus to open the Netherland's Euro 2020 qualifying campaign. Depay claimed a brace, the second from the spot.

That balance, along with its lack in Low's squad, makes a Germany victory appear unlikely. Die Mannschaft possess the quality to win but remain at sixes and sevens. Expect them to chase the Dutch throughout the qualifying process.