The Netherlands is back. This was confirmed on Monday night in Gelsenkirchen when Virgil van Dijk connected with Tonny Vilehna’s cross to send the Oranje into the Nations League semi-finals, ahead of both France and Germany.

When a beleaguered Netherlands side were drawn in the same group as these two powerhouses last January, this outcome seemed next to impossible. However, Dutch football has since reinvented itself.

There can be no doubt that the appointment of Ronald Koeman has been integral to the recent upturn in fortunes. The former Southampton and Everton manager has resuscitated a mediocre squad and transformed the Oranje into an assured, exciting team, one which can now compete with the world's best again.

It all started in February when Koeman’s inception as manager was accompanied by a change of scenery. KNVB relocated their training base from Noordwijk back to Zeist; the spiritual home of Dutch football. In doing this, the governing body hoped to reconnect with its deep-rooted philosophies that served the Netherlands so well in the past. This timely cultural shift has paid dividends. Zeist’s state-of-the-art facilities are a suitable match for the country's evolutionary side.

On the pitch, Koeman has been blessed with the arrival of several young Dutch prospects. He has utilised them effectively. His predecessors - namely Guus Hiddink, Danny Blind and Dick Advocaat – were not so impressive in this sense. They each struggled to successfully integrate new talent with the outgoing golden generation, which included Robin van Persie, Wesley Sneijder and Arjen Robben. The Netherlands relied on those players for what seemed an eternity. So, when they retired in quick succession, the handover to the next talented cohort was always going to prove thorny.

But now, the current stars are holding their own at both club and national level. This new era is spearheaded by van Dijk, the Dutch captain who is quickly establishing himself as one of the finest defenders on the planet. He has formed a promising partnership with young Ajax defender Matthijs de Ligt. The duo recorded clean sheets against Portugal, France and Germany in recent months. 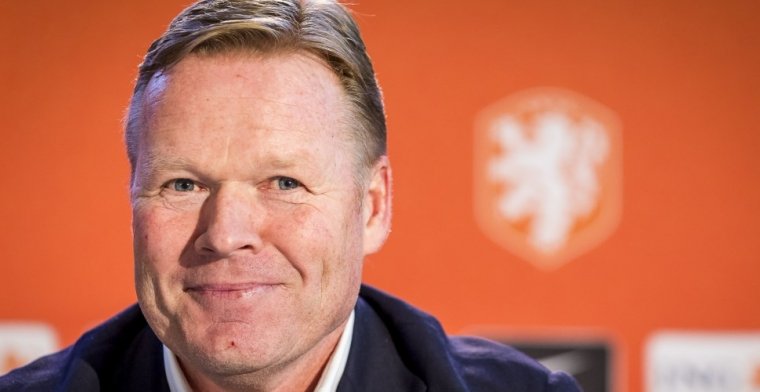 De Ligt is just one exciting prospect to graduate from Ajax’s fabled youth academy in recent times. Another is the widely-lauded Frenkie de Jong. Having made his Netherlands breakthrough under Koeman, the polished midfielder is already showcasing why a host of European giants, including Barcelona, Paris Saint-Germain and Manchester City, are interested in signing him.

De Jong excelled in a largely defensive role against Germany, helping shield the back four and quash several German attacks, including a vital interception to prevent Leroy Sane from tapping home. The 21-year-old, though, is equally as comfortable in attack as defence. He often combines the two by retrieving the ball from deep before launching forward with his trademark direct dribbling.

Netherlands’ attacking unit has benefitted from De Jong’s presence. His industry permits more freedom to midfielders such as Georginio Wijnaldum and Memphis Depay. This experienced duo, with 51 and 44 caps respectively, are in fine form for both club and country. The two exemplify how Koeman has made effective use of the side he inherited, while also supplementing it with fresh faces to facilitate a balanced fusion between old and new. The 55-year-old has made subtle changes to maximum effect, although the prevailing continuity has been vital to the Oranje's turnaround.

The Nations League success is the Netherlands’ first notable sign of progression for some time. However, the real test will come when European Championship qualification begins in March. Koeman played a key role in the famous Dutch team which won the nation's only major international trophy at Euro 1988. It is too early to predict whether he will replicate the managerial success of Rinus Michel. For now, only one thing is certain. His Oranje future is looking bright.

Ben, 21, is currently living in London studying for a Sports Journalism MA. He is a proud Welshman and passionate Swansea City fan. Now most regularly found at a non-league game on a Saturday afternoon.

Leave a comment
Latest International Articles
Will the 2021 Copa America be the 'Tournament of Death'?
By Martin Palazzotto

If the upcoming Euros seem inappropriate or less important with COVID-19 yet to be completely subdued, imagine how South Americans feel about this summer’s Copa America. The…