You can’t blame Manchester United supporters for thinking, “problem solved,” with Raphael Varane officially signed, sealed and delivered to Carrington. The Frenchman unquestionably improves United’s backline. Unfortunately, problems are like doors. When one is closed and locked, others unexpectedly pop open.

Consider for a moment that Ole Gunnar Solskjaer now has seven centre-halves on whom he can call, in fact eight, nine or ten when you factor in Luke Shaw, Nemanja Matic and Scott McTominay. Even if the full cadre was as reliable as Harry Maguire and the new man, the Babyfaced Assassin could never find the playing time to keep everyone happy. Then again, this is why his occupational title is manager. With just over a fortnight before the Red Devils’ Premier League season opener v Leeds, Solskjaer must manage a handful of new tactical and personnel decisions.

Here’s a quick primer addressing the key questions raised by Varane’s addition to the squad.

Will United convert to a back three?

On the one hand, a formational shift offers greater minutes and thus happiness to Victor Lindelof and Eric Bailly, Ole’s secondary options in central defence. On the other, it’s a Pandora’s Box of new issues that can’t possibly be addressed in the short time before the season begins.

The biggest question is whether Aaron Wan-Bissaka’s crossing and decision-making in attack is sufficiently developed after a summer of working behind the scenes for him to operate as a wing-back? We know Luke Shaw can create havoc in this role from his work with England during the belated Euro2020 but AWB was ruled out of the Three Lions squad by Gareth Southgate precisely because his game is too one-dimensional.

A back three could theoretically work with Diogo Dalot installed as the right wing-back, only now you’ve flipped the coin and opted for the right-back who can attack but not defend. The ideal solution would be reached if United made a successful late push to sign Kieran Trippier from Atletico Madrid. Regrettably, all indications are such a move is predicated on the club’s ability to sell Paul Pogba or Jesse Lingard and neither appears in a hurry to leave.

At best, a back three is something Ole might tinker with in EFL Cup matches or against lighter weight Premier League opponents with an eye to the future.

Can the Red Devils keep Victor Lindelof and Eric Bailly?

A back four means more is less when it comes to centre-backs. With space for just two rather than three, anyone without a massively oversized cranium or Real Madrid on their CV won’t see much action. The initial decision is whether Varane will be eased into his new partnership with Maguire or thrown in the fire?

Either way, the United captain’s obsessive work ethic may need to be tempered. He rarely registered an off day until suffering a knock late in the ‘20/21 campaign. Can Solskjaer convince him to delegate cup matches to Lindelof? The Swede will need playing time to accustom himself to working on the left side. He filled in when Maguire was injured and seems the likely deputy this term. 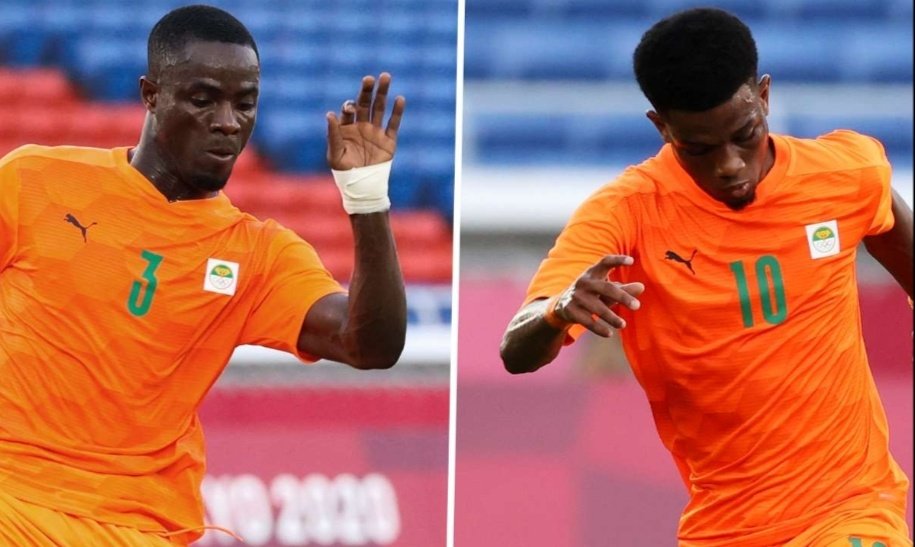 Meanwhile, Bailly must come to grips with the certainty that a starting role for Premier League games isn’t in the offing at Old Trafford. When he signed a contract extension in April, opportunity was reportedly a sticking point. Now, it appears the best he can expect is to partner with Lindelof in the EFL and FA Cups with the possibility of one or two Champions League group stage scraps tossed their way as well. That won’t be a pleasant greeting when he returns to Carrington following the conclusion of his Olympic duties with Cote d’Ivoire, especially after the elation of eliminating Germany from the tournament in their final group game.

If we’re being honest, the writing is on the wall for the duo whose arrivals were hyped nearly as much as Varane's. While neither is strong enough to feature for the Red Devils, both would be first choice at a host of other big clubs across Europe. Barring an unforeseen injury or Varane inexplicably doing an Angel di Maria by bolting after a single campaign, United fans can expect the rumour mill to begin churning out Lindelof and Bailly transfer gossip in time for the holidays.

What about Axel Tuanzebe?

The young Dutchman has the versatility to play any position across the backline and would be a useful squad player for United. Sadly for the club, his ambitions reach higher than that. He has already made clear his desire to move on. Only the harsh economic realities brought on by the COVID pandemic prevent him from finding a new club quickly.

When Sir Alex Ferguson signed Beeker from Blackburn Rovers in 2011, he thought he had landed the next Duncan Edwards. Eight years after Fergie’s retirement, Jones’ status at United has devolved into ‘crazy uncle who lives in the attic’.

Still months away from his 30th birthday, he hasn’t played a competitive match for United since coming down from the gantry in January 2020 to go the full 90 in two matches four days apart, the unexpected 0-2 setback against Burnley and the 6-0 FA Cup romp over Tranmere Rovers in which he actually scored. Then he climbed back to his perch and hasn’t been seen since.

Truth be told, the rubberfaced, injury-prone Preston native isn’t a bad defender until the occasional fit of madness takes him. He might enjoy a late career renaissance if he agreed to take a huge wage cut and run out for a Championship side but that doesn’t look like happening. Apparently, there’s good internet in the Old Trafford attic.

Solskjaer is high on academy youngster Teden Mengi. The 19-year-old spent the second half of ‘20/21 on loan to Derby County, making seven starts including six of the Rams’ final ten matches, only missing the season-ender due to a hamstring issue. At the beginning of the month, it was reported the Mancunian would be heading back to Pride Park to continue his apprenticeship under manager Wayne Rooney but the move hasn’t yet materialised.

Whether Ole is keeping all his options open until United’s transfer business is complete or the club is trying to package Phil Jones into any agreement for Mengi, it isn’t a concern. Suitors are queuing up to Longsight for the teenager’s services.