After a 5-1 victory over Europa League semifinalists Eintracht Frankfurt on the 2018/19 season's final day, Bayern Munich are Bundesliga champions for the seventh year running. The score reflected the Rekordmeister's traditional dominance. That it was so late in coming did not. The club hired Niko Kovac with a rebuild in mind. A strenuous debut campaign didn't validate the decision. Bayern's brain trust of club legends Uli Hoeness, Karl-Heinz Rummenigge and sporting director Hasan Salahamidzic might be reconsidering their commitment to the coach who dispatched his previous squad ruthlessly to make a final case for his Bavarian future.

The scoreline in the final match tells you what you need to know about Bayern under the Croatian. Young stars Kingsley Coman, David Alaba and Renato Sanches scored Bayern's first three but retiring wingers Franck Ribery and Arjen Robben were still required to put the match to bed after Sebastien Haller found an early second-half goal for Die Adler. Most importantly, James Rodriguez was nowhere to be seen. To be fair to the Colombian, he has a recurring calf injury. Regardless his absence helped the match underscore the season as a whole.

Originally, the club hired Kovac to match Borussia Dortmund's youth drive with one of their own. Kovac couldn't find time for the youngsters without upsetting the veterans in the squad, however. The conflict and incoherence allowed BVB to jump out to a sizeable lead in the season's first half. It didn't help Kovac's cause that the new man in charge of the youngsters at the Westfalenstadion was the vastly experienced 61-year-old, Lucien Favre.

In the new year, Bayern regrouped while Dortmund slumped. Few believe that Kovac came into his own while Favre's influence diminished. Rather, Die Roten's experience came to the fore. Robben and Ribery announced their retirements early, sending a message to the rest of the squad that they were in the last chance saloon.

Hoeness, Rummenigge and Salahamidzic must now ponder whether Kovac can gain control of the dressing room once the French and Dutchmen are gone. Manuel Neuer, Thomas Muller, Jerome Boateng, Mats Hummels and the especially outspoken and self-interested Robert Lewandowski all remain. The quintet's combined age is 152. Only Muller is yet to turn 30. He will in September.

With all those veterans on the books and James' future with the club undecided [Bayern remain mum over whether the club intends to trigger the option to make his expiring two-year loan from Real Madrid permanent] how can the likes of Alaba, Coman, Serge Gnabry, Thiago Alcantara and Joshua Kimmich usher in the new generation? 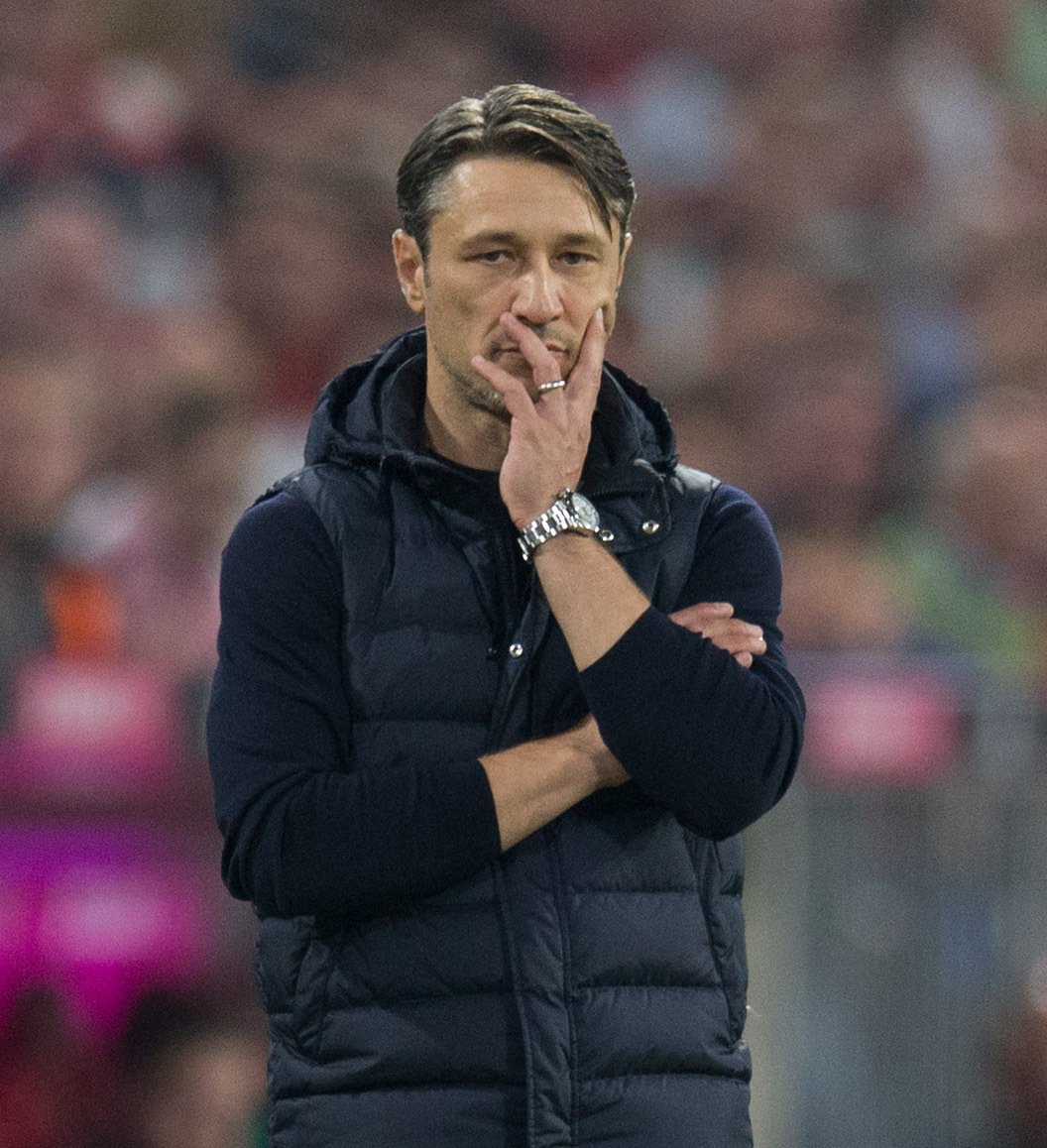 Footy Accumulators
FootyAccums
Follow
Strong rumours coming out of Germany that Bayern Munich manager Niko Kovac will be sacked regardless if he wins the domestic double or not!

Again, Kovac isn't helped by the hierarchy's emphasis on the Champions League. It's unlikely that a house-cleaning will be authorised at the Allianz Arena even though that might be the best option for the current manager in the long run. Kovac offered a strong statement regarding his tactical nous in the Champions League Round of 16 first leg away to Liverpool, securing a goalless draw at Anfield by playing to nullify the Reds multipronged attack. Any impression made dissolved when the Merseysiders ran riot in Munich, however.

Whether or not Kovac stays, Salahamidzic began acquiring pieces for the new campaign, signing Atletico Madrid's World Cup-winning left-back, Lucas Hernandez for £68 million. That frees Alaba to move into the midfield and possibly provide cover for Coman and Gnabry on the flanks.

Bayern hasn't won seven Bundesliga titles on the trot by making wild, impetuous course changes out of panic. Both the squad and the technical staff are designed to be flexible and interchangeable. A big name like Pep Guardiola or Carlo Ancelotti needn't come in, even if someone like Mauricio Pochettino comes available in the summer. Part of Kovac's appeal was his status as a former squad member familiar with the organisation. The club could just as easily look to his replacement at Eintracht, Adi Hutter, who built on Kovac's success in Frankfurt by taking the side to the Europa League finals.

This much is certain. If the club can dismiss a coach with Carlo Ancelotti's Champions League pedigree in mid-season because he has lost the clubhouse, Niko Kovac can suffer the same fate once the campaign concludes.