Adults can still get tickets for both matches for £25 while under 16's can see the games for just £1.

A year ago two shocks were caused, as Morpeth Town and Halifax Town beat Hereford and Grimsby Town to lift the trophies.

There is a host of similarities this year and there could well be two surprises again.

First up is the FA Vase final as South Shields take on Cleethorpes Town at 12.15.  The FA  Vase is a cup competition for those non-league clubs in step five or lower(9th tier of English football).

South Shields are strong favourites to lift the cup and continue the strong Northern League success of recent years in this competition. The last eight finals have featured at least one team from the North East division.

The Mariners are on the verge of completing a historic season at Wembley. Northern League champions, promotion, two other trophies and a chance of another on Sunday.

After a few nerves, they emphatically won their semi-final 6-1 on aggregate against Coleshill Town.

They are well-backed fan wise, as well as financially by chairman Geoff Thompson. This support will see over 13,000 fans head to Wembley from the North East at the weekend, an enormous following for this level of football.

Looking forward they will be expected to gain promotion at the first time of asking again next season, as they enter Evo-Stik Division One North, but for now, all attention is on Wembley. 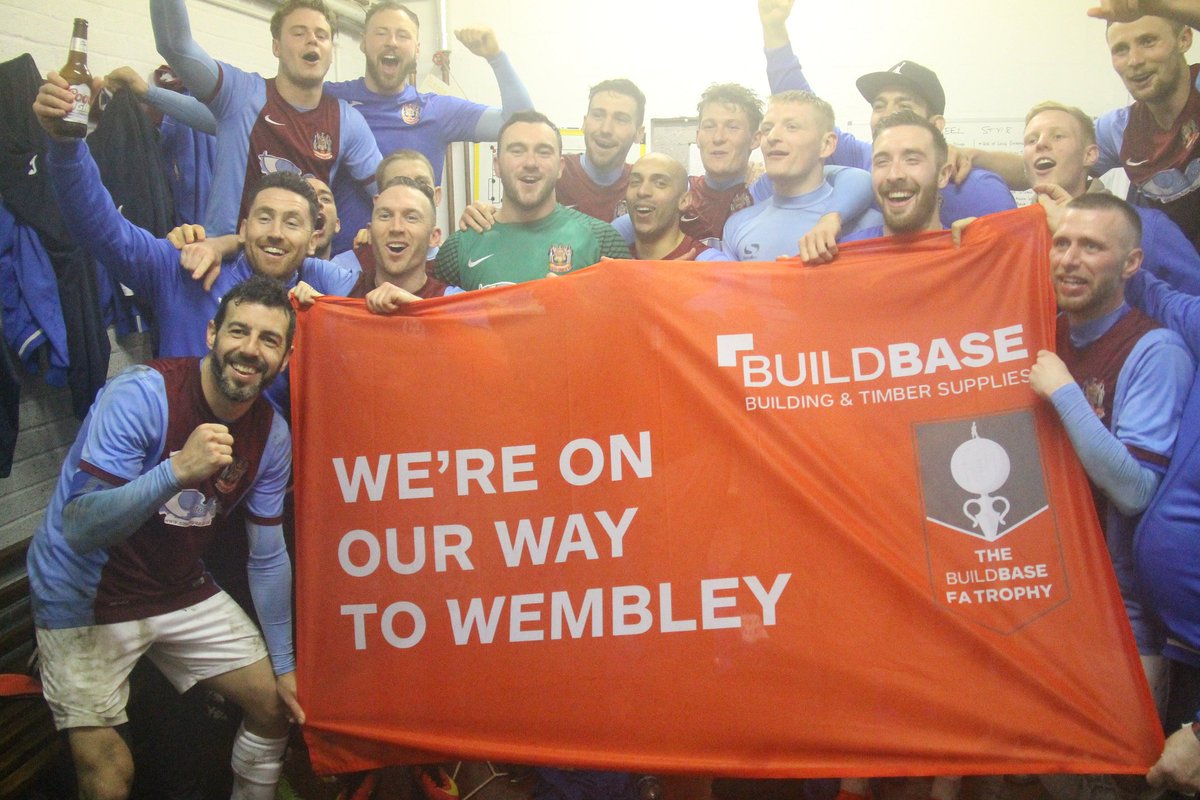 Shields Gazette
shieldsgazette
Follow
Don't miss today's paper for the chance to win one of 11 pairs of tickets to watch @SouthShieldsFC play at Wembley in the FA Vase final https://t.co/m0kTGXU8Ht
Follow
07:44 AM - 8th May 17
7
13

In comparison Cleethorpes have a limited history, having only been established in 1998. They also achieved promotion this season from the Northern Counties East League Premier Division. Next season they will play in Step 4 in the Evo-Stik Division One South, which will be the highest level they have ever competed in. Their semi-final was a much tighter affair in which they overcame Bromsgrove Sporting 2-1. 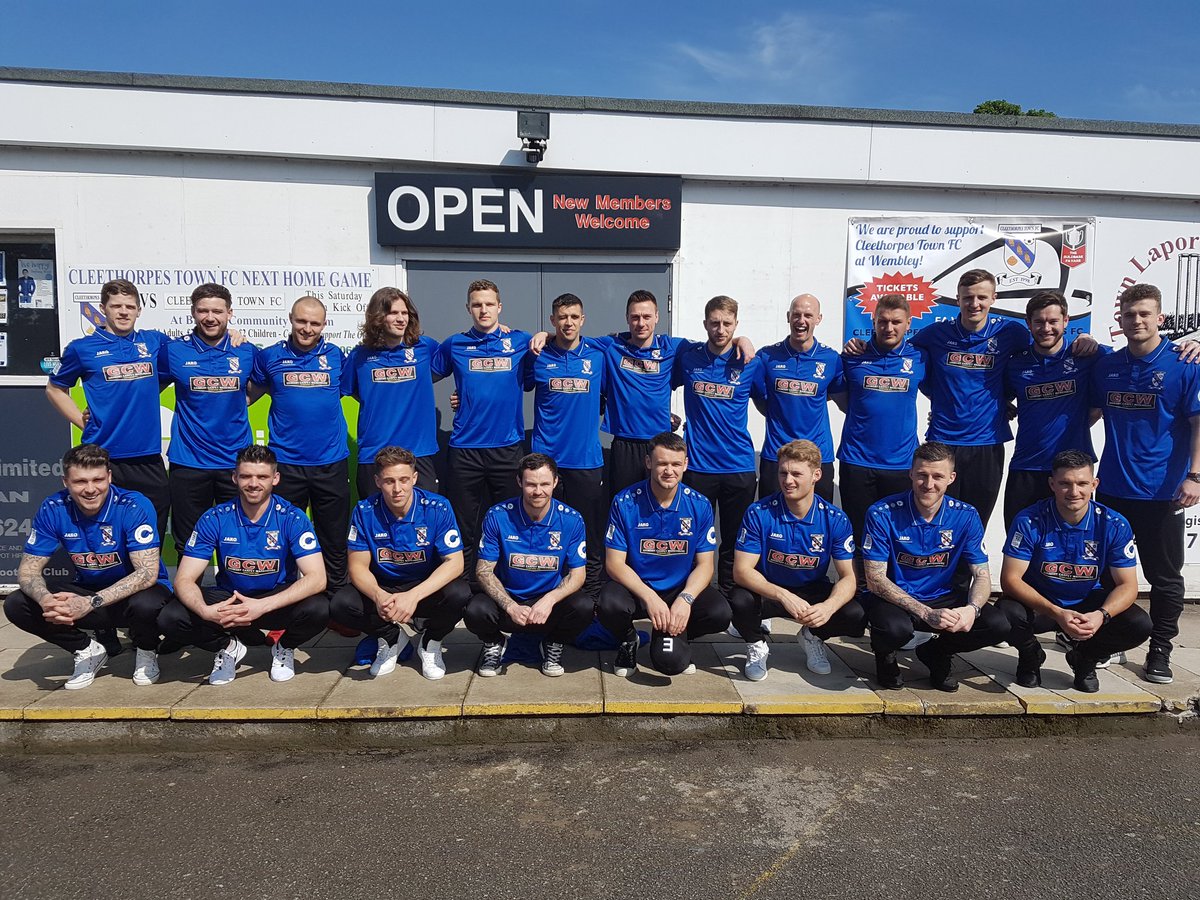 David Patterson
Patto1965
Follow
@CleeTownFC lads prior to leaving for @wembleystadium #daretodream https://t.co/yjMplX02Nm
Follow
11:26 AM - 20th May 17
4
28
Neither side will be able to compete in the FA Vase next season.

The FA Trophy final sees relegated York City face Macclesfield Town. The FA Trophy is for those in the first four levels of the National League non-league system.

York will be hoping to emulate Halifax Town who were relegated from the National Premier last year, before going on to lift the FA Trophy at Wembley.

The Minstermen were dramatically relegated for the second year in a row on the final day of the season after being held to a draw by Forest Green Rovers.

York have been in great form over the final few months of the season, having looked dead and buried at one stage.

Since the season finished York have announced they will remain operating on a full-time basis despite dropping to the 6th tier. 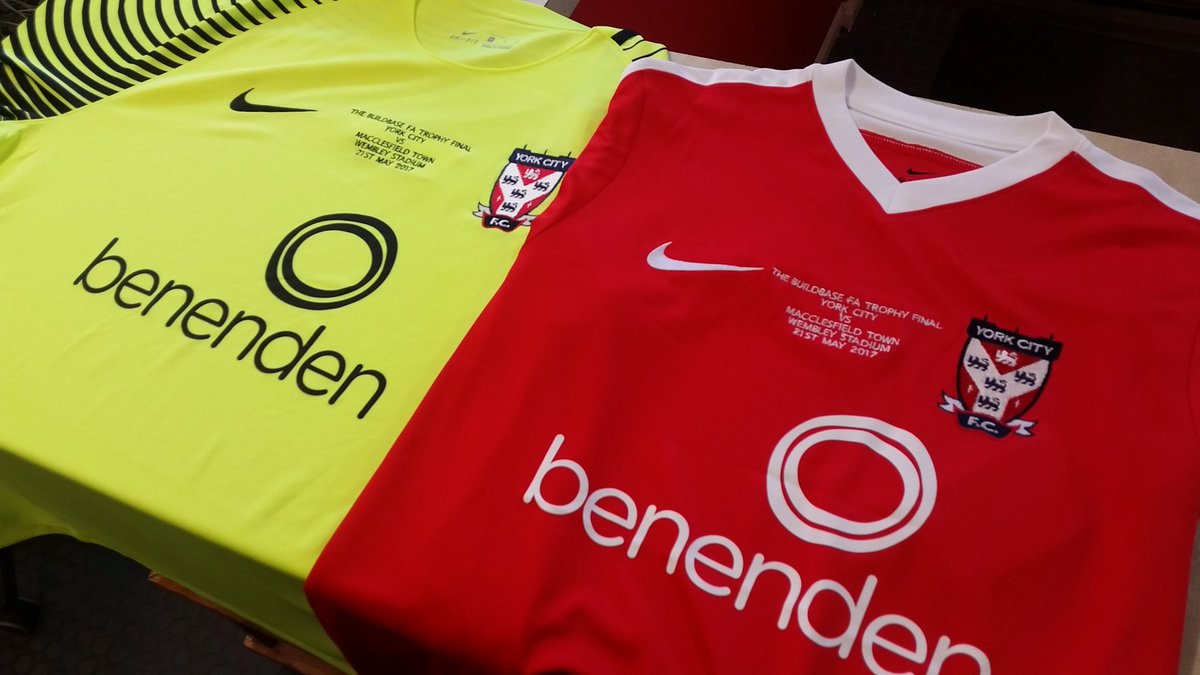 Macclesfield Town was in the playoff race hoping for promotion back to the Football League for the majority of the season. However, in the final months, they fell away finishing in 9th place, 14 points off the last play-off place.

The Silkmen were the first team to win the FA Trophy back in 1970 and won the competition again in 1996. They also produced a shock to reach the final, beaten National Premier runners-up Tranmere Rovers 2-1 over two legs.

Neither team would have given priority to this competition at the start of this campaign, but both will look to end disappointing seasons on a high.

If anything it will be more important for York, hoping to give them optimism over the summer before looking to bounce straight back next season.

Anything that helps promote the non-league game is a good thing and non-league finals day continues to do that. As for winners themselves, I expect South Shields to prove too strong for Cleethorpes, but I think York will spring a surprise and lift the FA Trophy.