Since Sir Alex Ferguson decided to call time on a spectacular managerial career, Manchester United have been in football purgatory. The 20-time Premier League Champions have been slowly trending downwards, culminating in what feels like the weakest playing squad of my life - in terms of quality and quantity.

After a stunning start to life in Manchester as interim boss, the Red Devils simply had no choice but to offer Ole Gunnar Solskjaer the job on a permanent basis. Fans were split right down the middle when the hire was made. Some delighted that a club legend was getting his opportunity, others more reserved, after all, his time at Cardiff City certainly failed to inspire.

Fast-forward ten months on from the permanent hire and Solskjaer has delivered a real mixed bag. Wins against Manchester City, Tottenham Hotspur, Chelsea and Paris Saint-Germain delivered hope. Poor losses to Watford, Bournemouth and West Ham crushed those dreams. Last night felt more significant than everything that had come before. As the Reds lost in abysmal manner to Burnley in front of a half-empty Theatre of Dreams, supporters' patience wore thinner than ever.

It's hard to explain, but when you know, you know. The board may have leapt to the Baby Faced Assassin's defence via the media today, but Solskjaer certainly feels like a cat living on his ninth life. United supporters are a demanding bunch, it comes with the territory of being the biggest club on the planet and with each poor loss, the #OleOut brigade only grows. The question is, can the Norweigan turn things around?

Tactically, it has been a real mixed bag from Solskjaer. In fixtures where United are allowed to counter-attack, this team can score goals galore. However, there's no plan B when opponents stick eleven men behind the ball and sit back. There's no cutting edge, creativity, drive or desire. It's all well and good jam-packing the side with pace, though it's completely useless if there's no end product. In this day and age, every good manager has to adapt. It's what makes Jurgen Klopp the best in the business right now. He's flexible.

The sad thing is, it's not Solskjaer's fault. Yes, he looks completely out of his depth right now - though he hasn't been helped by the powers-that-be. If United don't make at least one or two signings this January, this club risks finding themselves in a battle for a Europa League spot, nevermind Champions League.

If United do choose to relieve Solskjaer of his duties, whoever you get are going to encounter the same problems at some point under the current regime. This club is rotten to its core right now and serious changes are needed to return the glory days to the red half of Manchester.

For now, I reckon United will persist with Solskjaer and re-assess in the summer, but again, it feels like a constant hitting of the reset button means no long-term progress is being made... United need to find the right man, ride the waves a little bit and come out the other side stronger. Is Solskjaer that man? Probably not, but a decision has to be made sooner rather than later... 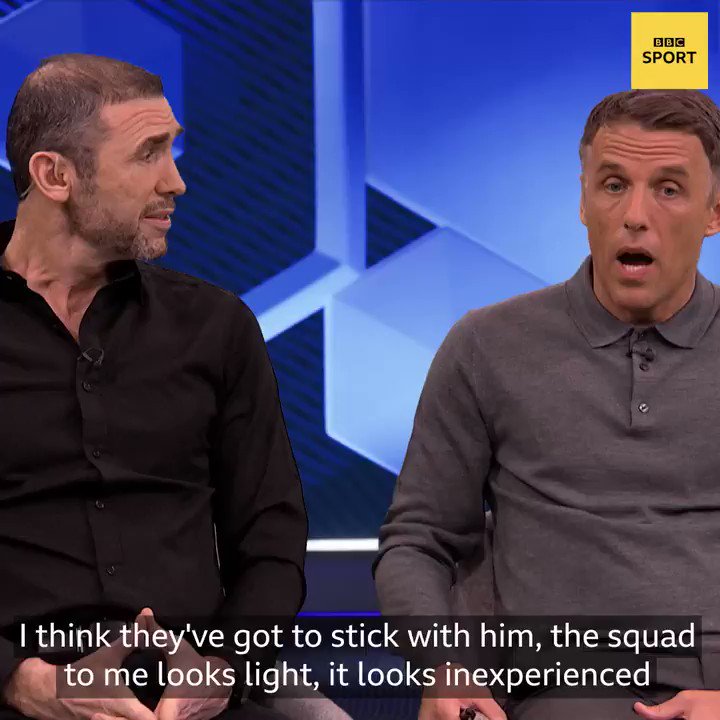 Match of the Day
BBCMOTD
Follow
Martin Keown says Ole Gunnar Solskjaer won't make it to the end of the season at Manchester United...