For all its Champions League woes, Paris Saint-Germain maintained ruthless consistency in France. After last season's disappointing campaign, which saw an impressive Monaco side top the pile, PSG reasserted dominance in the best way possible: regaining the Ligue 1 title with a 7-1 thumping over Leonardo Jardim's men.

During an action-packed first-half, Edinson Cavani netted his 25th league goal of the season. A sublime lob from Ángel Di Maria and Giovani Lo Celso's brace had PSG in firm control. Despite former Manchester City midfielder Rony Lopes reducing Monaco's arrears, the visitors were stunned heading into the interval.

In the second half, Di Maria's second strike, Falcao's own goal and a late Julian Draxler finish added further gloss. It was another dominant display by the hosts, humiliating the second-placed Ligue 1 team. The resounding victory, without two of their biggest stars in Kylian Mbappé, illness, and Neymar, foot injury, shows the gulf in class between PSG and the chasing French pack.

Despite his undoubted ability, Di Maria has frustrated onlookers in recent seasons. He has lacked consistency at the highest level. Against Monaco, however, the Argentine proved why he's so highly-rated, impressing with a well-taken brace. He did his utmost to complete his hat-trick as the second half progressed but was denied by Danijel Subasic before firing wide with another effort.

Di Maria's decision making was close to perfect. He rarely put a foot wrong and crucially, utilised the ball effectively. Unsurprisingly, then, the winger looked somewhat annoyed when hauled off in the 75th minute. 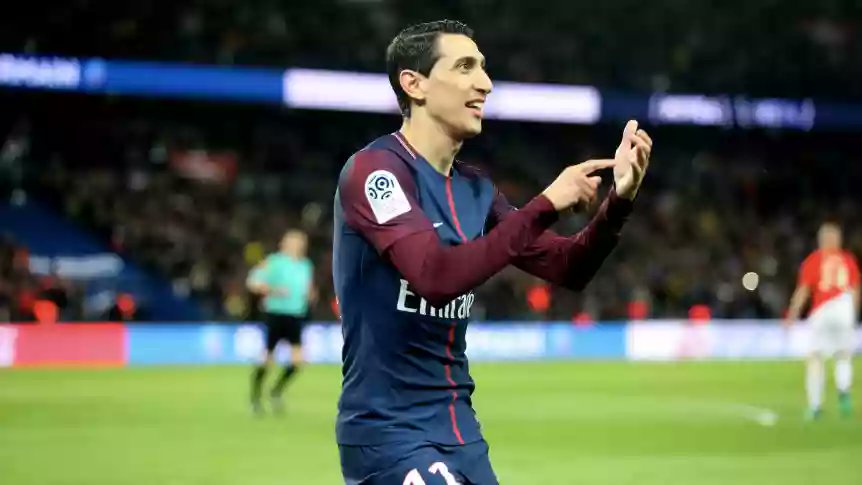 Lopes was Monaco's best player on a forgettable evening. Despite his team's poor collective performance, he kept fighting throughout - posing questions to PSG's backline as they tried to strike the right balance between defence and attack.

Lopes also found his side's sole consolation. Fullback Almamy Toure dispossessed Yuri Berchiche before accelerating forward into the box. His pass fizzed across the six-yard area and having reacted quickest to the turnover, the 22-year-old midfielder slotted home from close range for his 13th goal of the season. He's now netted in eight consecutive Ligue 1 matches.

A £10 million move to the Stade Louis II was sealed in August 2015 from Manchester City. After an 18-month loan to Lille, Lopes is enjoying an excellent debut campaign at Monaco.

The most decorated footballer in history. It's not a bad tag to own. Alves, who has played in three of Europe's top five leagues, delivered a professional performance against Monaco to add another title to his ever-growing collection.

Alves' tendencies to gallop forward in search of creating chances are well known. He didn't shy away from his defensive responsibilities, though, even with PSG racing into a comfortable first-half lead.

The Brazilian full-back completed five tackles, two interceptions as well as clearances. Most importantly, he was present when needed. With two key passes, a dribble and his sixth league assist of the campaign, Alves will certainly be satisfied. 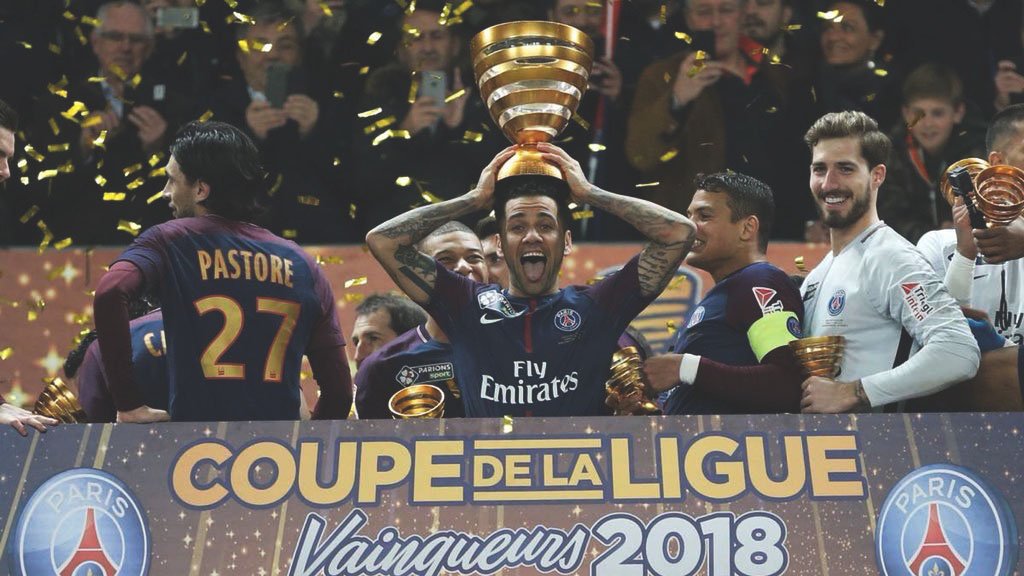 Although his season's stats in the final third may seem unflattering, Draxler remains one of PSG's top creative talents.

Operating on the left-hand side of a midfield trio, the German international was eager to influence play. Only Javier Pastore (77) touched the ball more. Draxler, who had 74 touches, recorded an impressive 91.4% pass accuracy. One key pass, two completed dribbles as well as interceptions - he was frequently involved going forward and also kept things ticking over in midfield.

Draxler's probing ball into Berchiche's path created Cavani's goal. The German's combination play alongside Pastore was pivotal in setting up Lo Celso's second before the break, too.

With Lassana Diarra used sparingly since joining in January and Adrien Rabiot frustrated at playing deeper, it'll be interesting to see how PSG's midfield options are handled in future. It's increasingly evident, though, that Draxler flourishes as a creator in the number ten role.

After delivering a disappointing display against Real Madrid, many feel Lo Celso has much to do before progressing beyond a talented youngster. Such a performance against Monaco highlighted his strengths, but equally his weaknesses. Argentina manager Jorge Sampaoli will be watching closely.

For Lo Celso's first goal, he played a one-two with both Alves and Cavani before darting into the area. Monaco defenders were left bamboozled as he advanced forward, ready to apply the finishing touch inside the six-yard box.

Lo Celso scored with his two efforts on target. In addition to producing a key pass, he was fouled on five occasions, more than any other player, but racked up five unsuccessful touches as well. Five tackles, a clearance and two fouls committed, it was certainly an action-packed display from the 22-year-old.