Paris Saint-Germain bolstered an already strong squad during the January transfer window. The French giants have dominated Ligue 1 for the better part of a decade. However, that hasn't translated into success in the Champions League. Conquering the continent is a priority for Les Parisiens.

To help solve the nagging problem, several new recruits were signed to beef up the team.

Experienced goalkeeper Keylor Navas, rather surprisingly, joined from Real Madrid. The Costa Rican shot-stopper has had a good start to life as the side's new number one. In front of him, young center-back Abdou Diallo arrived to provide defensive depth. Mauro Icardi was brought in from Internazionale to add more firepower up top.

Perhaps PSG's most important recruitment was made in midfield. Three key players were plucked from other top clubs. Ander Herrera from Manchester United, Pablo Sarabia from Sevilla, and Idrissa Gueye from Everton.

Gueye is well-known for his machine-like work rate. That gives Thomas Tuchel's outfit a unique quality which was previously lacking. The Senegalese delivered a brutal performance against Real Madrid recently in the Champions League, rendering the serial winners' midfield impotent. Tackling, winning second balls, making the right passes, he did it all with expertise.

Suddenly, PSG's front line could concentrate on breaking down the opposition. Angel Di Maria was tormentor-in-chief, netting a brace to inflict damage on his former employers. Thomas Meunier grabbed a third in stoppage time to wrap up a commanding 3-0 win.

For a team which has always come up short against Madrid in recent times, the victory marked a new beginning. 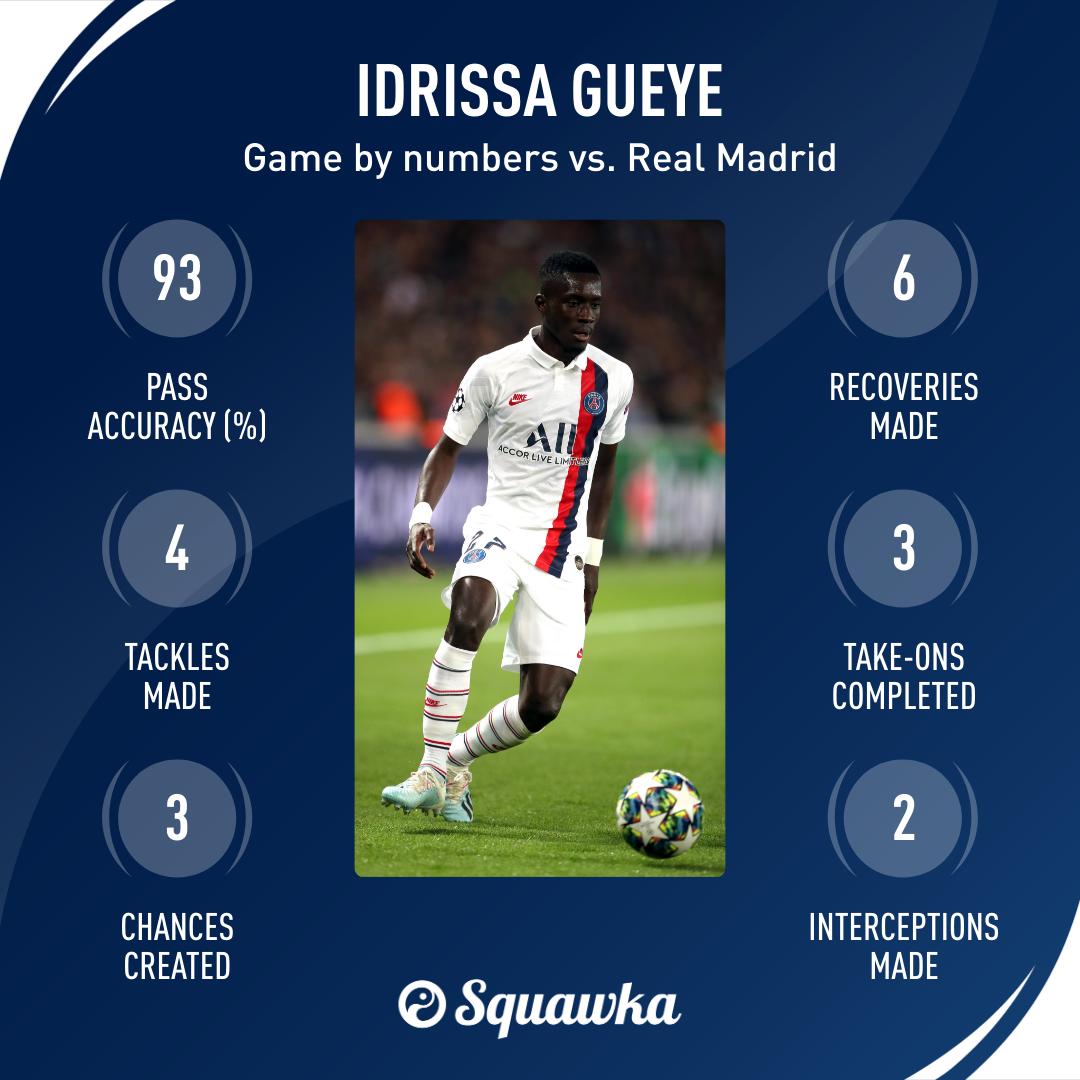 What makes the result even more significant is the fact PSG's regular front three were all missing. Neymar is serving a two-game ban while Kylian Mbappe and Edinson Cavani are both injured.

Gueye's exploits didn't go unnoticed. Tuchel commended him after the game. The German tactician then revealed the club had been in pursuit of the player for some time before finally securing his services. Midfield partner Marco Verratti also extolled his virtues following the match, stressing how important he is to the team.

Gueye has quickly established himself as a regular in Tuchel's line up. It remains to be seen whether he can replicate his early form all season round. If his performance for club and country in the last two years is anything to go by, the Senegal international is getting better. He offers a unique ability to put out fires and do the necessary dirty work to give his side the upper hand in a contest. There's still more to come from him this campaign.

It's clear Gueye is a good signing for Les Parisiens. He can help to make the difference in their quest for a maiden Champions League trophy. Obtained for £27 million, he's proving an absolute bargain.

Gueye can't do the job alone, though. He requires assistance from his accomplished teammates. Particularly those in the attack. Should Neymar stay fit for the crucial part of the campaign and both Mbappe, Cavani produce the goods, PSG can finally put an end to their European drought.