If you speak French, you might refer to Paris Saint-Germain as Les Parisiens. If you're a European football fan, you might think PSG are firmly entrenched among Europe's elite. Les Rouge et Blanc dominate Ligue 1 which ranks among Europe’s five giant Leagues. France won the World Cup this past summer with PSG wunderkind Kylian Mbappe providing crucial moments along the way. When the Champions League enters the discussion, however, the argument fails.

Qatari Sports Investments purchased the club with high ambitions. Opportunity plainly existed. Ligue 1 wasn't receiving the attention the Premier League, Bundesliga, Serie A and La Liga enjoy, not in terms of players, managers or viewers, despite French city's offering perhaps the highest quality of life and most disposable income among the five.

Including Watford, London boasts seven Premier League teams with four more in the Football League. PSG are their city's only top-flight team. Paris FC will compete in the Ligue 2 promotion playoffs for the chance to join them and spark a true Parisian derby. The recently resuscitated Red Star are already relegated to the Championnat National. And that's it. French football was an untapped market with the City of Light at its centre.

That said, reaching Europe's summit is the aim. Despite the money and squad at their disposal, QSI remain in the foothills. Their most memorable moment in the competition is La Remontada, the 6-1 thrashing from Barcelona at the Nou Camp three seasons ago that knocked them out in the Round of 16. The sting from that defeat grows with two further exits at the same juncture despite signing the man at the heart of that defeat, Neymar. It's cold comfort that Karma has twice exacted a price on the Blaugrana in the interim, setting them up to suffer similar reversals to Roma and Liverpool.

Neither Neymar nor Mbappe makes a difference in PSG's fortunes. The Brazilian was injured for the last 16 in both seasons in Paris. Mbappe disappeared in the second leg against Manchester United at the Parc des Princes after figuring prominently in the first at Old Trafford. He is quickly becoming the QSI's Lionel Messi.

It's become so bad, the side was bounced from both French cup competitions, losing on penalties to Ligue 2-bound Guingamp in the Coupe de la Ligue and knocked off by Rennes in the Coupe de France. Whether the manager's name, from Carlo Ancelotti to Laurent Blanc to Unai Emry and finally Thomas Tuchel, PSG fails to strike fear in opponents in the manner a true champion must. 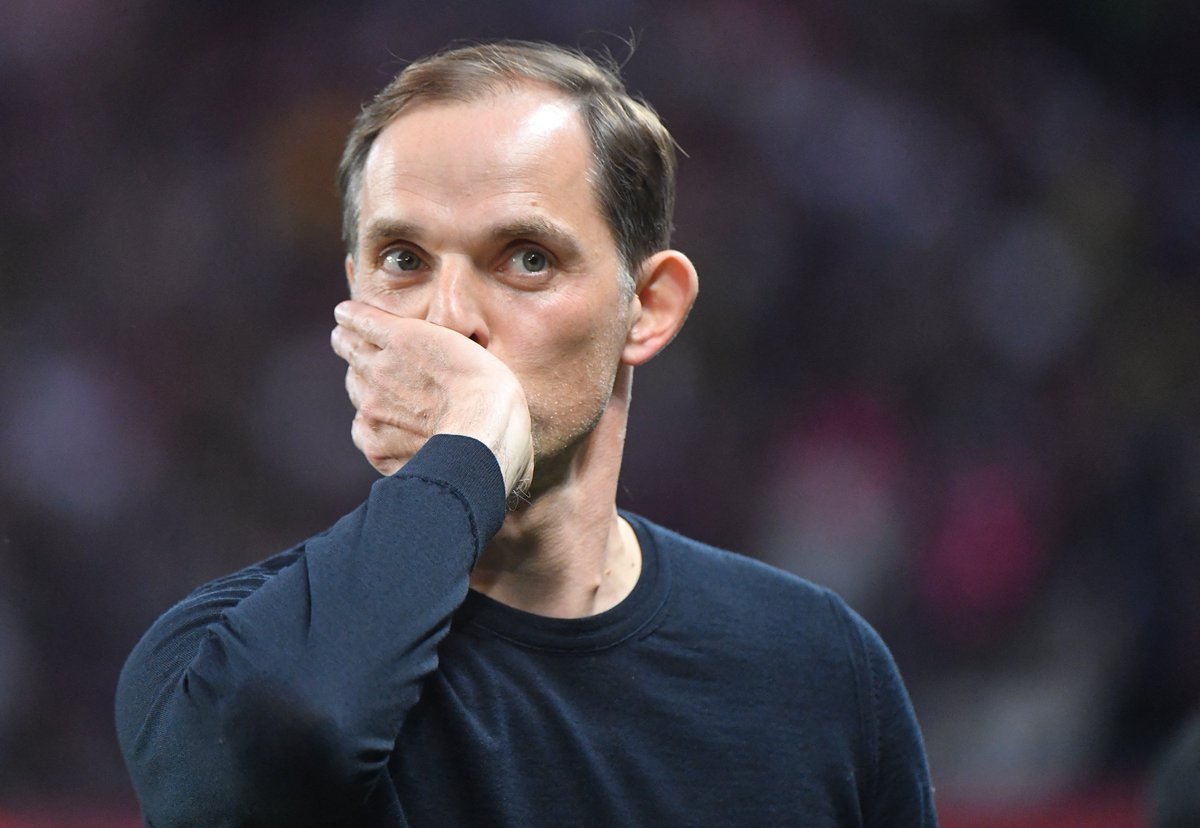 Squawka Football
Squawka
Follow
For the first time since 2012/13, PSG have failed to win multiple trophies in a single campaign:

Intimidation is a necessity to become European Champion. Liverpool intimidated Barcelona right off the pitch at Anfield. Did you watch the semifinal second leg? Did you feel the need to turn down the volume due to the thunderous noise made by Reds supporters? Before the first leg, Jurgen Klopp referred to the Camp Nou as "no temple of football." Many believed he should feel chastised after the 3-0 defeat but the Kop had his back. They rose as one and stayed standing in full voice for 90 minutes to demonstrate to travelling Barca supporters exactly what their manager meant.

The other Champions League greats instilled fear in a similar manner, whether it was Milan at San Siro, Juventus in Turin, Bayern Munich at the Allianz Arena, Ajax at the newly-christened Johan Cruijff or Real Madrid at the Santiago Bernabeu. We're not just discussing fan support, mind you. Each of those squads got after you and never relented. Like fading Barcelona, PSG switches off. Even Manchester City does, else why have inferior Premier League squads from Liverpool and Tottenham evicted them from the competition in successive seasons?

Les Parisiens is a grand team. Financial backing isn't the problem. Neymar's injuries are unfortunate. Nevertheless, the absence of a single player shouldn't reduce a team to mediocrity. Mo Salah and Roberto Firmino were in the stands while the Merseysiders scored four against Barcelona. Paris Saint-Germain don't need to find new players or a new manager in the summer so much as they need to find some balls.