In Genesis, Cain and Abel are brothers. Jealousy leads one to murder the other. In football, people like to think of Pep Guardiola and Jose Mourinho as mortal enemies. Not so. In fact, they are managerial brothers who cut their teeth together in the footballing Eden known as the Nou Camp, studying their craft under Sir Bobby Robson and Louis van Gaal. True, their rivalry developed as Pep curried favour by adhering to his Cruijffian teachings while Jose rejected them. Thus, decades later, the pair still try to knock each other off twice a year.

Yet, while fans continue to think of them as polar opposites, one espousing positive tactics, the other negative, their personalities and philosophies bear a sibling resemblance. Guardiola’s mission isn’t to score goals even though his teams always produce more than their share. Rather, he seeks to control matches through possession. Mourinho is a control freak, as well, although the Portuguese dictates tempo through resistance. One keeps coming at you; the other constantly invites you in. Either way, meetings take place on their terms.

Control over opponents is the end product in their designs. Authority within their organization is the foundation. In order to win, Jose and Pep demand unconditional support from the board and total commitment from players but they do not bond with their clubs.

There's no fault in that. Few managers do. It’s a luxury the vast majority simply cannot afford. Sir Alex Ferguson and Arsene Wenger became Manchester United and Arsenal. Zinedine Zidane appears to be fusing with Real Madrid in the same manner. Mourinho and Guardiola are equally influential. They can make a long-term commitment to any side they choose but the emotional tie doesn't exist. The duo view clubs as vehicles to further their careers.

Again, you can’t blame them. Detachment or overriding selfishness [depending on your loyalties] drives the two greatest managers of their generation to succeed on a level far above their colleagues. Their mindset makes them the managerial Messi and Ronaldo. On the other hand, your greatest strength tends to be your Achilles heel. 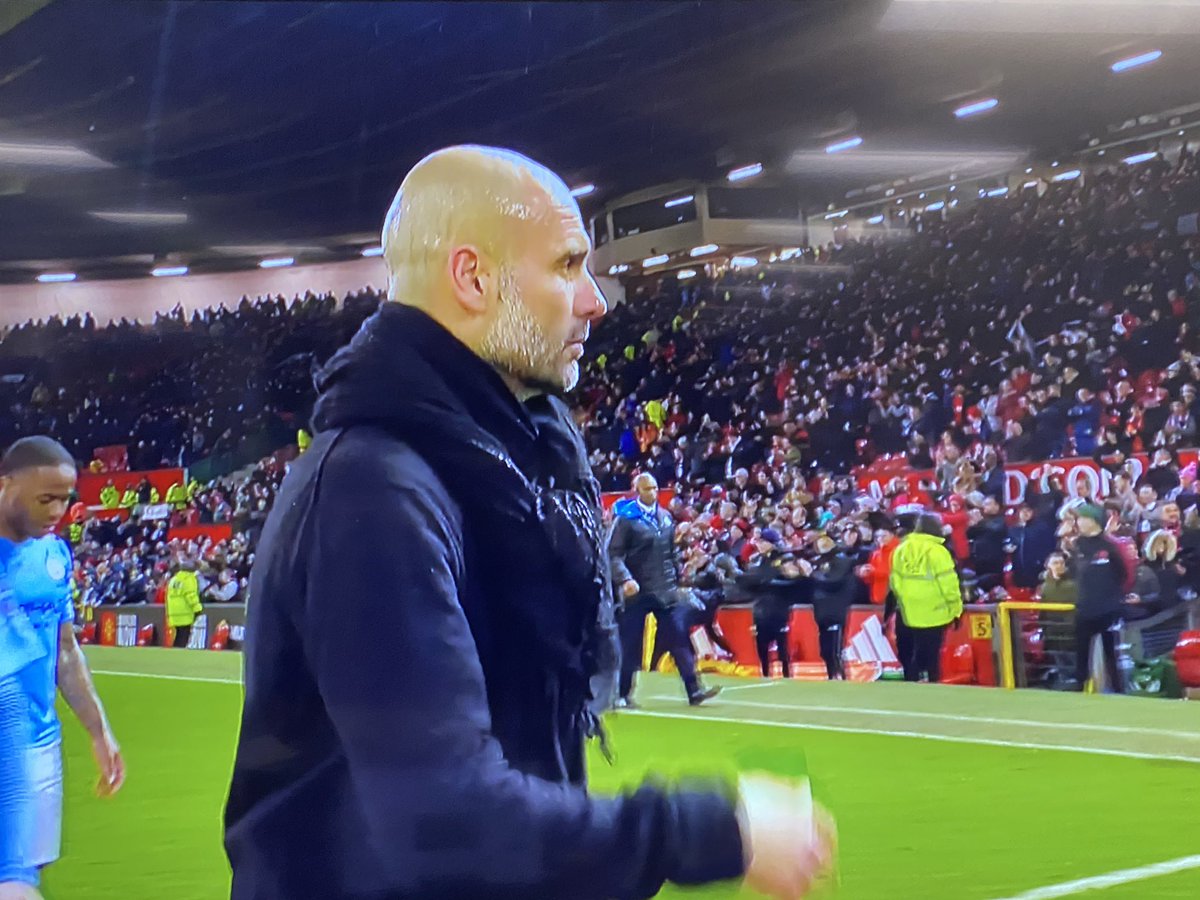 Paddy Power
paddypower
Follow
Once again Pep Guardiola gets his tactics wrong in a big game.

A scarf when it's pissing it down? That's just going to soak up the moisture; be dead heavy now.

For Jose, the downward arc in his career began when he left Internazionale of his own accord. Prior to taking the decision, the media portrayed him as a player’s manager, one who created a bond within the clubhouse. Fostering an us-against-the-world mentality repeatedly carried his teams through adversity to the very top. But Mourinho hinted at his Real Madrid ambitions to reporters as Nerazzurri bubbly sprayed onto the Santiago Bernabeu dressing room walls. Elsewhere, Manuel Pellegrini remained Los Blancos’ boss, planning to build on the season in which he set a club record for points, blissfully unaware of his pending doom. The Inter boss resigned his post and took the Chilean’s job days later. As they should, perceptions changed quickly.

When you’ve just deserted a group of players who gave you all they had, whether it’s because you think they’ve nothing left, another club can offer you even more or a combination thereof, how do you earn the new squad’s trust? Iker Casillas and Sergio Ramos were both professionals who’d seen it all and Real Madrid through and through. It was their dressing room in which Inter celebrated months before and, while they'd lease it out when their season was done, they weren’t about to permanently surrender it to a mercenary manager. The feuding began early and continued through Mourinho’s tenure in the Spanish capital.

When he finally left for Chelsea, the likes of Cesc Fabregas, David Luiz and Eden Hazard defended their turf as well. It happened again at Manchester United and, given Mourinho’s public condemnation of Tanguy NDombele, history will repeat at Tottenham Hotspur. Mourinho continued to win even as he battled for full control of each squad but he was no longer perceived as a player’s manager. Rather, he morphed into a hard taskmaster who keeps a few pets.

Although Pep Guardiola departed Barcelona and Bayern Munich on his own initiative and hasn’t reached the same heights with Die Roten or Manchester City, the Premier League side is his Inter. Club and squad were built for him. Construction began years before he came. Needs were anticipated. Once he arrived, everything asked was given. Now City stand to be punished for going to excessive lengths to accommodate his needs. If their Champions League ban is upheld, the squad almost certainly scatters to the winds. Even though ownership can afford to replace them, UEFA will count every penny lest they take liberties again. Thus, spending will be reduced. Nor will Guardiola be permitted to pursue the prize he most desires. He faces the same choice Mourinho pondered in 2010. The club won’t be able to provide. Others will. Does he stay and help rebuild? Or does he leave?

Long perceived as being at each other’s throats, Mourinho and Guardiola are brothers in coaching arms. Thanks to labels such as dark arts and positive or negative tactics, Jose was always seen as the Cain to Pep’s Abel. Now the jawbone of an ass lies within Guardiola’s reach. He needn’t pick it up.