How patient can Arsenal be with Nicolas Pepe?

Though every team wants to improve, not all can pay the price. Arsenal's biggest summer arrival reflects the club's desire to develop. Nicolas Pepe holds much promise and considering his previous campaign in France, much is expected of the Ivorian.

Pepe undoubtedly makes Arsenal matches worth watching. His dribbling skills lightens a game. He's courageous on the ball, unafraid to take on defenders. Not even Virgil van Dijk could handle Pepe's skills. Along with mesmerizing dribbles, his lightning pace makes him extremely difficult to stop. With these attributes, the Gunners are a serious threat on the counter-attack.

Five games into his Arsenal career, Pepe's yet to score. That's long enough to start judging his scoring ability. He's missed a lot of clear-cut chances. He's not getting much stick right now, but how long will fans keep their cool?

An attacker's main job is to score as many goals as possible in addition to create for teammates. Pepe's assisted just once so far this season. Moreover, the Gunners' strikeforce isn't experiencing a goal drought as Pierre-Emerick Aubameyang and Alexandre Lacazette are doing their routine. The former has notched five times already while his partner netted twice before sustaining an injury. If not for this duo, Unai Emery's side would have dropped further than the seventh-place position they currently sit.

Pepe is supposed to reduce the burden on Aubameyang and Lacazette. It's a task he's not performing. Beside lacking goals, his other flaws are glaring. He lays passes and short crosses instead of shooting. Accurate ones would be appreciated but they're far from that. Even his shoots are mostly off-target.

When a player lacks in this way, they must find a way to produce. 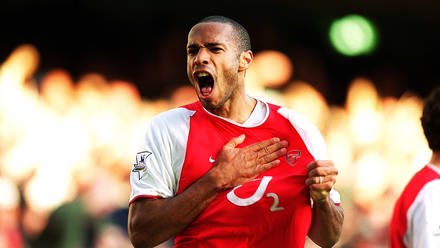 Frankie Hastings
FHastings_2001
Follow
To everyone giving up on Nicolas Pépé already...

No side invests without expecting a return. Arsenal's hierarchy spent a lot to reach this stage. As a trio Aubameyang, Lacazette and Pepe carries much of the team's responsibility. The error-prone defence means the Gunners rely heavily on their attack.

With those obligations. Pepe's peak performance plays a crucial role. Failure will be costly.

Understandably, fresh faces need to mingle on-and-off the pitch. Pepe, though, should consider himself as well. Emery requires his individual brilliance. The 24-year-old has to balance selfishness and selflessness in order to thrive at Arsenal. Lacazette's injury will afford him more responsibility. He must play his part successfully.

Concerning attributes, Pepe needs to work on his finishing. The Gunners' midfield is trusted to provide scoring chances aplenty. They must be utilized. With Dani Ceballos and Mesut Ozil, there's creativity in abundance. All that's left is to make those passes count.

Though Pepe has the necessary weapons to reach the top, his welcome party won't last forever. The pressure will soon start mounting on him should he continue not to deliver. Arsenal fans expect more.

However, at present, there's no urgent call for alarm. Pepe just needs time to adjust to the Premier League. The wait may be frustrating but it will no doubt be worth it.