Phil Parkinson stabilised Sunderland; Can he lead them to promotion?

When Phil Parkinson took over in October many Sunderland fans were wary about his ability to turn their fortunes around. Jack Ross took them to the brink of promotion last year in the playoff final at Wembley but ultimately could not get the job done. A subpar start to the season saw him leave the club. Despite a rocky start, Parkinson did turn the side around. Fifth in the League One table and only four points behind leaders Rotherham United, the question is whether the gaffer can secure the promotion Ross failed to deliver.

The Black Cat’s went through a torrid start under Parkinson as fall turned to winter, going nine games in all competitions without a win. The knives were out for the new man but he managed to turn it around quickly. Nine wins in their last 13 and only one defeat away to Portsmouth rocketed the Mackems up the table. On Tuesday night, they were held to a 1-1 draw by fellow promotion hopefuls Fleetwood Town but the point was a bonus, the equaliser coming from Max Power in the final minute of injury time. Only Coventry City better Sunderland's form since the New Year. With both automatic promotion spots up for grabs, the Black Cats feel real hope for the first time in several years.

Their back-to-back relegations from the top-flight to the third and the sordid events along the way remain fresh in fans' memories. They are too huge a club to tarry in League One, easily the biggest currently at this level. If we're being honest, their size mandates Premier League football. 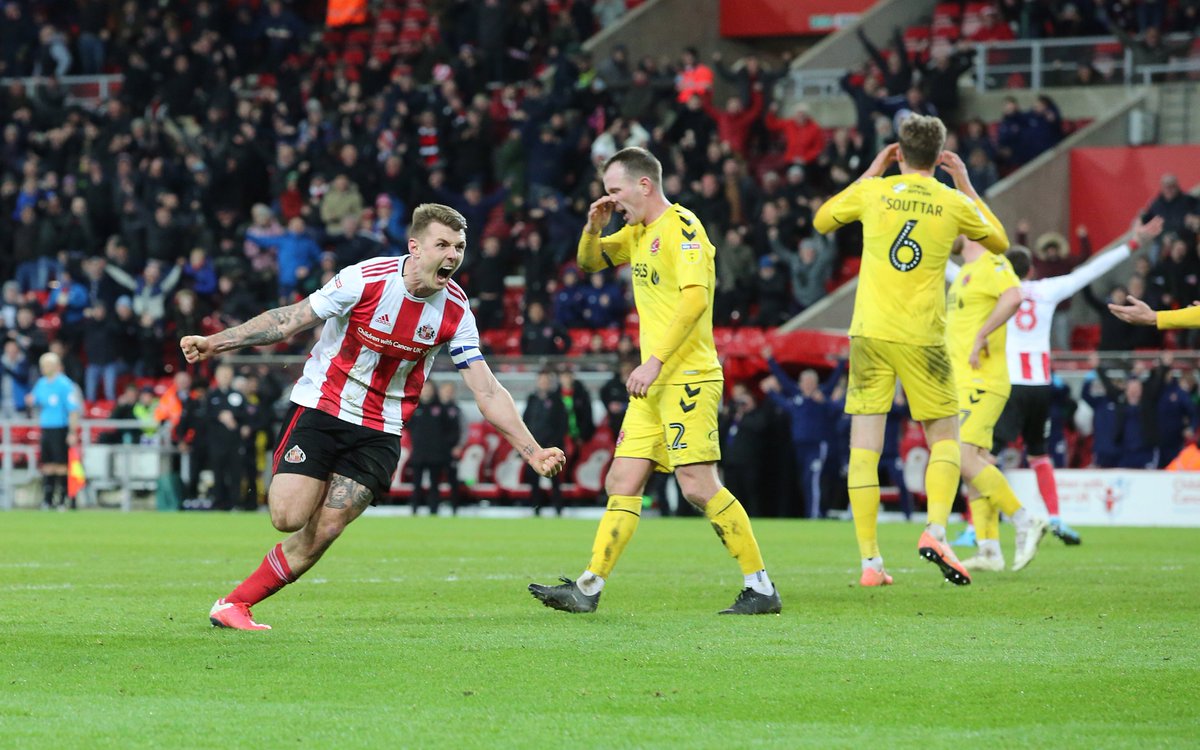 Confidence wafts around the Stadium of Light like a Mexican wave these days. The manager, players and fans all feel it. Chris Maguire is the stand out performer. Other attacking players tend to underwhelm but the 31-year-old Scot produces on a regular basis already moving into double figures for goals and assists for the campaign.

Sunderland boast the best defensive record in the league but struggle at the other end. It was the same last season when they turned in more than their fair share of 0-0 and 1-1 draws. Only Maguire's 10 league goals and 12 assists keep them in the hunt for the top two places and automatic promotion.

Parkinson's CV includes three promotion campaigns, twice with League One sides. With the players at his disposal, he should be able to get Sunderland over the line. Their destiny remains in their hands with 11 games to play, four against top-ten rivals. On Sunday, they travel to second-place Coventry, a crucial match in both club's campaigns. On Decision Day, they face current leaders, Rotherham.

If Parkinson can't deliver Championship football for 2020/21, there is no way to view it other than as a failure. As Ross discovered in the season's early doors, Sunderland's hot seat heats up quickly and the pressure can be unbearable. Again though, he has the tools at hand. There can be no excuses.