Why Paul Pogba is an open and shut case

France invade Germany this evening in a bit of irony that may titillate history buffs but is without doubt the marquee match of the entire group stage for any fan who speaks a language other than English. Regardless, Anglos with a thick northern accent took some interest in the pre-match interviews, especially the one given by Paul Pogba. The World Cup hero is now officially in the final year of his Manchester United contract but the contrast between his tight-lipped approach to questions about his club situation and openness regarding goings on within the France camp may not be telling the story his detractors read into it.

Naturally, Pogba was asked about his contract status at Old Trafford. For English football fans, the Euros are merely a way to pass the time until August when the new Premier League season kicks off, nothing more. When the inevitable query came, then, the Frenchman began matter-of-factly before abruptly checking himself mid-answer.

I have one year left on my contract, everybody knows it. I know that the club is--

Yes, yes, the club is what? Interested? They should be, considering the midfielder’s talent and the fact there is little room to fit any other word into the curtailed sentence.

Yet, Pogba stopped himself before he went, in his mind at least, a step too far. Did he pull back because his representative, the avaricious Mino Raiola, coached him to be coy and not allow United the comfort of knowing he is committed to extending his stay? Or is he, as many outlets speculate, looking to create the least friction possible while running down his contract so that he may depart on a free transfer?

Whatever Graeme Souness tells you, the latter hypothesis fails the litmus test when common sense is applied as it relates to Pogba’s agent:

Assuming you, as an avid United supporter, answered yes, yes and no respectively to those questions, you can relax for as much time as it takes Pogba to finish answering the question.

--Well, there has not been yet a concrete offer. It has not been done. We finished the season with the Europa League then we went on holidays. So, I didn't sit down with Ed Woodward and the manager. We haven't spoken and, of course, I am still at Manchester United.

Read what you like into the player not referring to the manager by name but it bears noting that, while Pogba is “still at Manchester United”, Ed Woodward has one foot out the door. The Executive Vice-President resigned following the Glazers’ ill-considered decision to join the European Super League insurrection but has agreed to stay on until the New Year.

When Pogba returns to the AON Training Complex, presumably with Raiola in tow, they will find sitting next to Ole Gunnar Solskjaer a significantly taller man than Ed Woodward, with a ruddy face, gleaming scalp and closely cropped salt and pepper hair marching in an orderly southward fashion to his shirt collar from an equator that spans east and west, ear to ear around the back of his head. This mysterious stranger will be Matt Judge, who appears nowhere on the Manchester United website’s Board of Directors or Management pages but is and apparently has long been the club’s chief contract negotiator, finally forced to step into the light now that Ed has found his conscience. You would think talks would progress quicker now that Judge has been revealed and presumably needn't wait on Ed's lame duck approval. But no, Manchester United are never in a hurry to do anything. 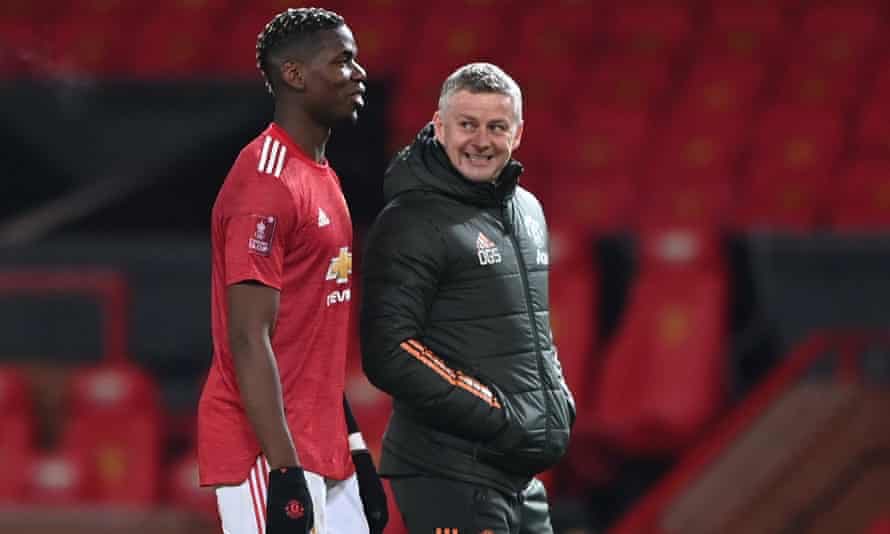 Alexei
MUFC_redarmy99
Follow
It gets forgotten how well Ole Gunnar Solskjaer handled the Mino Raiola comments regarding Pogba.
If anything the Pogba/Ole relationship seems as good as it's ever been. https://t.co/C1EeaONeSu
Follow
14:24 PM - 6th Jun 21
129
2683

As for any rift between Pogba and Solskjaer, it likely deserves as much concern as Monsieur Labile gave the apparent bit of handbags this past week between Olivier Giroud and Kylian Mbappe. Chelsea’s Champions and Europa League winner apparently complained to a reporter that the European virgin was not acknowledging his many runs in and around the box. Allegedly outraged that he should be questioned, the Paris Saint-Germain wunderkind is said to have requested and been promptly denied by France manager Didier Deschamps a full press conference so that he might respond publicly.

Pogba laughed it off, joking freely and at length about the supposed friction.

The only tensions, they are in our back and in our legs and the physio are looking after it. No, there is nothing between them. There is a great atmosphere in the squad. Maybe what Olivier said was not transmitted well but I don't feel any tensions.

Similarly, he probably ignores any speculation that he and Solskjaer do not see eye to eye. He just doesn't speak on it because United fans read whatever they like into any extraneous phrase. In truth, the Norwegian has made every effort to keep him in the squad and accommodate his preference for playing on the left side, commitments which have meant benching Marcus Rashford for more than one important match. In fact, of the 29 Premier League fixtures for which Pogba was healthy and in the squad, the lanky midfielder went unused only three times and, of the 31 starts he made in all competitions, was lifted in just ten. Surely, he can see the manager trusts him.

Okay, if we’re being honest, trusts him with everything except penalties. Still, Pogba seemed to take in stride his exit from the Europa League final on 115 minutes even though it isn’t difficult to imagine he is less than chuffed that Bruno Fernandes can hop skip and jump his way to 28 goals across all competitions, 13 from the spot, without United supporters noisily pointing out that he’s padding his stats. 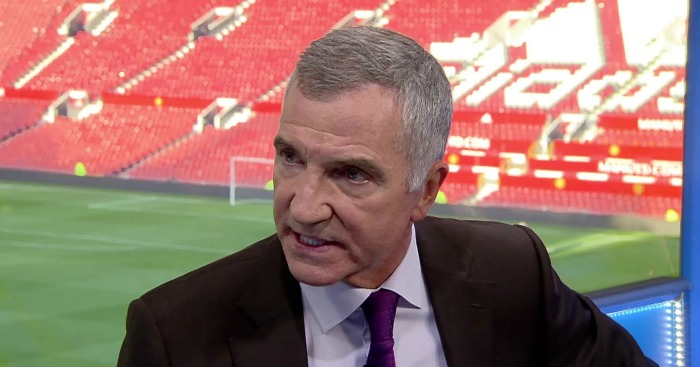 Between that and being called “a bit of a playboy” in comparison to City starlet Phil Foden, the 28-year-old can’t be completely enamoured with Mancunians in general. On the other hand, Solskjaer also gave him the captain’s armband for the Champions League second leg against Granada at Old Trafford, an event Jose Mourinho predicted would never occur again. If that isn’t a statement of support and trust, what is?

Yes, Pogba can talk openly about the France squad without fear of criticism only to shut down when the topic swerves to Manchester United but that is entirely on United fans and the sensationalist British media. His easy smiles and work rate on the ptich suggest that, out of the public eye, he is happy at United and just as much a leader there as with Les Bleus. Rather than proving a desire to leave, his dichotomous attitudes toward talk of club and country prove he has the wisdom not to put himself before the team. And the slow pace of contract talks? That only indicates he, like the equally tight-lipped David de Gea before him, is going to exact a premium from the club for all the abuse he will inevitably endure after putting his name on the dotted line.