On Friday’s list of international friendlies, FIFA’s sixth-best team, Poland, played hosts to Nigeria who is ranked 46 places below the Poles. The Super Eagles had little choice but soar from the nadir depicted on FIFA’s paper. Inspired by a mesmeric Victor Moses, they flew over their hosts in an emphatic 1-0 victory.

Gernot Rohr had to tinker his team bereft of its inspirational skipper, Mikel John Obi. Forwards, Gabriel Okechukwu and Junior Ajayi were missing due to visa hiccups.

Adam Nawalka had to make do without Dortmund’s Lukasz Piszczek and Sampdoria’s Bartosz Bereszynsk for Poland.

The game at Wroclaw was the first competitive encounter between Poland and Nigeria. The hosts got off the blocks smoking. Cheered on by their 40,000-strong home support. It was the White and Reds who seemed most likely to draw first blood. Robert Lewandowski clipped the post in the eighth minute after latching on to Rafal Kurzawa’s low cross. Grzegorz Krychowiak was convinced he had scored with his glancing header. His conviction was a fallacy to the English referee.

When Adam Nawalka's men eventually went behind 16 minutes after the break, the Nigerians simply jammed the door. Watching enthusiastically as a fan of the Super Eagles, I made some observations.

Without captain Mikel John Obi, Gernot Rohr deployed another Obi to partner Wilfred Ndidi in midfield. It was Joel Obi’s first appearance for his country in four years. For someone who didn’t feature during the qualifiers, the Torino midfielder was gifted a big chance to play himself back into the reckoning. It wasn’t spurned. The former Inter Milan man was a livewire for the Super Eagles through the 65 minutes he featured.

The 26-year-old was industrious with the ball as you’d expect from any playmaker. Someone who matched Obi’s robustness in the game was Brian Idowu.

Following his outstanding performance against Argentina last year, Rohr auditioned Idowu at left-back instead of the regular Elderson Echiejile. The Amkar defender was at the races. He marshalled the left flank so perfectly, Rohr saw no need to bring on any of the two left-backs looking pleadingly at him from the bench.

Moses can carry the weight

The Chelsea man was catalytic in attack for the three-time African Champions. For a player who plays predominantly as a defender for the Premier League Champions, it was a delight to watch Victor Moses putting on his attacking gear and punishing his opponents ceaselessly.

His brilliance in the final third eventually proved too much for the hosts. Marcin Kaminski stuck out a foot which impeded the forward’s powerful run in the area. Michael Oliver pointed to spot and the 27-year-old got up to coolly dispatch the winner. 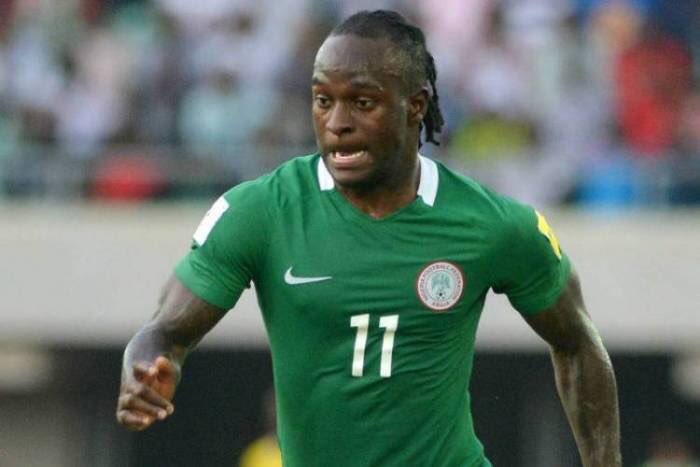 The weight of expectation on the shoulders of Victor Moses is huge. Everyone expects him to always come up with something beyond the ordinary. His showing against Poland is proof he’s equal to that task.

Wilfred Ndidi has been a pillar for Leicester City this season. His tackling, passing and ability to shield the defence have been a tool for Claude Puel’s team. Against Poland, Ndidi was that good once more. This time in a different shirt.

At 21 it’s amazing to see a midfielder play with so much maturity and panache. Ndidi reminds Super Eagles faithful of a workaholic Sunday Oliseh. The youngster closed down the Poles with zest, won his tackles and ensured his team secured a clean sheet against a prolific opponent.

Francis Uzoho is only 19. That doesn’t say he can’t man the post for a big team at the World Cup. He’s shown he certainly can.

The Deportivo La Coruna shot-stopper was selected ahead of Ikechukwu Enzenwa in the Wroclaw clash. Although he was jittery at the start, he regained composure to give a good account of himself against an attack led by Lewandowski. The young lad was vocal with the four men in front of him, yet cool-headed and agile enough to make saves and vital blocks.

A historic first 90 minutes and a clean sheet for the youngster, Rohr might find it hard choosing a diminutive Ezenwa ahead of him as first-choice.