Alphonso Davies introduces himself to the footballing world

By Jordan Street
Premier League
During Bayern Munich's Champions League clash against Chelsea, it was the talented-teen Alphonso Davies who impressed most...

Chelsea's topsy-turvy season continues. On Tuesday, Frank Lampard's side were demolished by a Bayern Munich team who before the clash at Stamford Bridge, weren't really being hyped up as potential Champions League winners. As Robert Lewandowski made it three, the footballing universe began to pay attention.

The match wasn't just the Bavarians' emergence as genuine contenders, though. Alphonso Davies announced himself to the world in emphatic style. Aged just nineteen, the young left-back would steal the show. It was his blistering runs and lethal crosses into the box that architected Chelsea's downfall on the night. A star was born.

Bayern Munich fans will be quick to tell you he's been doing this all term, though. 'PhonySZN' has been on display in the Bundesliga since way before the year's turn. Usurping David Alaba, who has often been talked about in the same breath as the best left-backs on the globe, should tell you everything you need to know about Davies' sheer talent.

We're talking about a young man who has been playing professional football since 2016 and that's undoubtedly why Davies shows a maturity way beyond his years. Those early MLS experiences with the Vancouver Whitecaps has shaped and moulded the Canadian into the classy player who tore Chelsea to shreds this week. What's most exciting is the best is yet to come.

His story is an incredible one. Davies was born in a Ghanaian refugee camp back in 2000 after his parents had fled from a civil war. Aged just five he'd move to Canada, which is where this fairytale really started to take shape. Perhaps it was those early-life experiences which made Davies the player he is today. That grit, determination and intensity within his game is clear for all to see. 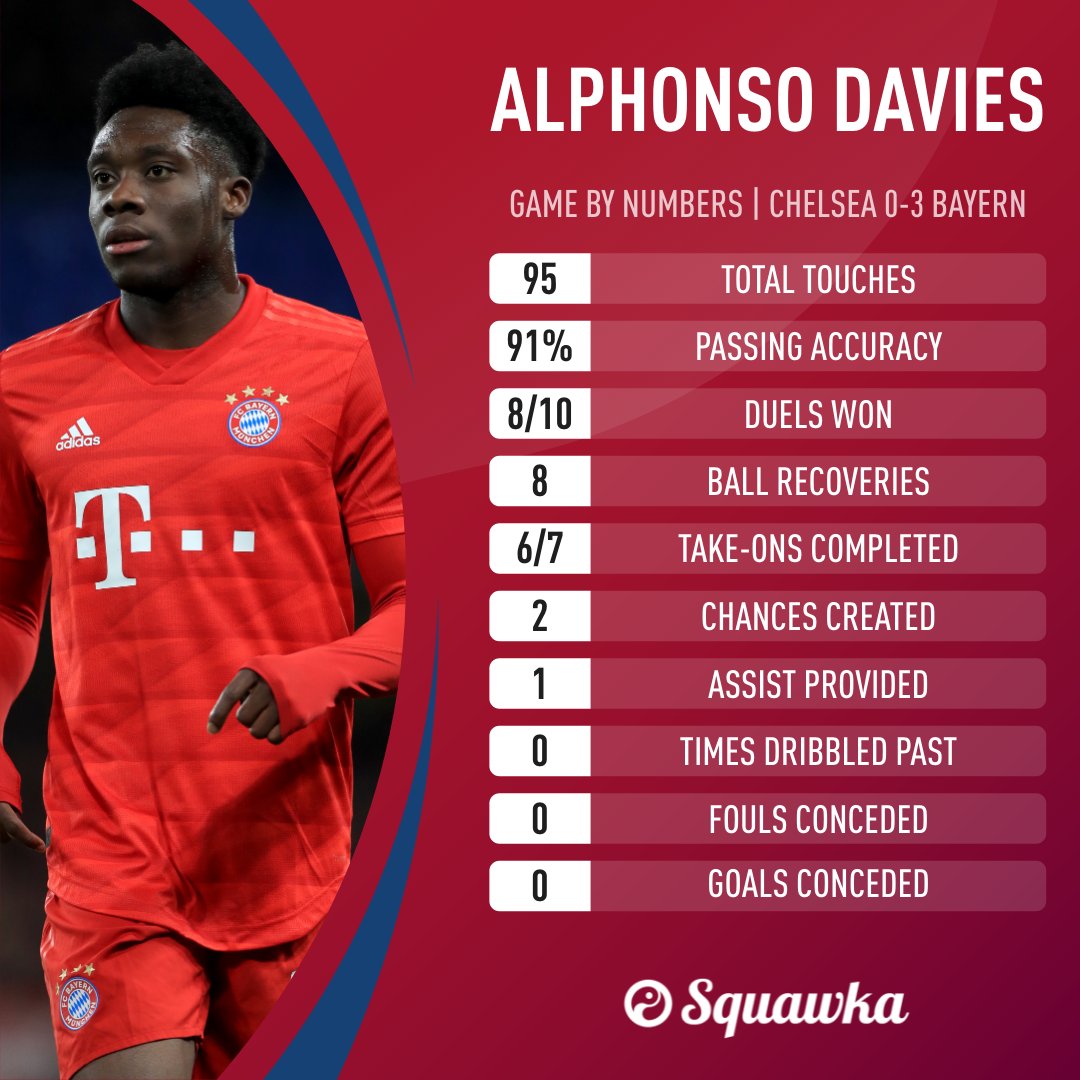 The excitement Davies showed upon joining Bayern mirrors that of a child on Christmas Eve. It truly is a breath of fresh air. The left-back is living out his boyhood dreams and what better place to do it than in Bavaria? There must be something in the water in that part of the world, as their conveyor belt of talent really is a cut above the rest.

As expected, it would take Davies a season or so to fully adapt to his new surroundings, but the German giants remained patient and kept the faith. Now, they're reaping the rewards. Twenty-six appearances have been made by the Canadian. Week-on-week, the young man just keeps getting better.

In this modern-day world, one that's filled with far too much hate and bad blood, Davies is a shining light. He's a down to earth young man who feels absolutely blessed to be playing football for a living, while his hilarious TikTok profile is the epitome of his character. Talk about remaining grounded.

Tough in the tackle, as quick as anyone, a brilliant reader of the game with a positional sense that's unheard of for a player so young. In this modern-day game, Davies is the perfect full-back. Hansi Flick deserves praise, too, particularly when it would have been oh so easy to opt for the more experienced Alaba in the heat of a Bundesliga title-fight.

In terms of high-quality left-backs, Liverpool's Andy Robertson undoubtedly leads the way. However, Marcelo's best years are behind him, as are Jordi Alba's. We all needed a new kid on the block to root for, and in Alphonso Davies, Bayern Munich have unearthed another absolute gem of a footballer, but an even better man.