When Inter threw away a 2-0 lead to lose 3-2 at Borussia Dortmund earlier in the month, questions were again raised regarding the club’s chances of success this season. For a side that spent over €150m on transfer fees in the summer window, much is expected of the team. Manager Antonio Conte received the full backing of the club’s hierarchy over the summer, in order to build a squad that can challenge for silverware once again. But perhaps, one of the pleasant surprises was the sending away of Radja Nainggolan, who'd head o loan to Cagliari.

For a player brought in from Roma just a season earlier, who had a good first season with the club, it was clear the decision was based on reasons beyond his performances on the pitch. Seven goals and three assists for any midfielder in his first year in a new environment is a decent return. When such a player comes loaded with invaluable experience gathered from many years of playing at the top level in a top club like Roma, that raises his value considerably.

However, it’s no secret that despite the Belgian’s quality on the pitch, he is not the best at following instructions; especially as it relates to off-field fun activities. His strong personality coupled with his uncompromising attitude does nothing to endear him to others. It's something that can give some managers a headache, especially those who value strict adherence to their rules.

Not much is known about all that transpired behind the scenes, but the summary of the story is that Conte communicated with the player before he was shipped out that his departure was not due to on-field performance reasons. Despite considering the player very important, the manager didn't stop the move. The 31-year-old left for Cagliari while Nicolo Barella moved in the opposite direction.

Although the young Italian has put up good outings for the Nerazzurri both in the Serie A and in Europe, his lack of experience, as with that of midfield partner Stefano Sensi has been all too glaring in some important games. 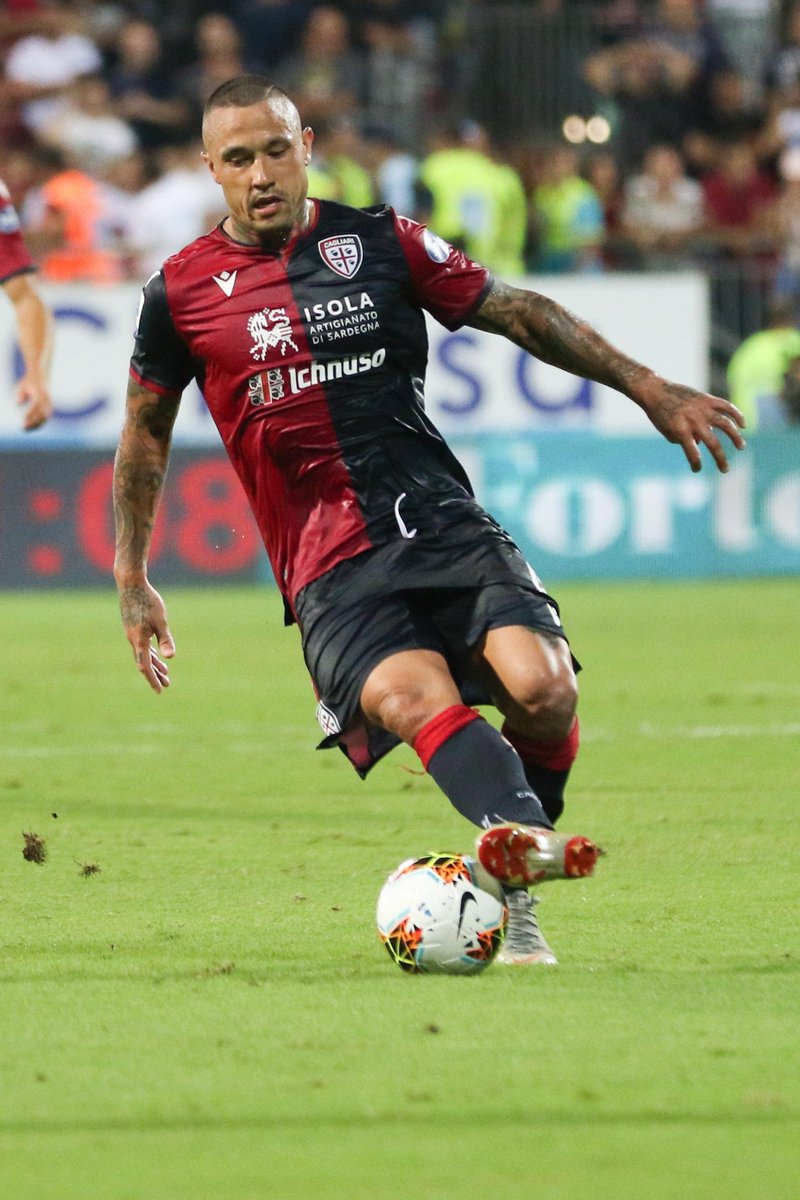 VoiceOfCalcio
VoiceOfCalcio
Follow
CM: Radja Nainggolan (Cagliari). Turned back the clock and delivered a true masterclass. Three assists and a screamer of a goal. The best individual performance of the season. Makes you wonder if Inter are not regretting their decision to let him go. Vintage Nainggolan. https://t.co/VBlsHPSXRZ
Follow
18:38 PM - 11th Nov 19
0
0

At 22 and 24 respectively, the young guns will have benefited immensely from Nainggolan's experience if he was still in the team. That was something the manager alluded to in his post-match remarks after the Dortmund collapse.

Contrary to inter's problems, particularly in Europe, Cagliari is having a blast of a season. Rolando Maran's men have been the surprise package of the campaign so far in Serie A. Undefeated in 10 out the first 12 games of the season, the Islanders sit comfortably in fourth-place on the league table as the likes of Atalanta, Roma and Napoli play catch-up. It's the first time since the 1969/70 campaign that the side is having such a good start to the season. And the last time that happened, the team went on to win the league. That may be a bit of a stretch this time around, but qualification for the Champions League is a possibility.

Nainggolan has been a key part of the squad, helping to dictate play and keep things tidy in the midfield. He is also on hand to deliver the killer pass or shot when needed to put his team perfectly in charge. These are qualities Conte could use as he struggles to topple Juventus. But he has himself to blame for letting a player of this caliber leave just like that.

His lack of appetite for doing the dirty work in terms of managing difficult players may cost him yet another job in the long-run. At Chelsea, he cut loose Diego Costa for non-footballing reasons and that decision came back to by him in the ... you know what.

Letting Nainggolan go is like repeating the same mistake all over again, in another setting.

After picking up only four points in four Champions League matches, qualification for the second round is now unlikely. With Juventus holding on tightly to top spot in Serie A, Inter may go another campaign empty-handed. Bringing back the Belgian (who is still tied to the club until 2022) from his loan spell either in January or at the end of the campaign will definitely help reinforce the team in midfield. It will also strengthen the squad as a whole. That's something Conte must consider doing if he really wants to knock Juventus off their perch and also challenge on the continent...