RB Leipzig are the surprise package in European football this season with comparisons already being drawn to Leicester City's unlikely triumph last campaign. Their rapid rise through the league system has drawn admirers from far and wide, but seemingly not at home in Germany.

Opposition protest against the club at every game, they were nearly refused a professional license in 2013 and even in Leipzig, a city with no other team in the top 3 divisions, fans are divided. This begs the question: what is the issue with RB Leipzig?

In 2009 Red Bull arrived in East Germany with the aim of bringing Bundesliga football to a region starved of top-level football. Dietrich Mateschitz and his drinks company approached a team called BSG Chemie Leipzig. The former champions of East Germany and one of the most supported clubs in Leipzig were languishing in non-league obscurity; however, the answer from both the board and the vocal, left-wing fan scene was a resounding no. Mateschitz and Red Bull changed their tact and eventually a deal was struck with SSV Markrandstadt, a small club in a sleepy suburb west of Leipzig. Red Bull completed the takeover of the club and RB Leipzig were born.

In the coming months, Red Bull would totally transform Markrandstadt into a completely different team. The clubs crest, colours and name were changed. Open trials were held in order to find a team capable of winning the ‘Oberliga Nordost' (fifth division) and a new executive board was put in place. They duly won the Oberliga at the first attempt, meaning promotion into the ‘Regionalliga'. With promotion also came a move away from Markrandstadt and into the Red Bull Arena, a 43,000 seater stadium built for the 2006 World Cup.

Three promotions in five years followed and in 2016 RB Leipzig were promoted to the Bundesliga. While this sounds like a true underdog story the real reasons behind the hatred for the club lie in the very fabric of the team, chiefly in the clubs executive board. The new board consisted of 17 members,  which may sound like a lot to English audiences, however, to put this in perspective Borussia Dortmund have over 144,000 members due to the ‘50+1 rule'. In contrast to clubs like Dortmund, the members of the Leipzig board were all previous directors and workers for Red Bull and not proper fans. This caused outrage in Germany as fans of opposing teams saw this as a breaking of the spirit of the 50+1 rule. 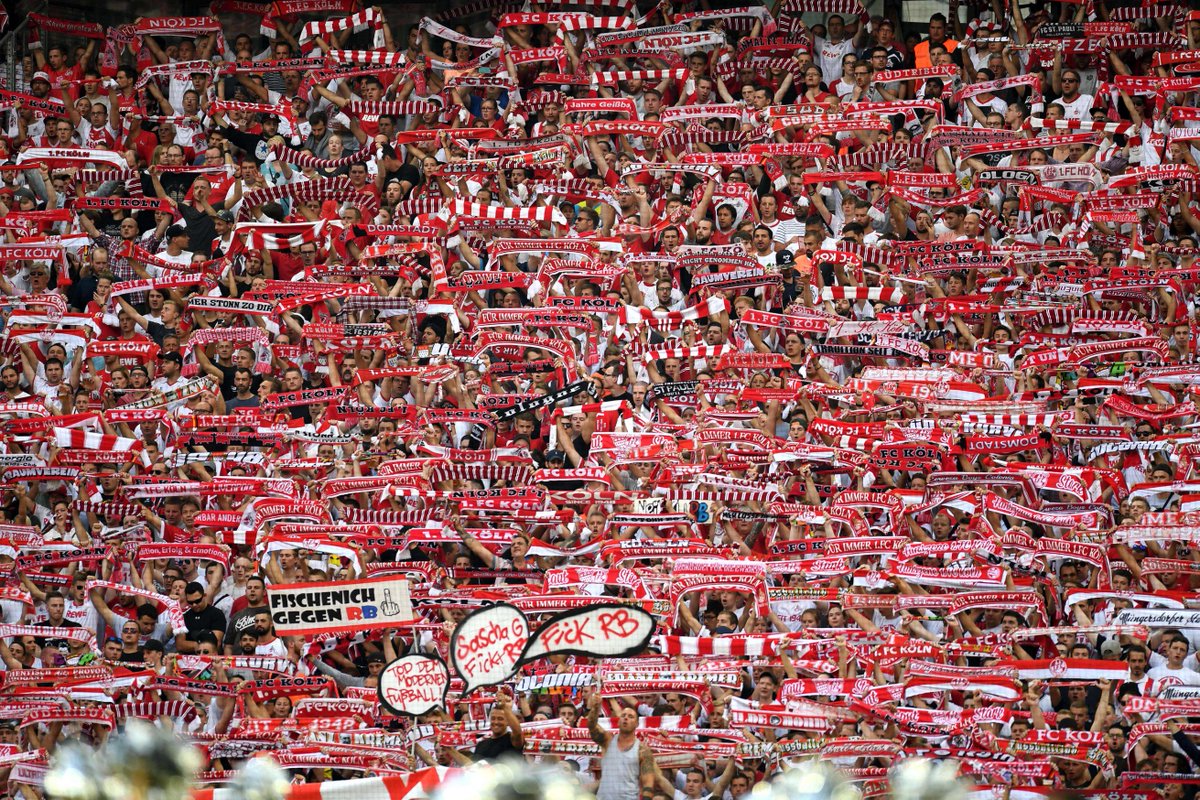 In addition to the questionable ownership and running of the club, the new logo was also widely criticised for its uncanny resemblance to the Red Bull brand logo. There are strict rules in German football governing company logos as team emblems and in 2014, the year Leipzig were promoted into the second division, the German FA ordered the club to change their crest.

Tradition is also an important aspect of football in Germany, something RB Leipzig simply do not have. Because of this and in protest at the RB Leipzig transfer policy of buy every player under 23 in Europe, fans from every single team in the second division boycotted the away games at the Red Bull Arena last season. Fans also regularly hold anti-Red Bull placards at Leipzig games, create huge banners and even wear gas masks ‘to protect against the Red Bull virus'. Leipzig are accused of buying their way to the top instead of earning it, something which German football fans will not accept.

By most accounts in Leipzig, RB is working wonders for the local footballing community, youth scene and even employment market, but fans are not willing to accept them into German football. Whilst the arrival of the Red Bulls may seem like a breath of fresh air to outside observers, German football fans do not see it this way. A notion where tradition and club values come before money is hard to imagine in the current English footballing climate, but something which is held in high esteem in Germany.

Stephen Parkinson
23 year old Football fan, player and referee. Specialising in the Bundesliga since having lived in Leipzig for 2 years.