Is this Real Madrid's year in La Liga?

Who will win the La Liga title this season? When this question is asked at the beginning of every campaign, the first club that comes to mind is FC Barcelona. The Blaugrana have been the dominant side in the Spanish top flight for the past few years. Having won seven of the last 10 editions, including the last two consecutive ones, they head into practically every season as favourites.

It promises to be a different story this term, though. The title race is more intense than ever. It doesn't look like the front-runner tag exists in the battle for the La Liga crown this time around. A rejuvenated Real Madrid has stepped up to the plate, to give Barca a run for their money. It's been a massive transformation for Zinedine Zidane's men.

The club endured a mediocre outing last season. The departure of Cristiano Ronaldo left a huge void in the squad that tormented them throughout the campaign. Los Blancos finished third on the La Liga table, 17 points below the summit. They couldn't go far in Europe, either, crashing out at the last sixteen stage.

Just a few months later, they are now a huge force to reckon with. It is easy to see why the fans are singing new songs. The atmosphere at the Santiago Bernabeu has changed for good. Once again, the club can dream of achieving success.

Zinedine Zidane's men are in a decent position. They currently sit three points off Barcelona with one game in hand. El Clasico couldn't separate them on Wednesday night. Yet, it passed an important message across - Real Madrid means business.

Although the game ended in a goalless draw, Los Blancos came out as the better side at Camp Nou. Contrary to what many expected, Zidane's side put in a confident display and threatened their bitter rivals in front of their own fans for 90 minutes. On another day with a little luck on their side, Madrid could have taken all three points. 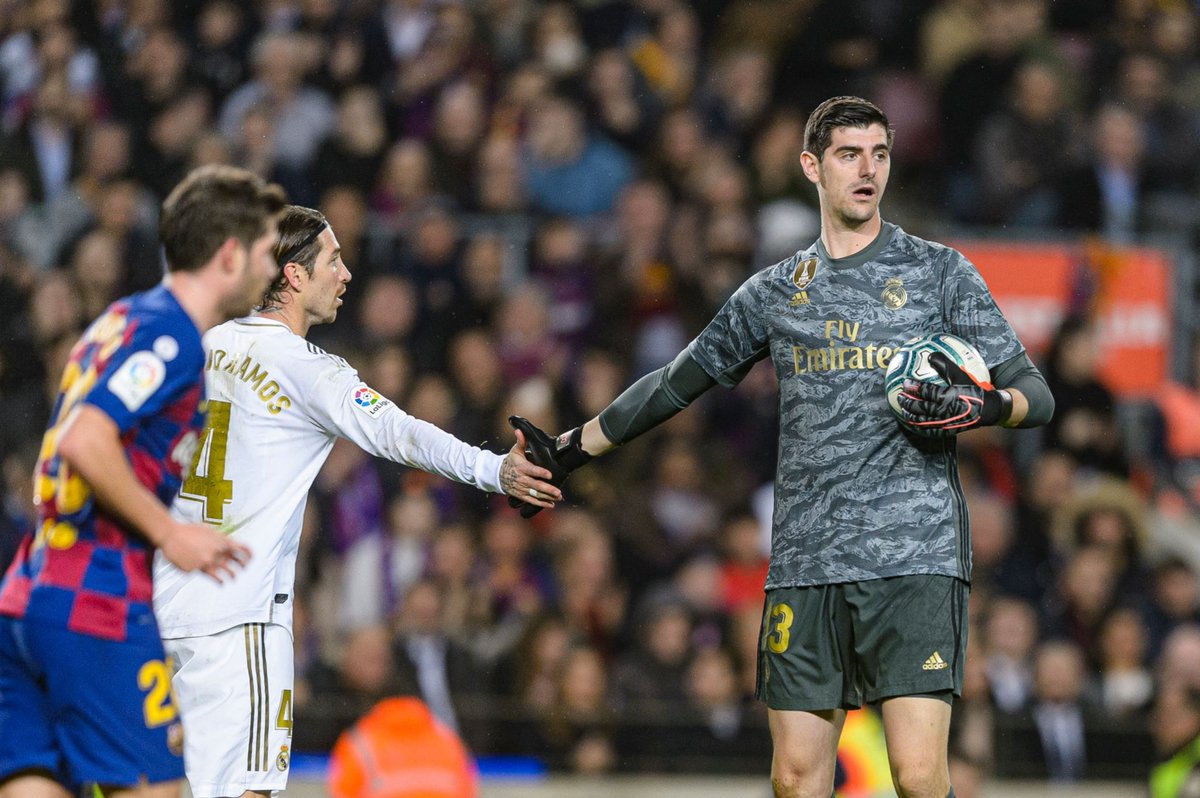 That performance was proof of reality to Barca. Real Madrid isn't scared of anyone this season. They look set to attain greatness once again. Is this their year to usurp the Blaugrana in La Liga and claim their second league title in four years?

It all starts with the man flying the plane. Zidane is determined to disrupt Barca's domestic dominance. Zizou has often reiterated his desire to win the domestic league trophy, this campaign there's a reason to believe in the Frenchman's ambition.

Real Madrid has faced a true test of their title credentials. Los Blancos battled Espanyol and Valencia before locking horns with Barca recently. Although it wasn't all rosy, they were able to step up to the challenge and retain their mojo in the title race. That should be enough to tell doubters that Madrid will be right there fighting for glory come next May.

The team is firing on all cylinders. Players are stepping up to the plate. Karim Benzema is in the form of his life right now, scoring all sorts of goals to keep his side flying high at the top. The Frenchman has bagged 12 goals in the Spanish top-flight so far. He looks set to continue providing the answers in front of goal.

Sergio Ramos has regained his rhythm following a dip in form last term, proving himself as a reliable figure at the heart of the defence. The likes of Frederico Valverde, Casemiro, Ferland Mendy and Raphael Varane have also impressed in recent weeks. The whole squad looks ready to take a lift. This could be their year to knock Barca off the La Liga throne...