Long before the likes of Paris Saint-Germain and Manchester City began splashing the cash to acquire the best players in the world, Real Madrid has been in the same habit. The Spanish giants are famous for it, hence the Galacticos nickname. It's little wonder then, that Los Blancos has dominated the continent as far as winning the Champions League is concerned. But there has been a gradual shift in the policy in recent times. Although a blockbuster deal took place last summer to bring in Eden Hazard from Chelsea, it’s now a rarity. In fact, the last time a big-name signing was made was the acquisition of James Rodriguez for £67.5million in 2014.

Since then, the focus has been on recruiting young players with a view to developing them into superstars. Up-and-comers like Marco Asensio, Martin Odegaard, Dani Ceballos, Andrii Lunin, Brahim Diaz, Vinicius Junior and Rodrygo Goes have moved to the Santiago Bernabeu recently. Some have since been shipped out on loan to garner first-team experience. But others have been integrated into the first team despite their young age. Brazilian hot shots Vinicius and Rodrygo are prime examples of the latter.

But the club is unrelenting in snapping up the best prospects that will form the next generation of Brazilian superstars. The latest target is talented attacking midfielder Reinier Jesus. According to recent reports, the youngster is set to join the club later this month when he turns 18. By so doing, he follows a path already threaded by fellow Flamengo academy product Vinicius, whose move to the Spanish capital has also opened doors in the national team even though he's only 19.

But who is Reinier Jesus?

Born in Brazil, Reinier grew up idolising icons from his homeland from years gone by. But he sees Real Madrid legend, Zinedine Zidane, as his role model and seeks to model his game after the former midfield maestro. Fortunately, he will soon get the opportunity to play under his mentor’s tutelage (if everything goes according to plan). But the youngster has so far acquired his football education back home with renowned Brazilian club sides such as Botafogo, Vasco da Gama and Fluminense. Having won several awards at youth level already, he's certainly been a good student.

However, it’s at Flamengo that he made the big break. His performance for the club caught the attention of international scouts leading to interest from several top European sides. The likes of Barcelona, Atletico Madrid, Borussia Dortmund, AC Milan and Juventus circled for his signature. The club subsequently placed a £60million release clause into his contract. He made his senior debut for the side in the Copa Libertadores last July and impressed. He went on to feature for the club in the Brazilian top-flight; where he netted six times in 14 outings helping the team emerge as champions.

Considered by many as the best young player in his age category, the teen has been compared to former Ballon d’Or winner Kaka. Reinier possesses a remarkable dribbling ability and caps it up with an eye for a pass. Able to also apply the finishing touch by finding the back of the net, he's a world-class player in the making and a future national team regular.

His ability and position make him the perfect replacement for Luka Modric who is nearing the end of his time with Los Blancos. In the youngster Madrid is getting a player that will provide creativity in midfield while also providing goals. He may not be the next Lionel Messi, but will not be too far behind if he fulfils his potential.

At the moment, he is preparing to join up with the Brazil U23 side later this month and help the team secure a ticket to the 2020 Tokyo Olympics. But don't be surprised to see him smiling for the cameras at the Santiago Bernabeu in the near future. 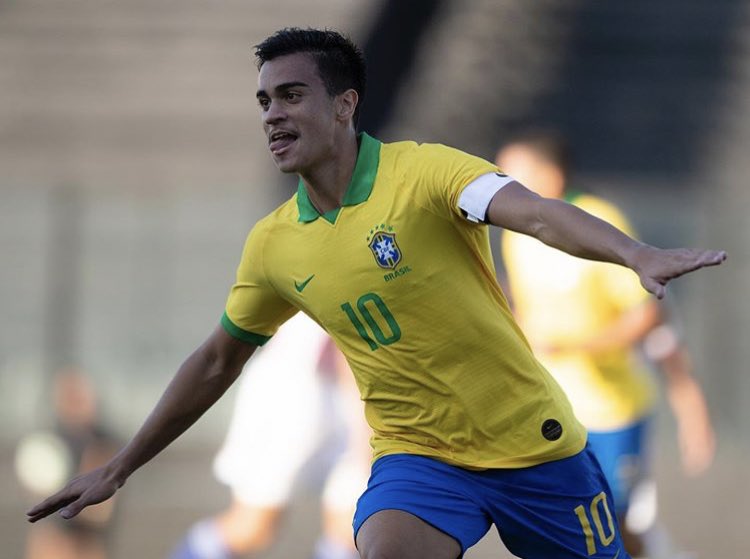